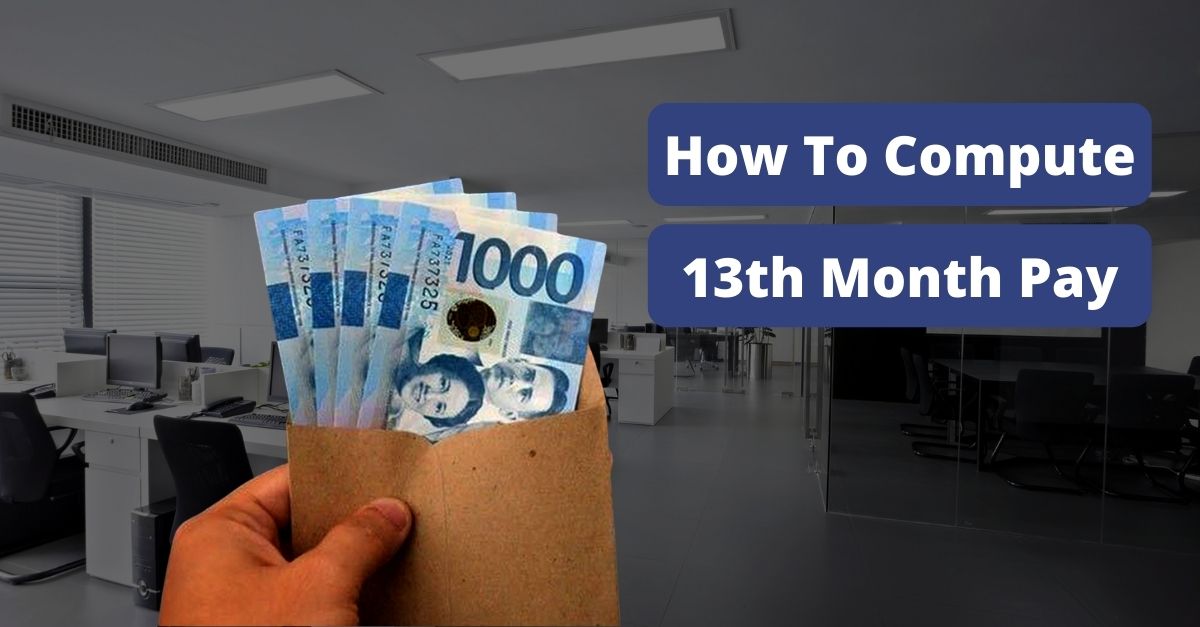 For Filipinos, the Christmas season is when everyone looks forward to buying gifts, parties to attend, and food to prepare on Noche Buena. However, above all that, there is one thing that Filipinos (especially employees) are more excited about – their 13th-month pay.

And no, not even the pandemic will stop employees from getting their much deserved 13th-month pay as announced by Malacañang on October 12, 2020. In fact, last year 2021, the government through the DTI has again extended financial aid to businesses that are struggling to provide 13th-month pay to their employees.

While it’s basically an extra month of monetary compensation for working for the entire year, its computation will vary depending on your salary and length of service for the entire calendar year.

Basically, the amount of the 13th-month pay is 1/12 of the employee’s annual salary. For this year 2022 though, an employee’s 13th month pay computation is based on their basic salary from January 1 to December 31 of this year.

It is also worth noting that employees who resigned, got terminated or separated from their respective companies are still entitled to their proportionate 13th month pay.

What is included in its computation?

Included in the computation

Items that are excluded from its computation are cash equivalent of unused vacation and sick leave credits, overtime, premium, night differential and holiday pay, and cost-of-living allowance. However, if these benefits are treated as part of the basic salary in the employee’s contract or agreement, then they shall be included in the computation of the employee’s 13th-month pay.

Not included in the computation

The 13th-month pay, as stated in the Republic Act 10653, is not subject to tax, only when the gross benefits received by employees of public and private companies do not exceed ₱82,000. Every employer is required to make a report of compliance to the nearest DOLE regional office not later than January 15 of each year.

How to compute it?

The 13th-month pay is computed based on 1/12 of the total basic salary of an employee within a calendar year, or your basic monthly salary for the whole year divided by 12 months.

To put it simpler, just get the sum of your basic salary for the calendar year then divide it by twelve.

When do you get this 13th pay?

According to the law, the 13th-month pay should be provided to the employees on or before December 24 of each year.

In most cases, employees get their 13th-month pay as early as the first week of December, while some within Christmas week or the day before Christmas day.

Aside from the 13th-month pay, many employees get another benefit called “Christmas bonus.” However, this is purely dependent on the employer’s initiative as it isn’t mandated by law.

In form, this can also vary because it doesn’t necessarily come in cash. Commonly, employers provide Christmas bonus in a form of gift certificates, grocery items or even cash, making it non-taxable.

An employer who fails to pay the 13th-month benefit can be subjected to administrative cases. Employees can file their charges at the nearest DOLE office. This monetary benefit is pursuant to Presidential Decree (PD) 851 signed by former President Ferdinand Marcos on December 16, 1975, which was later amended by the succeeding President Corazon Aquino. This mandate’s sole purpose is to allow Filipinos more discretionary money for Christmas and New Year celebrations.

It’s the only time of the year when our pockets are full or at least a few thousand pesos heavier. As we close in on the Christmas season and plan for our celebration, it’s also the perfect time to kick-start our savings or investment plans.

Recently Senator Raffy Tulfo has also urged the Department of Labor and Employment (DOLE) to enter a memorandum of agreement with the various local government units to require their local business to give their employees their 13th month pay on or before December 24, 2022 or face consequences.

This was discussed during a joint hearing by the Senate Committee on Labor and Employment and Human Resources Development. Senator Tulfo emphasized that employers who fail to present proof of evidence that they have given their employees their due 13th month pay before the aforementioned date would be denied renewal of business permits as there have been reported cases of companies not doing so, according to the senator.

14th-month pay remains to be optional for employers

Senator Vicente Tito Sotto filed a bill that will mandate employers in the government and private sectors to provide 14th-month pay to their employees, regardless of the employees’ status of employment. Unlike the 13th-month pay which will be paid at the end of the year, this shall be paid on or before May 31st of each year in anticipation of school enrollment of the employees’ dependents.

While Senator Sotto vowed to fast-track the approval of the bill, the Senate bill is still pending in Senate, and a House Bill for such law is also suffering the same fate in the House of Representatives. The House Bill however – aims to have the 13th month pay released before May 31st and then release the 14th month pay on or before November 30 of the same year, in preparation for the upcoming holidays. The 14th-month pay will also be prorated (according to the number of months employed) if the employee has not been with the company for more than 1 year.

While this is a measure that is unopposed by the working population, it isn’t the case for the businessmen running the private business sector in the Philippines. However, the Department of Labor Secretary Silvestre Bello III said in an interview that DOLE is consulting with both the labor and management on the feasibility of the 14-month pay to workers. He added that Dole would need to study the bill before indicating its position, which would also depend on the result of consultations.

This article was first published in November 2017 and has been updated for freshness, accuracy and comprehensiveness.