14 Lessons We Can Learn From the Ultra Rich Pinoys

If you are looking to improve your financial situation through entrepreneurship and smart investing, the best way to learn is by looking at the successful individuals who had done it before. And when we say success, we mean success measured by the billions.

One of the biggest misconceptions is that most of the billionaires had it easy because they were born with a silver spoon. Though this might be the case for some rich individuals, there are still good examples of those who achieved their success today through their own hard work.

Here are some effective lessons we can draw from the ultra rich on how to persevere and achieve our own success! If you are a small entrepreneur looking to make it to the big league, you can learn a lot from Henry Sy. SM Quiapo or Shoe Mart started as a small shoe shop in downtown Manila by Henry Sy in the 1950s, selling overrun and rejected shoes from different shoe factories.

Fast forward to the mid-80s, Sy was already able to establish the very first SM Supermall, SM City North EDSA. Amid the global financial crisis, then he was able to earn US$5 billion in 2010 alone. With the amassed wealth, he expanded his business into real estate as well as banking.

What can you learn from him?

1. Market leaders were once market followers

Every start-up business started as a market follower to other more established companies. The same for Sy. He is the perfect example of how an entrepreneur can grow a small business into an empire. Though he started selling shoes with a small shop in Quiapo, he was able to grow his assets and eventually opened his first mall.

2. You can fight the odds

Do you remember the 2008-2010 period when the economy was at its worst? Even when the numbers are stacked against you, you could and should still find ways on how to succeed. For Sy, it was a matter of being creative with his investments which led him to earn US$5 billion in 2010 alone.

The career of Sy from the 1950s to the present is a story of diversification. What are the different investments made by SM? He was able to become the proponent of malls in the Philippines, plus he transitioned well into the banking and real estate industries. This goes to show how important it is to step out of your comfort zone to achieve greater success. 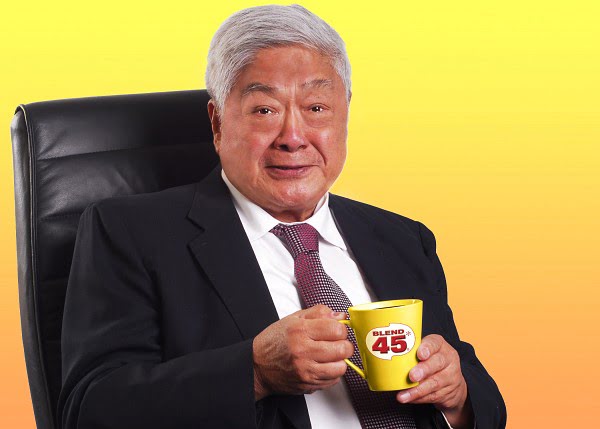 John Gokongwei Jr was born in Fujian Province, China on August 11, 1926,. He is known to invest in the telecommunications, aviation and the livestock industry. Being the third richest person in the Philippines, ranking behind Henry Sy and Lucio Tan, his story is nothing short of inspiring.

At a very young age, he had shown his entrepreneurial side in order to survive. Born to an affluent family in Cebu, his family lost everything when his father died when Gokongwei was still young and he was left to support his family. His father lost everything from the banks when he died. This event defined Gokongwei’s rise to where he is right now.

He started selling different things in the market just to meet the day–to-day requirements. By the Second World War, he started his company called Amnesia where he imported textile remnants, fruits and clothing from the US. His first taste of commercial success happened in 1957 when he was able to borrow funds from the then chairman of China Bank, Albino Sycip. With the P500,000 he started the milling plant which was then called the Universal Robina Corporation. And the rest is history!

What can you learn from him?

1. Your name or family background does not define you

The Gokongwei’s story is not your average rags-from-riches story. He lost everything and had to start from scratch, which was more difficult than not having anything to start with. If you know how to play your cards right, it is possible to increase your assets without relying on your family’s wealth.

2. Do not be afraid to get that loan

If you really know how to use your capital, it is possible to reach market leadership in your chosen market. A lot of people forget the fact that they need a capital in order to start something big. The bank is willing to help entrepreneurs who have an idea on how to grow that money.

3. Know what the market needs

During the Second World War, one of the toughest times to survive, Gokongwei managed to start his own company. It was not easy to import goods from anywhere but he managed to do it. His determination to overcome obstacles is one lesson than everyone should try to emulate. 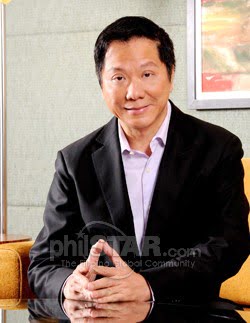 Widely known as the third wealthiest Pinoy, Andrew Tanis the newly crowned “Alcohol King”. Not only did he bring Emperador, a local brandy, to the top, he also managed to beat Ginebra San Miguel in the process. He owns both Emperador and Generoso brandy.

Emperador is the number one selling Brandy, reporting 109% growth in sales in just one year. In 2011, Emperador managed to beat United Spirits, the former market leader based in India, which is a larger population than the Philippines. Tan also operates McDonald’s Philippines, Resorts World Manila and Alliance Global Megaworld.

Tan had a humble beginning as a Chinese immigrant in the Philippines. During his college days, he would rather walk than take the public transport to the University of the East just to save some money. His father used to sell cheap battery powered transistor radios in Carriedo to support the family.

During his younger days, he saved up his money by not taking the public transport. This is a lesson that is still applicable today. Why waste your money in buying a car (that will surely depreciate in value) when you have other cheaper options?

Born in Hong Kong, his family started as a struggling small time entrepreneur in Quiapo, Manila. This situation never became a hindrance to him after so many years. He dreamed big and he worked hard to realize it.

3. Slow and steady win the race

Before Emperador became the number one selling Brandy in the Philippines, he kept a low profile from other well-established brands, such as Ginebra San Miguel and Lucio Tan’s Tanduay. Both brands were built in the 19th century, and going head-to-head with them would mean cut-throat competition for Emperador before it was ready. Patience is definitely Tan’s virtue.

4. Dare to be different

In terms of marketing, Tan centered the advertising of Emperador by affiliating success to his brand. This is far from the type of imagery that placed Ginebra San Miguel and Tanduay on the map of the liquor market.

David Consunji (Net Worth: US$3.3 Billion) 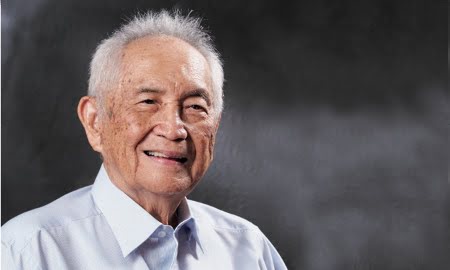 In the 1950s, David Consunji started making chicken coops for the bureau of animal industry, and he expanded the projects to hotels, hospitals and even the palace of Brunei’s Sultan.

DMCI, a company Consunji founded, began operation in a one room office in Manila until it was awarded the US$26 million contract to renovate the Ninoy Aquino International Airport in December 2013.

Currently controlling Semirara Mining, the largest producer of coal in the Philippines, Consunji has diversified his assets in construction and real estate.

1. Improve on what you do best

It is common for businessmen to diversify their investments. However, Consunji concentrated on what he knew best then, which was constructed and that had built a foundation of his wealth. New entrepreneurs may want to reduce the risks of failure by starting with their expertise first.

Entrepreneurs, no matter the size of the business, are exposed to vast opportunities with government projects. Not only does it help with nation building, it is also a good way to grow your business.

Manuel Villar (Net Worth: US$1.1 Billion) Manuel Villar, a real estate mogul, started as a financial analyst and an accountant, before becoming a house speaker during Joseph Estrada’s short stint at the presidency. Villar was among the wealthiest lawmakers due to his real estate ventures, and he ran for election in 2010 but lost to Benigno Aquino III. Though born to a poor family in Tondo, Manila, Villar graduated from the University of the Philippines.

Though there have been successful college dropouts, but it is no doubt that a good education can provide one with a solid foundation and vast opportunities to grow. Having the right foundation to manage a business can reduce the risk of failing. Villar recognized the importance of solid education when he enrolled in the most prestigious state University in the country, the University of the Philippines.

2. The future is in your hands

Who would’ve thought a boy from Tondo would eventually become a Congressman, a Senator and run for presidency? This just shows that everything is possible and we shape our own future. It is not about where you are right now, but about what you are going to do to achieve your success.

Billionaires come from different backgrounds, but they’ve all gone through their fair share of obstacles to achieve success. Despite the challenges that they have to deal with, they knew what is required to realize their dreams. Will you be paving your own path to success with these valuable lessons?