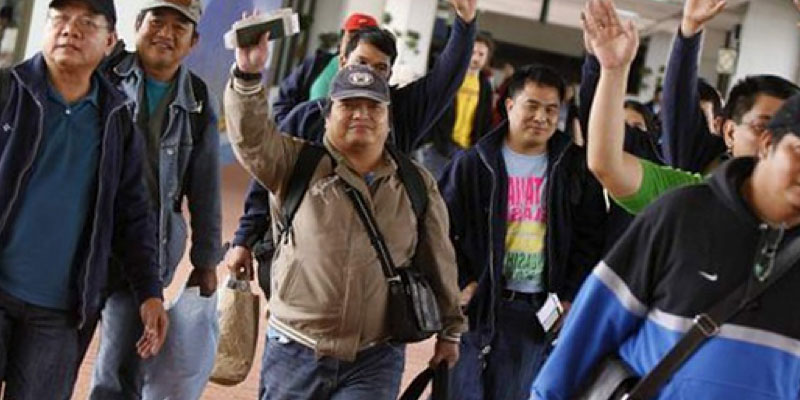 New job opportunities await Filipinos overseas, this time in China! The Department of Labor and Employment (DOLE) Secretary Silvestre Bello III said last January 28, Sunday that there are 300,000 jobs for overseas Filipino workers (OFWs) in China. According to DOLE, this move was their response to President Duterte’s statement about him reaching out to China if foreign employers continue to maltreat OFWs in Kuwait.

Additionally, Bello said that a third of the available jobs in China are for English teachers, who are needed as China’s economy grows. The job could pay as much as US$1,200 or equivalent to ₱60,000.  Aside from teaching jobs, China’s Labor Ministry is also said to be seeking musicians, nurses, cooks, household service workers, and caregivers.  China isn’t a traditional OFW destination, but due to their ageing population and lack of workers who are able to speak English, the demands are growing.

The bilateral agreement between China and the Philippines is set to be signed next month, outlining the salaries, work hours, benefits, and other employment rules for OFWs there. This is also made to protect the rights of OFWs who will be working there soon and prevent them from abuses. The Labor Department is now advising recruitment agencies to include the culture and norms of China in the training of workers who want to work abroad. Stringent screening on the employers in China will also be implemented.

Lastly, Filipinos seeking employment in China must only contact agencies accredited by the Philippine Overseas Employment Administration (POEA), said Bello. Applicants are also advised to check whether an agency is suspended and if its license is still valid.

The DOLE earlier suspended the deployment of OFWs to Kuwait after reports of abuse by foreign employers. Under Administrative Order No. 25, Bello directed the POEA to stop the processing and issuance of Overseas Employment Certificates (OEC) to all Kuwait-bound workers as authorities probe the death of seven OFWs in the Gulf State.