Did you think a P5,000 Valentine’s Day set menu for two was expensive? How about spending P44 billion on a gift for your wife? That’s a little more high-roller than we’re used to.

Love makes people do crazy things. Sometimes, it makes people spend an insane amount of money on gifts to prove their love. Let’s take a look at some of the most ridiculously expensive romantic gifts:

This puts the mahal in Taj Mahal.

The Taj Mahal is one of the most outstanding buildings in the world, famed for its beauty and almost perfect symmetry. The most recognizable Indian landmark was commissioned by Shah Jahan in memory of his third wife, Mumtaz Mahal. When she died, he was so devastated that he “gave up listening to music, wearing jewelry, sumptuous clothes or perfumes for two years.”

After her burial, Jahan turned his attention to designing this beautiful mausoleum as a tribute to his beloved. It’s hard to estimate construction costs for this beautiful work of architecture, but some historians say that the costs of building the Taj Mahal were around 32 million Indian rupees during the years 1632-1653. Converted to today’s money, that’s just a little over $1 billion (P44 billion)! 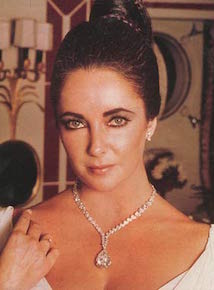 Elizabeth Taylor is no stranger to fine jewelry, from a diamond tiara to a stunning Bulgari 312-carat sapphire necklace. But the most famous piece of jewelry she owned was the Burton-Taylor diamond, a 69.42-carat pear-shaped diamond that Richard Burton purchased at auction for over $1 million in 1972. In today’s money, that’s P251.4 million! ”I don’t care how much it is; go and buy it,” Burton is reported to have said to his agent after he was outbid by Cartier. Eventually, Cartier agreed to sell the diamond to him, as long as they could display it. More than 6,000 people a day flocked to Cartier’s New York store to catch a glimpse of the Taylor-Burton diamond.

Unfortunately, while diamonds are forever, their marriage ended in divorce. Taylor then auctioned the diamond off for $3 million (P132.3 million) to fund the building of a hospital in Botswana. 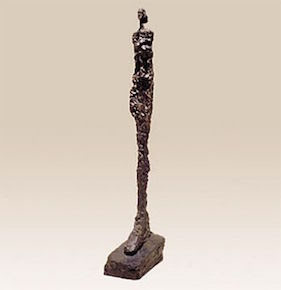 No, it’s not a doorstop.

Roman Abramovich is the fifth richest person in Russia, estimated to be worth $9.5 billion (P419 billion). He also likes art. So back in 2008, he decided to buy some art for his girlfriend, Dasha Zhukova, from the Basel art fair. But not just any old sculpture — this one, a piece by the Swiss sculptor Alberto Giacometti, cost $14 million (P617.6 million).

Abramovich likes his art, and is one of the world’s foremost art collectors. Besides this $14 million present, he’s also bought Francis Bacon’s Triptych,1976 for $86.3 million (P3.8 billion) and Lucian Freud’s Benefits Supervisor Sleeping for $33.6 million (P1.5 billion). He’s even funded an art museum, the Garage Museum of Contemporary Art in Moscow, founded by Dasha. 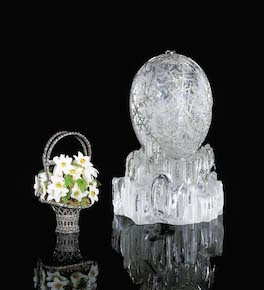 Not your ordinary Easter eggs.

What did you get your sweetheart for your anniversary? A teddy bear? Flowers? Or did you have a jewelled egg custom-made at great expense , that when opened reveals a gold hen with ruby eyes, perfect for Easter?

If you’re Tsar Alexander III of Russia, you did the last one for the 20th anniversary of your betrothal your wife,  Empress Maria Fedorovna. Empress Maria loved it so much that the Tsar asked Peter Carl Fabergé to make one of these special jewelled Easter eggs every year. When Alexander III died, his son Nicholas II had a standing order of two eggs every year — one for his mom, and one for his wife. Each egg was different, but all of them contained a surprise.

50 “imperial eggs” for the Russian royal family were produced, but only 42 have survived. The most expensive one, the Winter Egg (pictured above), is made out of rock crystals, platinum, rose-cut diamonds, brilliant diamonds, among other gems. Its original cost was around $2.5 million (P110.2 million) in today’s money, and was bought at a Christie’s auction in 2002 for $9.6 million (P423.5 million). 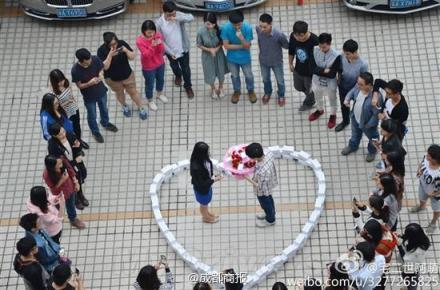 There’s an extra charge for the SIM cards though.

Now for an amount that’s a little more reachable (but still ridiculously expensive). You might remember the hapless Chinese programmer who spent $82,000 (P3.6 million) on 99 iPhone 6 units on a romantic gesture. On singles day (November 11), the guy used 99 iPhone 6 boxes to form the outline of a heart, and then proposed to his girlfriend as he held a bouquet of flowers.

Unfortunately, his girlfriend said “no”, and now our romantic hero has 99 problems, but a fiancée ain’t one.

You don’t have to bankrupt yourself to prove your love. Check out our ideas for budget dates, perfect for Valentine’s Day.