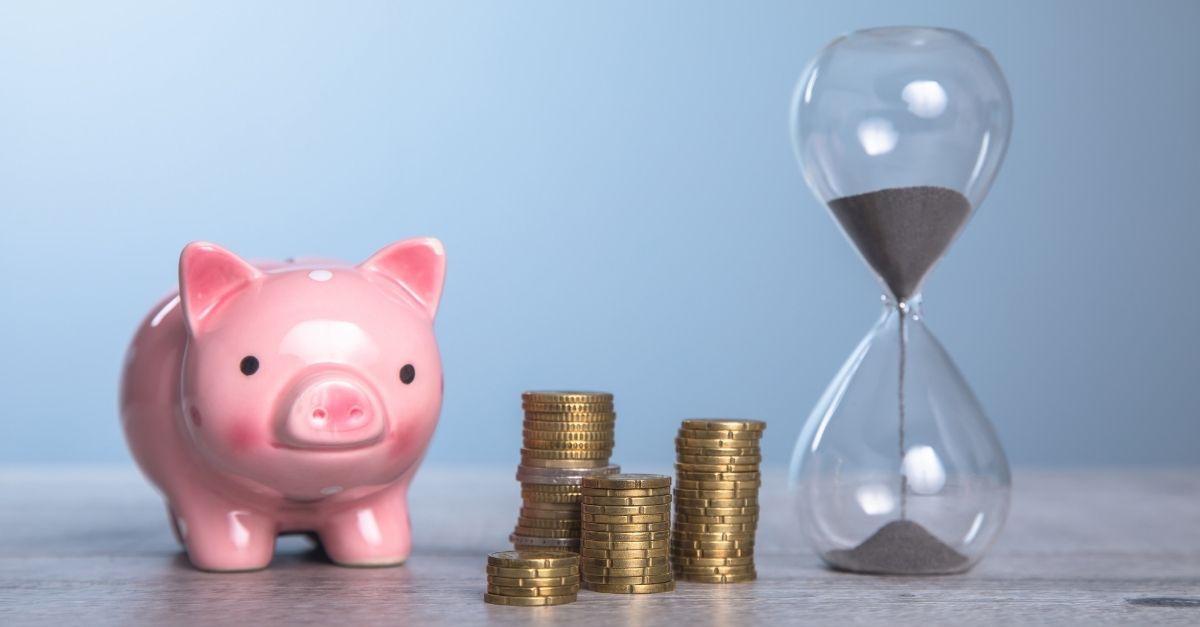 6 In 10 Pinoys Not Optimistic About Early Retirement

Whether your income source has changed as a result of COVID-19, or you simply want more time with your family, retiring before the age of 65 may suddenly seem more appealing.

Retiring by the mandated age already entails a lot of hustling and financial work. How much more is early retirement?

To understand Filipino’s perception and preparation towards retirement, we ran a survey with over 800 respondents. The goal was to know if they are ready for retirement and if they plan to retire before the legally-mandated retirement age.

Here are the key takeaways…

Not optimistic about retirement

Of the respondents, 52.5% said that they plan to retire at 50 onwards, while 10.3% think they can never retire. That’s a staggering 60.3 percent of them having a not-so-optimistic (or realistic, depending on how you look at it) view about their financial preparedness for retirement. This feeling isn’t only found in the older generation either. Upon further introspection, respondents from ages 18 to 34 years old shared the idea that they will be working for a long time. Of the age group, 45.1% think they’ll retire in their 50s onwards, and 10.5% don’t even consider retirement a possibility.

Side-hustling, a secondary source of income

While early retirement (or retiring at all) is not on the cards for many Filipinos, there is still a culture of diversifying income streams. Pinoys have always been known to be “madiskarte” and that resonated well in our study where 64.4 percent of our respondents said they started a side hustle since the pandemic started. Common reasons for this are as follows: Aside from the traditional side hustles like small businesses, “freelancing” has become a common money-making opportunity for Filipinos especially with the Millenials. In fact, the country was the 6th fastest growing market for freelancers in 2019, according to the Global Gig Economy Index by Payoneer – an online Payment platform.

This has become a more common job nowadays, especially when working from home has now become an option for many.

But despite this extra income, many of them still lead a paycheck-to-paycheck lifestyle which is likely impacting their chances of putting together a retirement plan.

Petsa de peligro is a thing for most Filipinos

This phenomenon is more common than we think; 71 percent of respondents claimed that they are usually broke before payday. The pandemic has exacerbated this situation due to its economic impact. 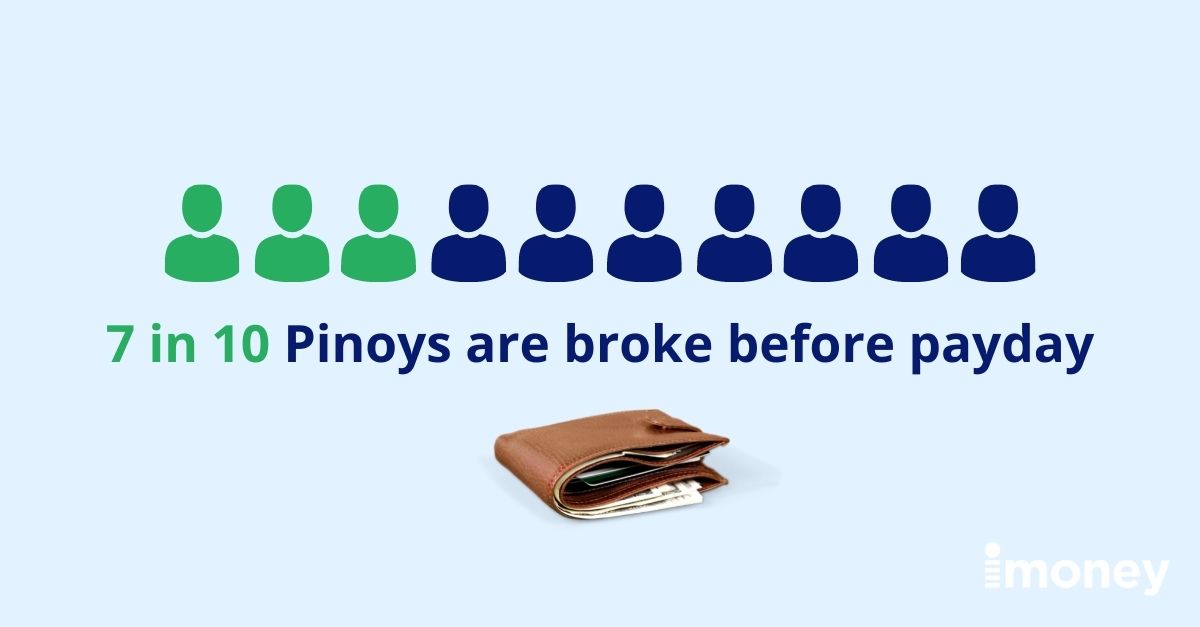 Filipinos are generally known for spending their cash as soon as they get it. However, it should also be noted that Petsa de Peligro may not be a sign of being wasteful. It can include emergency or unforeseen events such as illnesses or a car breakdown; getting lower pay than expected due to various reasons.

Or maybe, they are simply not earning enough. With the lingering economic effects of the pandemic, the situation may have exacerbated the pay-check-to-pay-check lifestyle of most Filipinos.

A movement aimed at achieving a financially independent status as early as possible called the FIRE movement suggests that to retire comfortably, you must save up at least 25 times your annual salary.  This paycheck-to-paycheck lifestyle makes it impossible to even spare some money for savings and emergency funds.

According to a study conducted by the Philippines statistics authority, the average Filipino has an annual income of at least ₱313,000 peso, that’s equivalent to ₱26,083 a month. However, a separate report found that a single person needs to earn about ₱26,168.49 a month to have a comfortable life.

Filipinos have a total life expectancy of roughly 71 years, according to data reported by the United Nations Population Fund in 2019. If you wish to retire comfortably, you’d need to have at least 25 times your annual salary (₱313,000 x 25) which would equate to about  ₱7.825 million by age 40.

Considering the gap between wages and cost of living, it is easy to see how Filipinos are hard-pressed to save for retirement – much less early retirement.

Investments are passive income vehicles that can play a major role in building the needed wealth for your retirement. While putting money into savings as a retirement fund can work, you are more likely to hit your goals by using investments as compounded returns can help you beat inflation.

Despite this, only 34.2 percent of our respondents have investments, of which nearly half of them just started since the pandemic. It’s an established fact that the majority of Filipinos aren’t investment savvy, and pre-pandemic figures recorded 18.5 percent of the total number of retail investors are local investors.

It was only during the height of the pandemic that the Philippines Stocks Exchange (PSE) saw a surge of local investors, increasing by more or less eight percent from the previous year.  From 18.5 percent in 2019 to 25.9 in 2020. That figure has continued to rise as the investment market becomes more accessible to Filipinos online and through apps.

This may seem too little too late, but Filipinos have traditionally faced many barriers that prevented them from investing. It has only been the rise of alternative services like robo-advisors that have opened the gates for this form of passive income.

Back in 2019, 71 percent of Pinoys remained unbanked. Access to a bank account was difficult for most Pinoys because of the documents and money required to open one. Investment platforms in the past were generally flocked by the affluent who have bank accounts and access to enough disposable income.

Yes, one can argue that not having enough disposable income could be the reason why only a few Filipinos invest, however, the rise of cryptocurrency has somewhat proven that it isn’t necessarily the case.

More Pinoys are investing in crypto

While only a small percentage of our respondents have investments in the stock market, the crypto market however has become a huge phenomenon in the Philippines. Out of the 34% of investors in our survey, more than a third  (38.4 percent) of them invest in crypto. 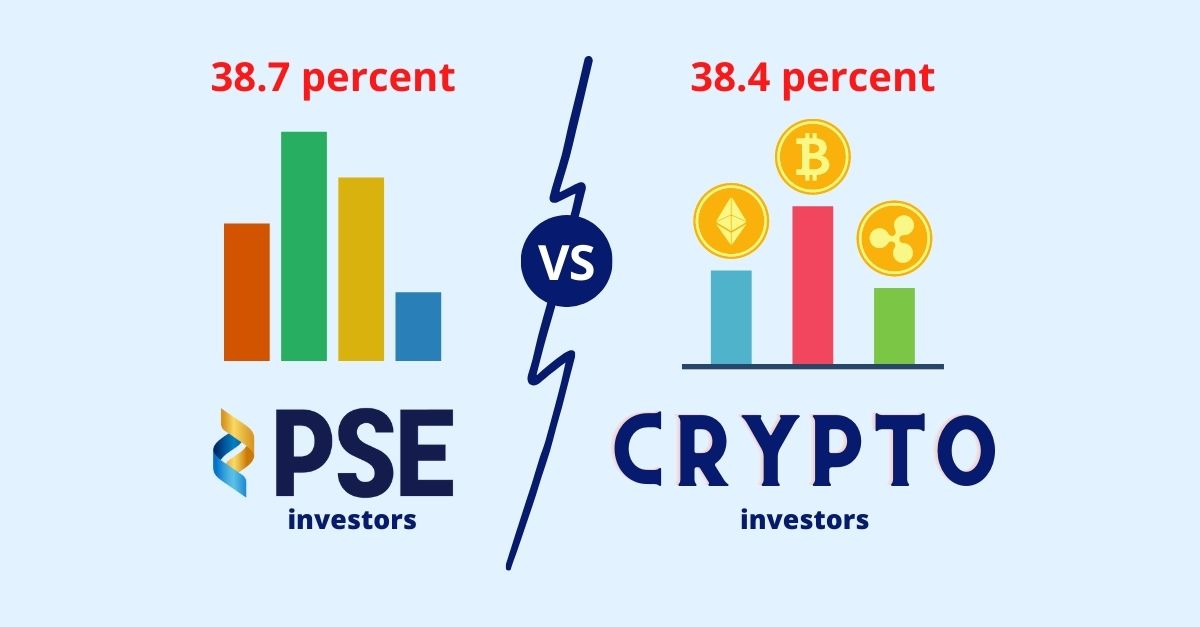 It’s almost the same number as stock market investors (38.7 percent) despite the crypto market being a new investment landscape.

What does this imply?

Over the years, traditional investment such as the stock market was mostly flocked only by the affluent. In fact, in 2017, only 0.5 percent of the population are engaged in the stock market according to the BSP. While the country had fully adopted the internet even before that period, the facilities to access investment opportunities weren’t easily accessible and required a bank account. Signing up for an account in COL financial, for one, required a lot of paperwork and some bureaucracy.

In contrast to cryptocurrency, it was easily accessible to the public who have smartphones; it requires little to no paperwork. Thus, it was fully embraced by Filipinos and is giving the stock market a run for its investor money with the country grabbing the 15th spot in the cryptocurrency adoption list. This speaks volumes in how accessibility plays a vital role in the participation of Pinoys in investment opportunities.

This is not to say that Filipinos should solely rely on an investment vehicle to retire early. We can’t expect everyone to be Warren Buffet after all. But with better access and the government initiatives to further promote financial inclusion and education [See 1, 2, 3] to the average Filipinos, one day more Pinoys will be better equipped in achieving financial independence to boost the feasibility of early retirement.

As our survey has shown, more Filipinos are willing to put in the work to make ends meet and secure a better financial future. Better access to income opportunities and financial education should provide more optimism among Filipinos to retire early or at all.