7 Ways to Save the Environment while Saving Cash 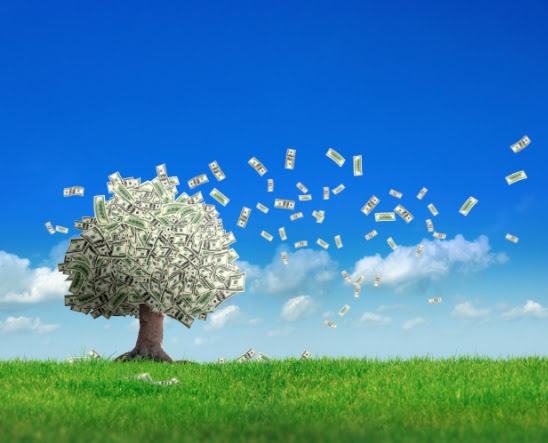 Saving the environment doesn’t only ensure a habitable Earth for generations to come. A greener environment has proven to bring in wealth to many nations. But a thicker wallet for yourself, perhaps? Definitely!

Ever wondered why environmentally products are becoming a trend? Consumers are not simply driven to save the world. People are looking for fast and instant gratification that they can acquire. Thanks to government initiatives, there are now things that industries do to favor the environment, while allowing people to spend on better things.

Water is life as access to water allows us to do things that we do on a day to day basis. Statistics show that the average cost of 20 cubic meter consumption of water is at P631 in the Philippines.

How to save water? A lot of households manually wash their clothes in doing it twice or thrice a week. Without a washing machine, it is still possible to conserve water by budgeting the amount of water used per batch of clothes. Studies show, the average use of water of washing machines per kilogram of clothing is at 10 liters. However, with newer models, you only have to use 5.5 liters per kilogram of clothing. It is best to check any electronic’s efficiency rating, though it costs more, but far less for recurring expenses.

Owning an apartment with little furniture and appliances has proven to spend lesser pesos for any utilities because these owners are forced to live minimally in order to not waste space in their home. Now, reducing things that you use on a day to day basis can help save not only the environment, but also a large chunk of your budget.

Do you have some things that are no longer used at home? One of the best ways on how making some cash from them is to sell them to the local recycling plants. In fact, there are even times when even malls are opening up to these things. Monitors, processors, phones that are already broken, even the old newspapers, these are some things that could still be sold and even transformed into other more useful things. Is this serious money? No, but it is better than nothing.

With the age of new technology, it is now possible that you conduct meetings via Skype, Google Hangouts or ooVoo. In fact, if you could operate a business using only the Internet in instructing your employees and team, then perhaps, holding a meeting is also achievable at this point.

This method has been known to avoid carbon footprint and saving money on gas. Not only that, it has the ability to also save your time and effort. With high speed internet becoming available for households and businesses, this is a very practical option that can help conserve the environment not to mention help your wallet in the long run. Could you imagine if every meeting for the next years is simply conducted via Skype? Just imagine the convenience, not to mention you don’t have to deal with the worsening traffic conditions in the Philippines.

Renovate your home with Insulators

In a tropical country like the Philippines, it is common that we hear complaints of hot and humid weather during the summer. This is also the time when people consume more electricity. Gypsum boards installed on homes can already help keep the room stay cool. This means that you don’t have to push your air-condition harder just to stay comfortable. In the long run, this can help you not only stay comfortable, but also spend less on your air conditioning unit, and in effect, save more money on electricity.

Smarten up your Kitchen

There are a lot of ways on how you can save a lot of energy and money on your kitchen. In fact, if you want to not use gas, or electricity so much when cooking, try switching to the convection type ovens. How do these things operate? This type of oven makes use of fans to make the hot air circulate more evenly, making sure that the food gets cooked evenly.

Documents printed on paper take up space and over time accumulates dust and foreign matter that will do more harm than good. Companies nowadays, go paperless and rely on cloud technology to store essential data. Why not? It’s easier to maintain and can achieve the highest form of security. The common practice in the Philippines is finding reasons not to print whilst placing a printer in the most obscure area of the office to completely feel inconvenient and a waste of time in performing to do so.

In our day to day use, there are also ways on how to not use paper. For instance, if you have your smart phone, you could use this to make a list instead of writing everything down on paper. Or perhaps, you could also opt to just have the coupon to your mobile phone instead of being printed. Paying the bills can also become paperless as you could opt for online banking to settle your monthly utilities.

There are a great number of creative ways on how you can save electricity. In the Philippines, let’s agree that though we live in a third world country, the electricity bill is comparable to first world counterparts if not higher. One of the things that you can do to save electricity is to consciously turn off the lights and appliances that are not in use. For offices, they do this in a more systematic way. They install motion detectors which automatically turn on or off the lights in a room. This way, they minimize the occurrence of someone forgetting the lights turned on.

For some households that have enough cash, they managed to acquire of solar panels and batteries that could power portion of the house. But of course, you have to be aware just how much this could cost. For some homes that have partially powered the house through solar cells and batteries, they invested as much as P500,000. In effect, this can cut the bill by as much as P15,000 a month.

If you don’t have the money to spend on solar power, it is a good idea that you purchase appliances that have superb efficiency ratings. For air-conditioning units, for instance, you can invest in those that are called the inverter types. These air conditioning units are known to not consume so much energy.

Aside from this, you can also remove phantom energy in the house. What is phantom energy? If you plug in appliances, even if they are not in use, these things can consume electricity to add up your bill. According to research, there is a chance that as much as 10% of household electricity bill can be cut simply by unplugging the appliances that you have.