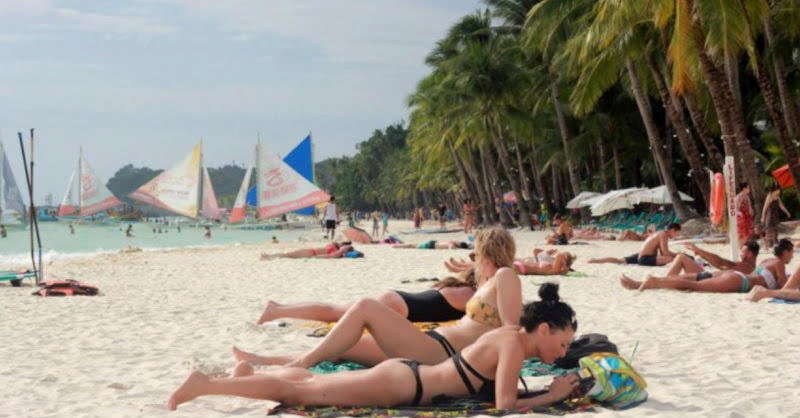 President Duterte was forced to shut down Boracay on April 26 this year due to Boracay’s lack of proper sewage system, illegal structures, and the environmental abuses that it faced. All these issues were swiftly addressed by the national and local government, along with the cooperation of business owners during its temporary closure.

During the rehabilitation, establishments in Boracay with over 50 rooms were mandated by the government to have their own sewage treatment plans (STP) ahead of Boracay’s reopening. The Department of Tourism also required the establishments to be accredited as a tourism facility before they could operate.

More than a thousand establishments and residences have been issued notices of violation of environmental laws. Most of these ranged from encroachment on the easement zone at the beachfront to the construction of structures in forestlands and wetlands

A month before the opening, Boracay waters were already declared as safe and clean by the authorities as coliform levels at the white beach front and the east side of the island are now far below the maximum tolerable level.

Lastly, to make sure that Boracay will not face environmental abuses again, the government has limited Boracay to 6,000 visitors per day as that is its actual carrying capacity.

Despite the massive rehabilitation efforts, Boracay’s main road remains under construction. The island’s main road network which is a 4.1-kilometer Circumferential Road will be completed by year-end. There also remains a gap from Barangay Manoc-Manoc to Barangay Yapak. Due to this, tourists and residents were told to manage their expectations. However, that this is only the first phase of the project as emphasized by the government. The second phase of the rehabilitation process is set for April 2019, and the island will be back to its full glory by December 2019.

Inspired by the clean up done in Boracay, the Department of Tourism has issued a warning to other major destinations. If they do not clean up their act, they will be the next subject for the shutdown and rehabilitation. Most of the warnings have to do with the failure to comply with the easement space for beachfront shorelines. Among these major destinations are El Nido in Palawan, Panglao in Bohol, Oslob in Cebu, La Union, and Baguio City.

The Interior Local Government Department has sued Aklan Governor Florencio Miraflores and a dozen Malay town officials for graft for their supposed negligence in managing Boracay. Boracay workers whose jobs have been affected by the island’s closure were provided monetary assistance by the government.