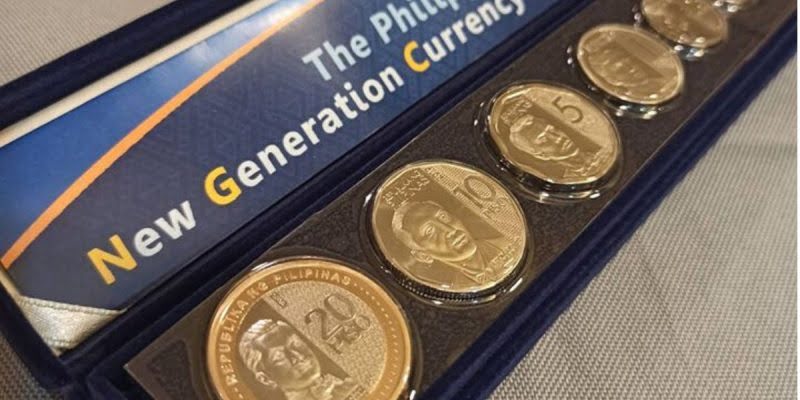 The Bangko Sentral Ng Pilipinas (BSP) has finally launched the PHP20 coin which will replace the banknote form of the currency. Just like its banknote predecessor, it will still showcase the image of former President Manuel L Quezon on the front. Meanwhile, the flip side of the coin will bear the logo of BSP, the Malacañang Palace, and a native flora called Nilad. 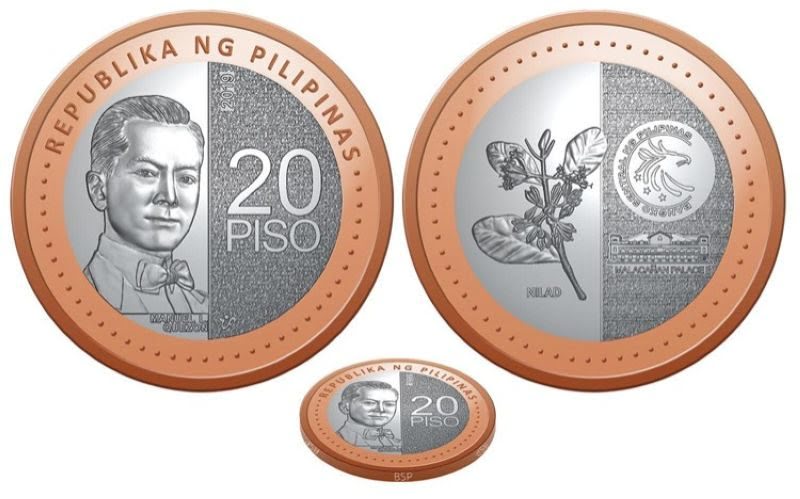 The PHP20 coin, according to the BSP, is a more cost-effective form of currency as it will have a longer circulation life compared to the bill. While the cost to produce the PHP20 bill was only PHP2, the currency will only last 6 months. Meanwhile, the PHP20 coin would cost PHP10 but could last for 10 years.

Together with the launch of the PHP20 coin was also the introduction of an enhanced PHP5 coin. 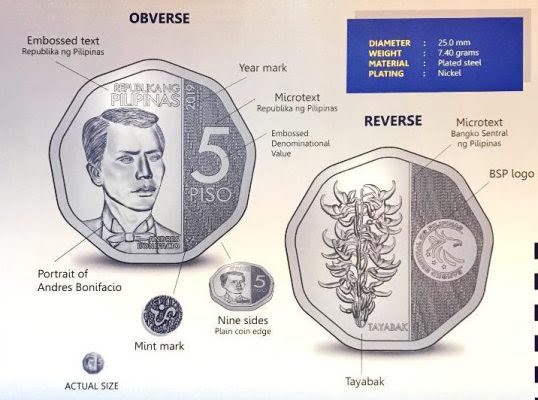 The new PHP5 coin features a distinct form compared to other coins, bearing nine sides (nonagon) to make it easier to feel and distinguish. It is made out of nickel-plated steel, with a diameter of 25 millimeters and weighs about 7.30 grams.

The front side of the coin will still be featuring the portrait of Andres Bonifacio, while the flipside will showcase a different type of flora on one side called Tayabak and the BSP logo on the other.