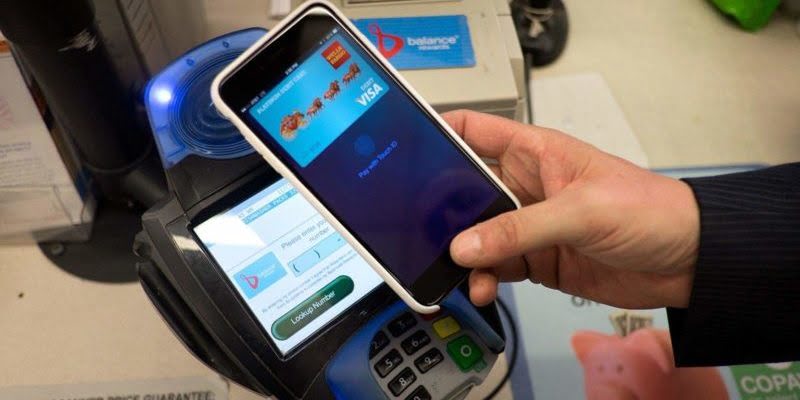 Is The Philippines Ready To Go Cashless?

It’s 2018, and it’s time to level up on how we manage our finances. One of the best and most convenient ways to be on top of our finances this year is to make use of electronic payments.

The Bangko Sentral ng Pilipinas (BSP) has teamed-up with banks for its National Retail Payment System (NRPS) program, which aims to increase electronic payment usage from the current 1% to around 20% of total payments by 2020 through seamless, convenient, affordable and secure fund transfers between banks and electronic money (e-money) accounts. The e-payment system is set to be established this year.

The demand is here

According to the Visa’s Consumer Payment Attitudes Survey in 2016, Filipinos are ready to go cashless.

Six out of 10 Filipinos prefer cashless payment. Today, 49% have more cards in their wallets compared to five years ago, while 29% carry less cash. The increase of cashless payments can also be contributed to the advent of online shopping, with online retailers such as Lazada and Zalora going strong in the market.

According to the survey, 71% of Filipinos now shop online at least once a month, and the e-commerce industry is expected to grow 30% year-on-year. Aside from shopping, other online transactions made by Filipinos involve bill payments, a more convenient way of managing their bills.

More than half (62%) of the respondents also found carrying cash unsafe, while 57% preferred faster transactions, which is possible with electronic payments.

The findings from the survey indicate that banks in the Philippines are in a perfect position to leverage on the country’s strong electronic payment opportunities.

Challenges in the e-payment system

Despite the growing popularity of electronic payment, not many Filipinos utilize credit and debit cards for their daily transactions. This is likely due to the low banking and credit card penetration rate in the Philippines. Unfortunately, credit cards are limited to mostly the affluent and the middle class population in the country. It has also been a factor hindering the growth of the country’s e-commerce sector in its earlier years.

Here are a few obstacles that Filipinos face to become a cashless society:

According to the country manager of VISA, Stuart Tomlinson, among the barriers that are contributing to the relatively lower adoption of electronic payments in a country are due to the lack of bank branches and Internet access. In the case of the Philippines, there is an abundance of banking facilities, but they aren’t very inclusive. In fact, according to the VISA’s study, only 15% are credit-eligible. This is why, Philippines is lagging in terms of credit card use compared to its neighboring countries.

This is further exacerbated by the fact that more than two-thirds of the country’s adult population are currently unbanked. Without a banking account, Filipinos are mostly dealing with cash in most of their financial transactions.

While majority of Filipinos have access to mobile internet, not everyone is willing to shell out a good sum of money for a slow and limited (data-capped) internet service. Mobile data in the Philippines is not only slow, but also expensive. Thus, it ranked 74th out of 77th countries in a research done by Open Signal on LTE speed.

Furthermore, not everyone has a home broadband; many Filipinos only access the internet through their smartphones. On the other hand, majority of the Small Medium Enterprises (SMEs) in the Philippines aren’t fully utilizing the potential of the internet yet. Not only because it’s slow, but also broadband packages for businesses aren’t as cost effective for small businesses that aren’t fully utilizing internet connection to operate.

This makes accepting card payments difficult for these merchants, as the terminals run on Internet connection.

Europay, MasterCard, and Visa, also known as EMV, are the three companies that originally created the current credit and debit payment system. This technology was only implemented in 2017 in the Philippines, while other countries have had it in place ten years ago.

This technology makes use of EMV cards to store data on the cards’ circuits in addition to magnetic stripes.

EMV cards features are as follows:

The late introduction of EMV technology in the Philippines, is one of the factors in the slow adoption of electronic payments in the country because merchants and consumers are just started getting accustomed to it.

How can Filipinos benefit from being cashless?

Filipinos have a larger appetite for new technology that bring convenience and security compared to the rest of the neighboring nations who are already ahead in the game. This is another conclusion that VISA gleaned from their study, and it indicates strong electronic payment opportunities in the future.

Enabling access to electronic transaction accounts will enable the majority of Filipinos to use e-payments, which is a more secure and cost-effective means to access a full range of payment and financial services such as contactless card payments, online payments and conventional credit or debit card payments over the counter.

The ease of conducting financial transactions is probably the biggest motivator to go cashless. It eliminates the need to carry wads of cash, plastic cards, or even queue up for ATM withdrawals. With the manic traffic in the city, any change that can help you avoid travelling to the bank is much looked forward to. It’s also a safer and easier spending option for people who are travelling.

Online shopping has provided consumers more products to choose from and for many cases better deals – not just locally, but also internationally. This will also help you make better financial decisions because you can easily compare products and prices before making a purchase.

Having the capability to track your spending will make it easier to have a better grip at your cash flow. Written records will let consumers keep tabs on their transactions, which is the first step to successful budgeting. This also provides consumers the opportunity to build their credit history or record, but whether it will be good or bad, will depend on the consumer’s financial habits.

With clear credit history, banks will be more inclusive in their products marketing or approval. It will be easier to apply and qualify for banking products and services such as credit cards and loan – provided that you have a clean credit record. However, this can work both ways, as your product application can also be easily rejected due to poor financial health.

With the obvious demand for more outlets and resources for electronic payment, there’s no other way to get around but for our country’s payment system to adapt it. The question now is not whether the country is ready for a centralized cashless payment, but rather how well will the Filipinos adapt to it once it gets implemented in the not so distant future.