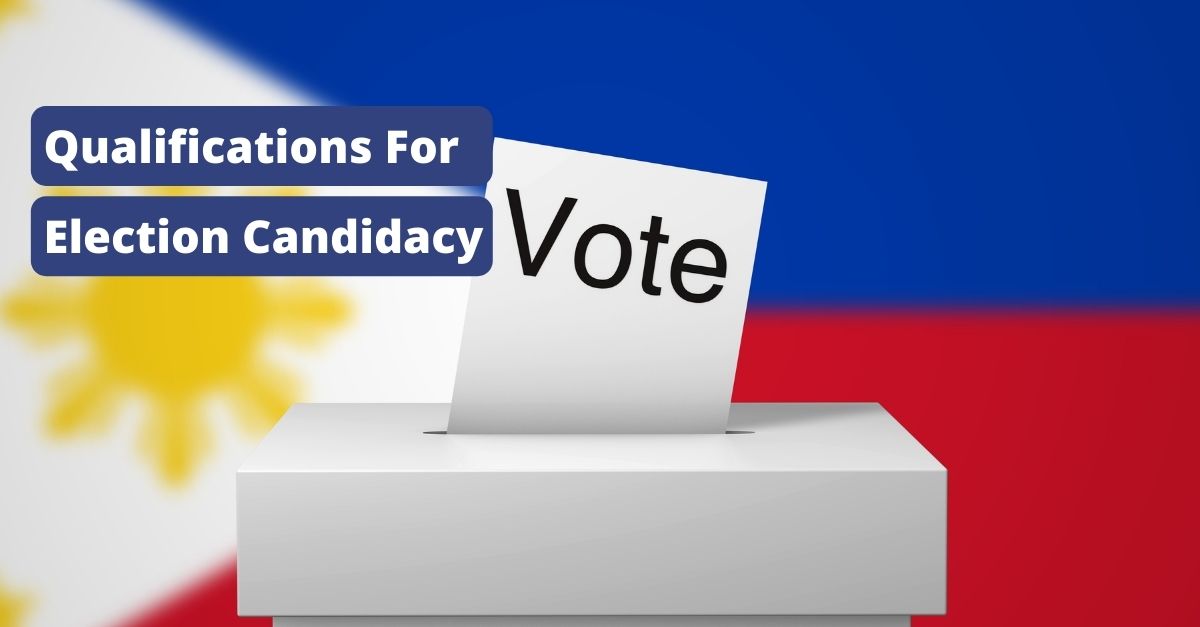 Election 2022 Quick Refresher: Everything You Need To Know About The National Post

The 2022 National Election is set for  May 9, 2022, and it will be the 17th Presidential election and 16th Vice presidential election in the Philippines since 1935. However, that election will not just be about the two highest posts of the land, we will also be voting for Senators and Representatives for the House of Representatives. As that much-awaited day draws nearer, it’s never been a better time for us to thoroughly understand what these roles entail and their significance in running our country.

If we want to pick the right candidates for the job, we must first understand the job. To make that task easier for you, we’ve curated everything that you need to know about the positions that are up for election in May 2022.

What are the qualifications to be a candidate for the highest government positions in the country?

A Representative is a member of the House of Representatives and represents the people of their district in hearings, and in developing and voting on legislation and policies. They are also informally referred to as Congressman or Congresswoman.

The House of Representatives is one of the government bodies that proposes, debates, and votes on new laws.

A member of the House of Representatives can be elected for a three-year term and is eligible for re-election for not more than three consecutive terms.  Around eighty percent of congressmen are district representatives, and they represent different geographic areas in the country.

The Senate is composed of twenty-four Senators and in the upcoming election 12 seats will be vacated and needed to be filled. Unlike the House of Representatives, a Senator is elected by the entire electorate and not from those within a single district. This is because this post is intended to make the Senate a training ground for national leaders, and even a launchpad for the Presidency.

Senators are expected to have a broader outlook of the country’s issues because they’re supposed to look at them on a national level, whereas Representatives are their district-level counterparts.

The qualifications for membership in the Senate are expressly stated in Section 3, Art. VI of the Constitution is as follows:

As outlined in Article VII, Section 3 of the constitution, the qualifications for the Vice President are as follows:.

The highest post in the land. The President is the Head of State, Head of Government, and the commander-in-chief of the Armed Forces of the Philippines (AFP). As the Chief Executive of the land, the President can exercise control over all the executive departments, bureaus, and offices.

Upon winning an election, the President will serve the people for a term of six years. He or she is only qualified for one term, re-election for the same post is not allowed by the constitution. The duly elected President of the Philippines starts his seat in power at noon on the 30th day of June after the election.

According to Art. VII, Section 2 of the 1987 Constitution prescribes that no person may be elected as President unless he possesses the following qualifications:

Filing of Certificate of Candidacy

Filing of a Certificate of Candidacy (COC) is a formal declaration of a candidate’s intent to run for office in the upcoming election. It’s a very straightforward process, and in theory, anyone could actually do it as long as they meet the eligibility discussed above for those respective national posts.

The Commission on Elections (COMELEC) has set the filing on October 1 to 8, 2021. Anyone who wishes to run for a post in the upcoming election must submit the requirements and COC to the COMELEC within the said dates.

COC forms are available at the Comelec offices or can be downloaded from the Comelec website.

The following requirements must also be submitted.