When should you exchange money for a trip abroad?

It doesn’t matter whether or not you’re financially savvy or you always travel overseas. If you at least flew to another country once, you might agree that converting your peso to a different currency is a pressing matter – should you exchange it here at home? Bring your peso overseas and exchange it there? Or should you just withdraw from an ATM in your destination?

Other than losing some of your money’s value when you don’t do it right, buying travel money may also present opportunities for the financially savvy traveler.

Here’s how to plan ahead so that you can get the best value for your hard-earned money and have more control over currency exchange rates. 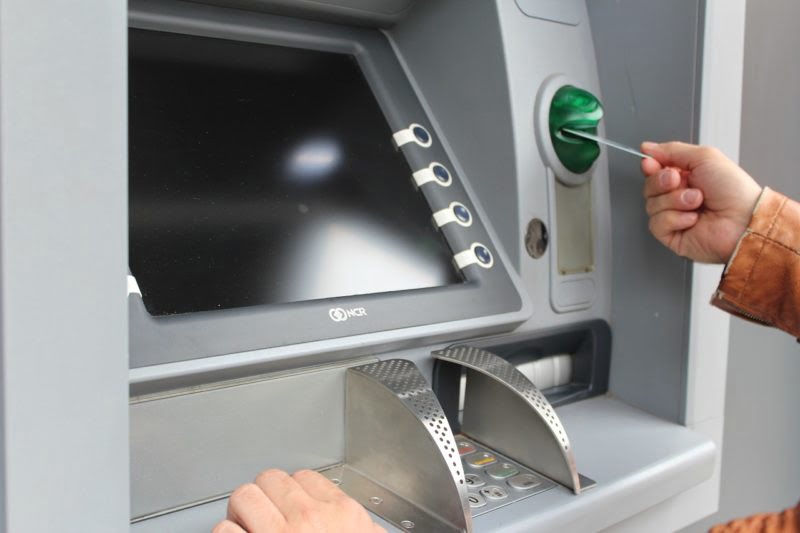 Most often than not, withdrawing cash from a foreign ATM can give you a better currency exchange deal than exchanging your money to local currency in your foreign destination.

Other than more favorable rates, it’s also a lot more convenient. However, it can also be unfavorable in some specific situations depending on your bank’s foreign ATM withdrawal policy and the ATM that you will be using.

But before you do that, here’s what you need to know about how banks are charging you for an ATM withdrawal at a foreign ATM:

It’s least favorable to withdraw from overseas ATM when…

You’re withdrawing a small amount of money.  If you’re withdrawing only a few hundred pesos to just a thousand, you’ll definitely feel the brunt of those foreign transaction fees charged by your bank.

On the average, you’ll be paying at least ₱250 (or more!) per withdrawal, because it’s either you withdraw a big enough amount to be charged with 2% or be charged for a flat fee, whichever fee gets the bank a bigger fee. That’s already equivalent to a meal for two at a local fast food chain or a two-way taxi fare for some.

As a pro-tip, it is better to do one or two big withdrawals overseas to cover the entire course of your trip.  If you take that principle into account, withdrawing money from an overseas ATM will definitely make more financial sense, and it’s convenient at that.

But before that, make sure you do these things first!

Nothing beats the convenience of carrying around a debit or credit card. Despite that, modern-day debit cards still have limitations, or they’re simply designed for limited capacity.  To make sure you don’t stumble into any trouble with your debit or credit card on your next travel overseas: 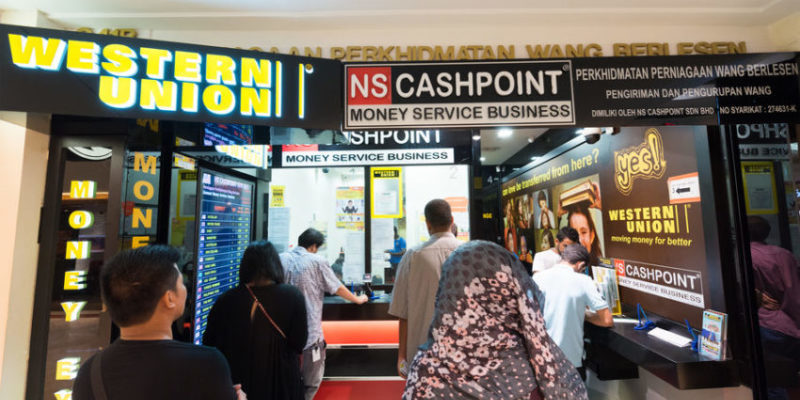 KUALA LUMPUR – JUNE 15, 2016: People send and exchange money in the Suria KLCC shopping mall. The mall is located in the Kuala Lumpur City Centre district near the famous Petronas Towers.

Currency exchange agencies don’t exactly have a uniform rate at any given day. Depending on where you’re going to have your money exchanged or when you can either get a favorable or unfavorable rate. If you want to get the most value out of your peso, here are the things that you have to keep in mind.

Exchange counters in major tourist areas tend to have more expensive rates. Just like airports, exchange counters will leverage the convenience and accessibility of their location to charge more expensive rates than the actual international standard exchange rates. While there is nothing wrong with such practice, they aren’t exactly budget-friendly if you want to stretch the value of your peso further.

Also, some exchange counters may rip you off if you’re not mindful of how much a few decimals can make to a hundred or even a thousand peso difference.

A travel vlog in youtube once exposed this unpleasant practice:

It’s no secret that Airport exchanges have more expensive exchange rates than anywhere else.

While most airport exchange bureaus will claim that they won’t charge you any commission fees, they get to your pocket through least favorable exchange rates compared to the ones that you get from your bank or other exchange bureaus outside the airport.

Airports are basically a last minute resort for your exchange currency needs.

Currency exchange in your home country

They basically operate the same way as other currency exchange counters overseas. The ones located in major destinations both for tourists and local may offer steeper rates, while those with less traffic may offer more favorable rates.

They may save you money compared to withdrawing money from an ATM overseas as you get to bypass those overseas transaction fees and they may offer better rates than your banks.

The downside is, they may not have enough foreign currency that you need in their stash. Exchanging your money to a foreign currency in a local currency exchange counter may only be suitable for small amounts.

Don’t keep your money in one place

When traveling overseas, cash isn’t exactly king. Carrying around a big stash of cash isn’t just an unsafe financial practice, you might also be subjected to money laundering regulations at the airport. That’s why withdrawing cash in a lump sum from an ATM overseas is the most practical thing to do and it can save you a significant amount of money.

Having one credit card, two debit cards, and some cash will prepare you for any untoward incident. But also, make sure that you don’t stash them in a single wallet or pouch because if it gets pinched, you’ll be in a pickle.

Consider bringing with you multiple payment methods and split them up.  Only carry at least one or two when you’re out and about and secure the others in your hotel room. When you must carry everything at once, scatter them into different pockets, bags, or containers you will be carrying. If you’re traveling alone, you’ll need this more. It’s better to be safe than sorry.