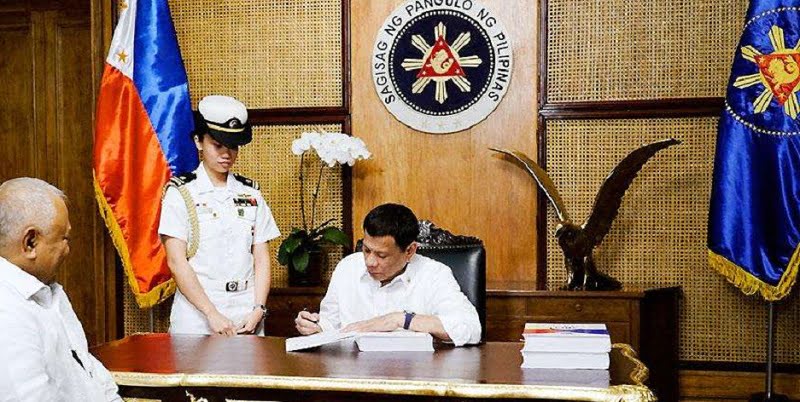 Due to the upcoming election season, President Rodrigo Duterte has ordered that the implementation of and payment for infrastructure projects under the 2019 national budget to be extended until end of next year.

Duterte announced his decision in a veto message signed on Monday when he enacted the P3.662-trillion national budget, GMA News reports.

“We will allow the implementation of, and payment for, infrastructure projects to extend until December 31, 2020, provided that the funds for the purpose are obligated not later than December 31, 2019.

“This rule shall likewise cover subsidies given to government-owned or-controlled corporations for infrastructure projects,” the President said in his directive.

The budget was finally enacted after months of delay faced in its passage through the branches of government, leading to reduced growth targets for this year.

The president also expressed hope that the budget will provide the much needed economic stimulus and promised to continue to push for more infrastructure spending as well as implement the cash-based budgeting system for this year despite opposition by Congress.

“Let me emphasize that pursuant to the Administrative Code of 1987, I shall mandate the implementation of a cash budget for fiscal year 2019 to ensure the availability of cash resources for priority development projects, and speed up delivery of services,” he added.

According to the report, under a cash-based budgeting, the validity of budget appropriations are reduced to one year with no carry-over provision except for a three-month extended payment period within the following fiscal year.