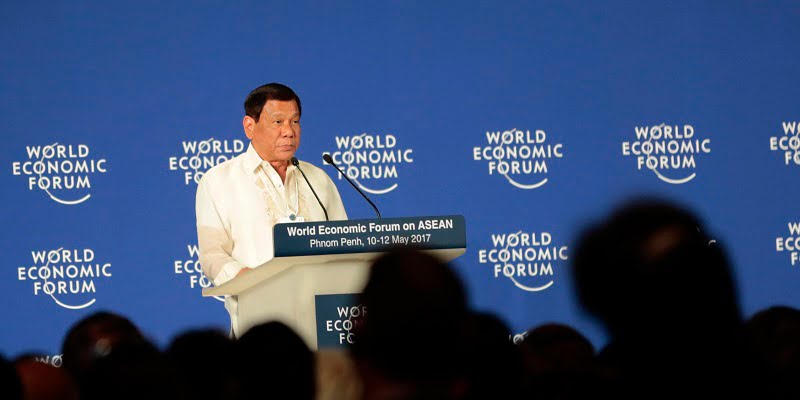 PRRD Midterm Report Card: How Did The Last 3 Years Affect You?

Three years into his presidency and President Rodrigo Duterte remains to be as popular and favored (if not more) as he was when he was first propelled into the highest post in the land.

From lower income taxes, free education, Boracay rehab, to inflation – change has indeed come, though some of them were not exactly consumer friendly.  Despite the challenges that his administration has seen and controversies that it dipped its toes in, there are loads going on for Duterte’s presidency – most of which are significantly game-changing, for better or worse.

Now that we’re past his third year in office, let us take a look at how the economic and financial landscape of the Philippines has changed thus far.

Perhaps one of the biggest achievements under Duterte’s presidency is the passage of the bill providing free tertiary education.

In his effort to bridge the existing gap between the poor and access to education, President Rodrigo Duterte signed “The Universal Access to Quality Tertiary Education Act” or Republic Act 10931 on August 3, 2017.

On the other hand, public school teachers are also enjoying the benefit of bigger wages as

Duterte swept into office with an ambitious agenda to revamp the transportation scene in the Philippines. Jeepney modernization and a subway system are just two of the biggest ones in the pipeline.

While the proposed PUV (Public Utility Vehicle) modernization program hasn’t been completely realized yet due to some resistance from some transport groups, implementation has been gradual, and a few updated jeepneys are now running the streets in and out of Metro Manila.

The biggest challenge of PUV modernization is switching jeepney operators and drivers to more modern vehicles (which are designed to be eco-friendly and provides more comfort) because it’s an expensive investment to the average jeepney operator and driver.

In order to provide assistance to these operators and drivers, a special loan program with Landbank and DBP was proposed to provide them adequate funding.

The next big project that the government has kickstarted in its three years in office is the Metro Manila Subway.

Last February 27, 2019, the Department of Transportation (DOTr) has broken ground on this project with the support of the Government of Japan through an Official Development Assistance (ODA) loan from the Japan International Cooperation Agency (JICA).

This subway will be a 36-kilometer stretch from Valenzuela to the Ninoy Aquino International Airport. It will have 15 stations from Quirino Highway in Quezon City to NAIA Terminal 3 in Pasay and FTI in Taguig, crossing 7 local governments, and passing through 3 of Metro Manila’s business districts. It will cut down the travel time to and from both ends to just 30 minutes. It will connect to the MRT-3, the LRT-2, and the Philippine National Railway lines.

The government aims to finish the first 3 stations (Valenzuela, Tandang Sora, and North Avenue) before the end of Duterte’s term in 2022.  Meanwhile, full operation of the 15 stations is expected in 2025. In its first year of full operations, the MMSP is expected to serve up to 370,000 passengers daily but has a design capacity to accommodate up to 1.5 million passengers per day.

Another pressing matter in the transportation scene is the controversial MRT system in Metro Manila. While there have been no drastic improvements in its aesthetics, its efficient has been the main focus of DOTr since the start of Duterte’s presidency.

From 9 working trains upon its turnover to the current government, 15 to 20 trains are finally running again. DOTr’s efforts to restore MRT’s service back to normal is just the first phase of their rehabilitation initiative because a 43-month rehabilitation and maintenance with Sumitomo are on the horizon soon. The contract was signed last December 28, 2018, and its rehabilitation has started in February and scheduled to be completed in 43 months.

Transportation takes up a huge chunk of the current government’s planned projects. More airports, bridges, and roads have already been proposed, or are currently getting built and even completed. To read more about it, visit http://build.gov.ph and dotr.gov.ph

Public transportation is starting to get the revamp that it badly needs, but there is still a lot of work needed to be done. At this point, it’s no longer a question of whether or not the promised improvement in the transportation scene will be pushed through, but rather, how efficiently the government can materialize its plans.

Inflation has been one of the biggest setbacks of Duterte’s administration.

With an inflation rate peaking at 6.7% in October 2018, the highest since 2009, it definitely left a lasting impression on Duterte’s TRAIN law, even though that wasn’t entirely to blame.

Despite that, last year’s GDP is still considered as stellar putting the Philippines in the same league as India, China, and Vietnam.  The government’s economic team insisted that the year-end figure was a “firm finish that cements the Philippines’ standing as one of the fastest-growing economies in Asia.”

Based on the forewarning of the economic managers of Duterte, the delayed passage of the 2019 national budget would hurt the growth prospect of the country – true enough it’s exactly what happened. While a 5.6% economic growth is indeed a sharp plunge from where the country was, the Asian Development Bank still expects the Philippines to be among the few countries which may beat their 2018 figures.

Among the biggest wins in Duterte’s presidency is the environmental battles that he has chosen to move forth – the Boracay Rehabilitation and the Manila Bay Rehabilitation.

On April 26 last year, the island of Boracay was closed upon orders of the President as part of a six-month plan to jumpstart the environmental rehabilitation of the island. According to the National Economic and Development Authority (NEDA), a further and more comprehensive rehabilitation plan for Boracay is comprised of four parts; enforcing laws and regulation, controlling and preventing pollution, rehabilitating and recovering lost and damaged ecosystem, and sustaining island activities without going against the previous three parts.

Another major rehab project was the Manila Bay rehabilitation, which was set after President Duterte warned establishments along the bay to comply with environmental regulations or face closure. The government said some 40,000 families living near the bay were major contributors to pollution.

While many have questioned the credibility of the rehab project as a precedent to land reclamation, fact remains that the long overdue pollution in Manila bay has finally been given the attention that it needed.

Among other things, the small wins that consumers have seen in this administration have the most impact in their day-to-day lives.

The new Philippine passports will cost PHP950 ($18), the price of the current passports that have a 5-year validity.  The Department of Foreign Affairs (DFA) signed the Implementing Rules and Regulations of Republic Act 10928 on October 25, 2017, extending for 10 years the validity of Philippine passports. This was later signed into law by Duterte in August 2, 2017.

On August 2, Duterte signed the Republic Act 10930 extending the validity of the driver’s license from 3 years to 5 years. The extension does not apply to student permits. Land Transportation Office (LTO) said those who will apply for new cards or renew old ones at the National Capital Region office will get their licenses within the day.

The Philippine Identification System (PhilSys) Act of 2018 aims to institute a single official identification card for all Filipinos and even foreign residents in the country. This will make transactions with government and private institutions easier.

Additionally, the national ID system will help prevent criminality without obstructing initiatives that will stop security threats to the government.

In 2019, they are expecting to grant National IDs to six million Filipinos and twenty-five million by 2022. Meanwhile, the target date for the full-scale implementation is 2023.

Faster internet is among Duterte’s promises during his campaign for the presidency. To do that, he wanted to make the telcos competitive by bringing in another player. While all of those are currently in the works, its progress is slower than expected. Internet in the Philippines still remained as among the slowest in the world.