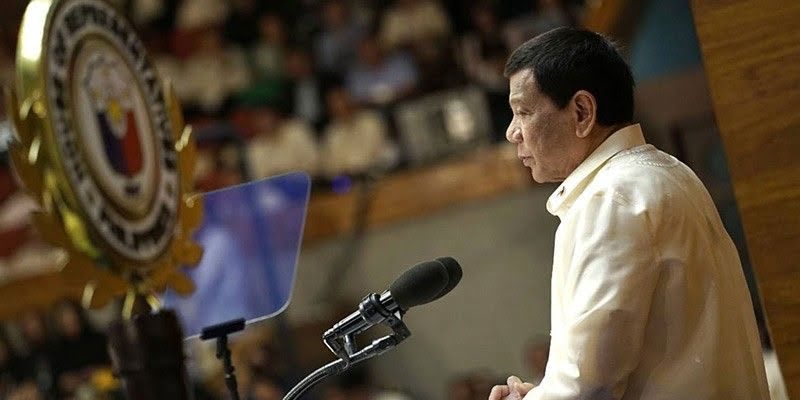 This week, the Philippines has seen President Duterte deliver his 3rd State of the Nation Address (SONA). While many can agree that he wasn’t his usual candid self (read: blunt), he managed to tick off all the points in the list that needed to be addressed.

Because we value prudent financial spending and everything that empowers our consumers’ finances, we list down the top policies that have made an impact in Filipinos finances under the Duterte Administration in the past 2 years.

The transportation scene in the Philippines is basically as chaotic as it could get. It was handed over to the administration with eight trains barely operating, hopeless EDSA traffic, a close to 3-year delay of license plates release, airport taxis causing troubles frequently, and the list goes on.

The past years have been critical for the transport scene in the Philippines, and it still is now. Public transportation can still get chaotic every now and then, however, some of the biggest pains that the government faced when it first started are slowly getting remedied.

For instance, the Department of Transportation (DOTr) has gradually addressed the lack of trains in the MRT while making sure all the facilities are well maintained, from the public restrooms to the escalators. By no means are they perfect, but for the most part they now function as expected and facilities are tolerable. The repair is still ongoing and according to DoTr, they may get 12 more trains after the repairs are done this year.

On the other hand, it won’t be long until car owners can let go of their license plate receipts, as Land Transportation Office (LTO) has finally started distributing license plates nationwide. To make sure the backlogs are delivered as soon as possible, the government established its own license plate manufacturing facility, which is capable of making 22,000 plates per day at full capacity.

Jeepney modernization received a mixed reception from both the riding public and the public transport operators. While its aim is to provide safer and more comfortable transport to commuters, many jeepney operators and drivers are against the modernization because of the expensive overhead cost that it would entail. Despite that, the government has relentlessly pushed the agenda forward, and they have just launched the first batch of modernized jeepneys this month. These new jeepneys will start taking on the streets across Metro Manila on July 23.

The transportation scene in the Philippines still has a long way to go. It is definitely lagging behind its neighboring nations such as Singapore, Malaysia, and even Indonesia. However, the future seems to be looking bright for the riding public as the jeepney modernization is slowly getting realized, the train system getting expanded and is relentlessly being enhanced, and a new subway system in the making on the horizon.

In his third State of the Nation Address, the President said the state would “sustain” efforts to make doing business in the country easier. He has consistently expressed his disappointment towards the bureaucracy of doing business with government agencies in the Philippines.

This year, he was able to pass a law that will cut the red tape in dealing with different agencies in the Philippines, streamlining the process, making it easier and speedier in accomplishing works. The President signed the Ease of Doing Business Act last May, requiring government agencies to act on applications within three days for simple transactions, seven days for complex ones and 20 days for the highly technical applications.

The Universal Healthcare bill aims to provide a full spectrum of health services to individuals and communities, from health promotion to prevention, treatment, rehabilitation, and palliative care. Its proponent Joseph Ejercito assured that this bill will provide Universal Healthcare to all Filipinos, by lessening the out-of-the-pocket expenses needed for healthcare needs.

The proposed measure will be applied to both inpatient and outpatient care and will cover the cost of medicine (prescription drugs), diagnostic studies, vaccination, geriatric care, personal and preventive services, rehabilitation services, and etc. Aside from that, this bill will also provide an improvement to government hospital facilities and further increase bed capacities. This bill isn’t a law yet, thus Duterte has urged its speedy passage during his 3rd SONA.

Aside from this bill which hasn’t seen the light of the day yet, Duterte has also launched different measures to address the following issues the healthcare system in the Philippines is facing:

Our Healthcare System still has a long way to go to become highly inclusive for everyone despite the income bracket and the occupation (or the lack thereof). However, what the administration has started seems to be a good start in the right direction.

The Free Tuition Fee Law is perhaps the Duterte Administration’s most positive achievements to date. In his effort to bridge this gap between the poor and education, Duterte signed “The Universal Access to Quality Tertiary Education Act” or Republic Act 10931 on August 3, 2017. The law aims to waive school fees to provide an opportunity for every Filipino to earn a higher education and a degree in State Universities and Colleges (SUCs) and Local Universities and Colleges (LUC).

According to the data from the Philippine News Agency, close to 900,000 Filipino students who enrolled in 112 SUCs for the academic year 2017-2018 benefited from the PHP8 billion Grant of Free Tuition in SUCs, while kindergarten enrolment has increased from 65% in 2016 to 84% in 2017.

Tertiary education in the Philippines is now within reach, even for the poor. Not only will this even out the playing field for the younger generation to achieve a good education, it will also lessen the burden of the parents and students who are struggling their way through college.

Bigger take-home pay with some compromise – that’s what this tax reform is all about. As the tax paying workers in the country pocket bigger tax savings, the government will be losing a huge chunk of revenue from income tax collection. In order to address this compromise, certain adjustments were made which led to increasing commodity prices. While it may have provided more disposable income to the working population, the burden of compensating for those lost taxes are placed on every consumer’s shoulders.

Many people will argue that this reform did not turn out the way it was expected and that it has a jarring contribution to the relentless inflation that the country is currently facing. Many expressed their sentiments of this reform as anti-poor because after all, not everyone in the lower end of the socioeconomic spectrum was able to benefit from the personal income tax cuts.

However, it’s also worth noting that this tax reform is funding some of the government’s projects that are aimed at addressing poverty directly, like the Free Tuition Fee Law and the Universal Health Care. The “Build! Build! Build!” initiative isn’t the only project that’s greatly dependent on the TRAIN Law.

With that being said, the TRAIN law may have impacted the spending power of consumers, for better or worse. However, in return, it paved the way for a more inclusive healthcare system and extended college education to the poorest population.

The TRAIN law indeed has flaws, and hopefully, their mitigating measures will be efficient enough to help the people (especially the poor) get by the current socio-economic climate. The good news is, the government has started its initiative to help jeepney drivers combat rising fuel prices through their fuel subsidy program. If this measure is efficiently dispersed to its beneficiary, this will translate into a less financial burden to transport system operators, jeepneys, and even commuters.

However, little is known whether there are more measures like this in the government’s pipeline, but more tax exemptions on daily commodities will cushion consumers from the impact of the rising cost of living due to unyielding inflation.