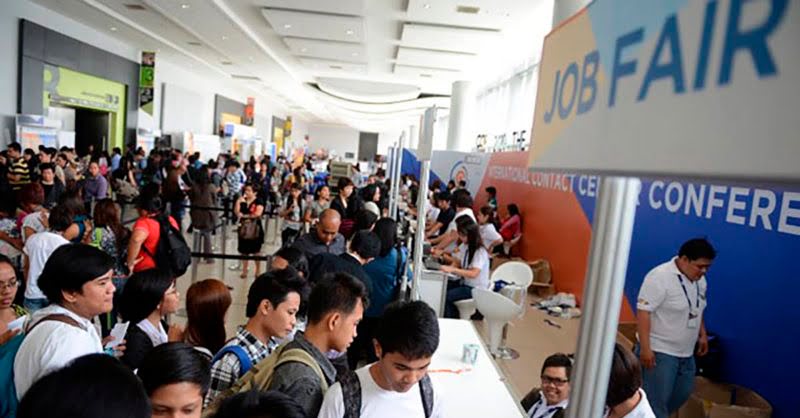 The unemployment rate in July was at 5.4 percent, figures which were the same as the figures in July 2018. Despite the steady numbers, employment rose to 42.95 million from 40.65 million during the same period as last year, according to the Philippine Statistics Authority.

Employed individuals in the Philippines grew in number in July this year, 5.7 percent more than last year – this translates to 2.3 million people.

Filipinos who are still seeking additional jobs to increase their income – the underemployed- settled at 13.9 percent in July this week, 3.3% lower than the same period as last year. These underemployed individuals are those who are working less than 40 hours a week.

Meanwhile, the overall labor force participation rate in the Philippines as of July 2019 is 62.1 percent, 2 percent higher than the same period as last year. This means, 62.1 percent of the 73.1 million of the population who are above 15 years are formally employed and working. The younger population (15 to 24 years old) have a low labor participation rate, which is only at 38.3 percent of the 20 million, as of July 2019.

According to the National Economic Development Authority (NEDA) Usec. for Policy and Planning, Rosemarie Edillon said that the full implementation of the Ease of Doing Business law and the easing of foreign investment restrictions can create more jobs for Filipinos.

In a statement, Edillon said:

“While the Philippine economy has shown remarkable improvements in the labor market, the government should continually improve its efforts towards generating more productive and higher quality employment that provides adequate income for Filipino workers and their families.”