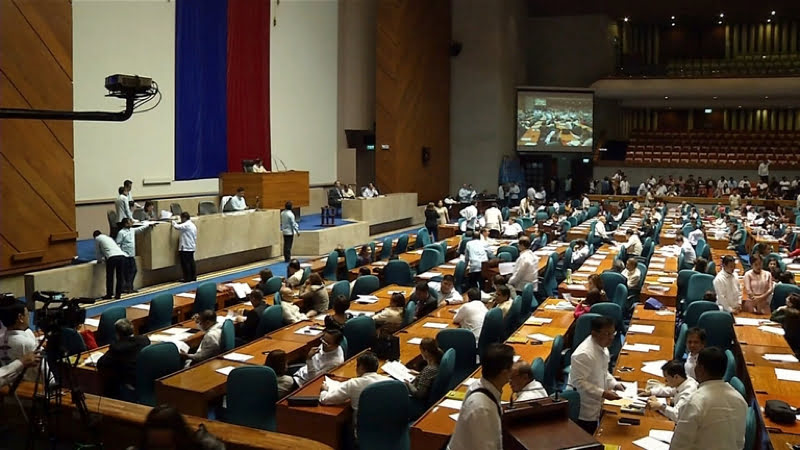 The House Bill 8169 also known as the proposed 2019 General Appropriation Act garnered 196 votes in the affirmative, 8 in the negative, and zero abstentions. The approval came after more than a month the bill has passed the second reading on October 3. The bill has seen a swift approval due to the senators’ call to have the measure be transmitted to the Senate before the Congress goes on break on December 12.

Being the first cash-based budgeting system, the proposed 2019 national budget contains of programs that can be implemented within the year 2019.  This new system will also require agencies to settle payments for the goods and services delivered in one year with a three-month extension after the fiscal year

Another item included in the House’s 2019 budget bill is the realigned ₱52-billion budget from the DPWH distributed to some government agencies that provide basic social services. This part of the budget was realigned after the House convened as a Committee of the Whole, amending the committee report that the Committee on Appropriations, then chaired by former Davao City Representative and now Cabinet Secretary Karlo Nograles, had approved.

The House considered the requests of President Rodrigo Duterte for funding for his programs and projects, particularly for housing and road constructions, in coming up with the final version of their budget bill. They have done so in an effort to keep the budget in line with the President’s vision.

Majority Leader Rolando Andaya, who chairs the Committee of the Whole, also vowed that the proposed 2019 national budget is “pork-free,” contrary to what Senator Panfilo Lacson claims. The budget is basically compliant with all the pertinent laws and the Supreme Court decisions. And, as much as possible, the line items are what they wanted to be transparent.

Following the approval of the House’s budget bill on final reading, it will be transmitted to the Senate for its own deliberation and approval.  A bicameral conference committee will then reconcile the disagreeing provisions of the Senate and the House’s versions of the budget bill before it lands on Duterte’s desk for signing and enactment, which Andaya expects to happen before the end of the year.