How Much Does It Cost To See The Pope? 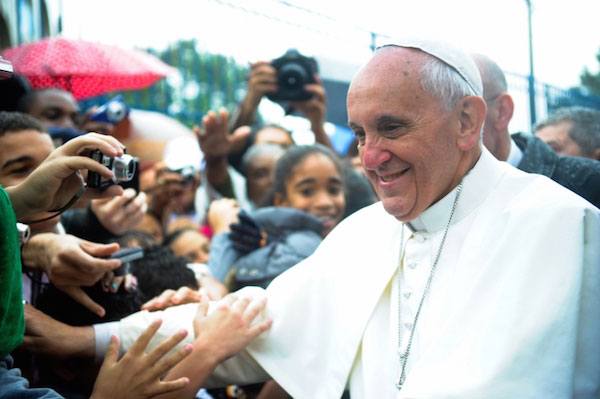 How much could missing Pope Francis’ visit to the Philippines cost you? If you don’t get to see His Holiness while he’s in the Philippines, it will cost you a lot of money to go see him in his natural habitat in Rome. But just how much cash would you have to splash to see Pope Francis in the flesh if you don’t take the chance to see him while he’s here in your own backyard?

(All values converted with oanda.com on January 13. Rates and prices may have changed in the meantime.)

In this thought exercise, let’s say you want to visit in April for 7 days (April 12 – 19), just after Holy Week. It’s a good time because you won’t be dealing with the summer crowds yet (their summer doesn’t start until June), and the weather will still be nice. So how much does it cost to see the Pope? Find out:

Now you know how much it would cost to see the Pope at the Vatican. Because our list doesn’t include every single cost you could face, at the very, very least, expect to spend around P70,000 (not including the hated travel tax and NAIA airport fees) for this seven-day trip to Rome. (You may be able to get lower rates with a tour package.) While seeing His Holiness is absolutely free, it’s getting to the Vatican that will cost you. Or you could take advantage of his Papal visit to the Philippines and see him at no additional expense — and a five-day weekend to boot.

Find out how to travel for less with our 10 budget tips.