It’s every sports lover’s dream to witness the Olympic games live. There’s nothing more exhilarating than watching the majestic opening ceremonies and seeing athletes from all over the world in one place. There’s nothing more thrilling than watching the best athletes compete their way to Olympic gold. We hate to be the party pooper here, but going to this year’s Rio Olympics is not exactly cheap. In fact, for someone who works a regular 9 to 5, you will have to max out your credit cards and take out several personal bank loans just to be able to go. What will it cost you to see the Rio Olympics live? Let’s do the math. Brazil’s second largest city is Rio de Janeiro, and the language spoken is Portuguese. The currency used is the Brazilian Real (R$1 is equivalent to approximately ₱14). The Olympic Games will be hosted in Deodoro, Maracana, Barra, and Copacabana. But most of the games will be held at the Barra Cluster Olympic Park, which serve as the heart of the games.

Five venues that are outside Rio de Janeiro, namely Sao Paulo, Manaus, Brasilia, Salvador, and Belo Horizonte, will also be hosting football events. More than 10,000 athletes from over 200 countries will be participating in the Rio Olympics. This will also be the first Olympic games that will be hosted in a Portuguese-speaking country. 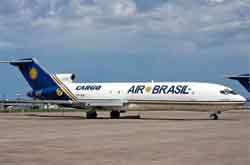 Keep in mind that the most expensive days to fly to Rio will be on the days leading up to the grand opening of the Olympics, which is on August 5, 2016. Air fares will jack up exponentially and you will have to cough up hundreds of thousands of pesos just for a plane ticket.

People who want to attend the Olympics will spend anywhere between $1,250 (₱58,770) to as much as $5,745 (₱270,104) for a non-stop roundtrip flight. The cheapest roundtrip economy ticket from the Ninoy Aquino International Airport to Galeao International Airport in Rio De Janeiro, Brazil, departing on August 1 and returning on August 22, will cost approximately ₱205,000.

You don’t need a visa to travel to Rio. You can stay up to 90 days within a 180-day period, and you only need to present your passport valid for 6 months beyond your stay, plus your roundtrip plane ticket. 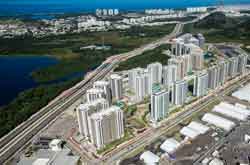 Because it’s the Olympics, expect hotel accommodation rates to double, even triple. Staying at midrange hotels and inns can cost about $275 (₱12,900) a day, while high end hotels can cost a whopping $645 (₱30,325) a day.

Most of the hotels close to the neighborhood of Barra da Tijuca where this year’s Olympic and Paralympic Village are located are already booked to full capacity. Hotels in Rio are few to begin with, but there are still other options that are available. You should definitely look into booking your plane ticket together with hotel accommodations. Flight and hotel packages can score you a good deal on both flight and hotel rooms, minus the hassle.

The Rio Olympic organizing committee is also working with one of the biggest rental accommodation company Airbnb, which they named as the official alternative to lodging all throughout Rio. There’s an estimated 25,000 Airbnb listings in Rio, with an average rate of R$250 (₱3,600) per night. Some also offer full packages that include accommodation plus Olympic games tickets and airport transfers. This depends on the Airbnb host, of course. Prices can also be negotiated.

People who want to travel to Rio in their trailers or motorhomes can do that as well. There’s a designated trailer park set up in Niteroi which guests can use from August 1 until September 9, 2016. The overnight rate per person is R$25 (₱360), and R$12 (₱175) per vehicle. Transportation Around the City

Getting around Rio to watch competitions in different venues is made easier by the RioCard, an all-in-one card that lets you access all public transportation. That includes the bus, train, metro, and the Bus Rapid Transit System. A RioCard valid for one day costs about ₱350, while a three-day card costs about ₱990. A week’s worth of RioCard costs ₱2,260. 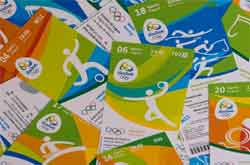 You can’t go home without buying a few keepsakes that will make you remember all the fun and competitive moments of the Olympic games. There are many things which you can purchase from the Rio 2016 Store. T-shirts cost about ₱1,450, while caps cost around ₱750. There are also souvenir mugs for ₱520, as well as towels for the price of ₱580. You can also buy tote bags for about ₱1,160 and backpacks for ₱1,880. The Rio 2016 Mascot Plush Toy costs approximately ₱2,170. 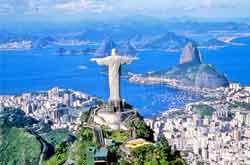 There are many things that you can do in and around Rio when not busy watching the competitions. For people who love the outdoors, Rio has many hiking trails, parks, and forests that can be enjoyed and explored. There are also plenty of museums and national centers that you can immerse yourself in to get to know more about Rio and its people. There are plenty of places to play sports and get active, to sing and dance, to dine and wine, to shop, to relax, and to eat as well.

It is definitely not cheap and if the total cost proves too much for your budget, we can share some alternative ideas on more ways to travel for less. However, if watching the olympics is your dream goal, then you still have 4 more years to save up and prepare for Japan in 2020.