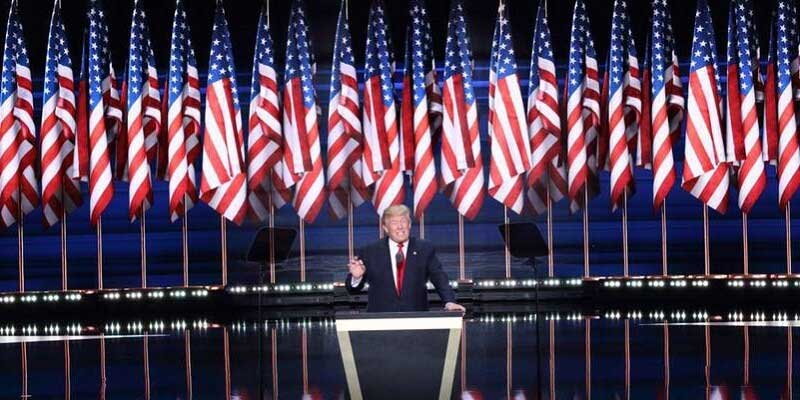 How the Trump Presidency Can Affect the Philippines

It’s being called the biggest upset in the history of American politics.

The victory came as a shock to media outlets and so-called election experts. The Republican Party nominee was polling behind Democratic Party bet former US Secretary of State Hillary Clinton for months, all the way to right before election day.

President-elect Trump’s win created ripples across the financial world. Stock indexes on the US, European, and Asian markets went down by as much as 5.4%. It rebounded before trading closed, with financial analysts calling the crash a “knee-jerk reaction.”

Here in the Philippines, stocks plunged to its lowest level in seven months. The drop happened right after it became apparent that Trump had beaten Clinton. The plunge, according to a report by Rappler, was caused by investors who feared that “Trump’s recent pronouncements could hurt the flow of remittances, trade, and aid.“

“This is clearly in line with the Trump victory,” Nicholas Antonio Mapa, associate economist at the Bank of the Philippine Islands, told Rappler. Mapa added that Trump’s anti-globalization stance and his apparent disdain for migrants will likely affect the stream of money coming from America to the Philippines. 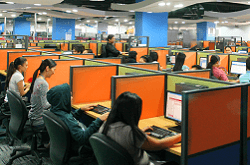 One of Trump’s major campaign promises is to create a dynamic booming economy. He envisions creating 25 million new jobs for Americans over the next decade. To achieve this, Trump plans to reform his country’s regulatory code to ensure that jobs and wealth remain in America.

The measure will likely end the outsourcing of work to other countries with more affordable workforce, including the Philippines.

“If we go by his campaign statements, he would go for an isolationist, America-first foreign policy. This may be bad news for OFWs, BPOs, dependability in security alliance, regional alliance,” said Ramon Casiple, political analyst and Executive Director of the Institute for Political and Electoral Reform, to GMA News.

The Bangko Sentral ng Pilipinas have even said that provided that the country’s current growth rates continue, the industry will overtake Overseas Filipino Worker remittances as our largest source of dollar income by 2017

Trump’s proposed economic policies will likely derail these all. 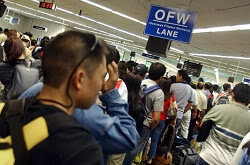 The burden for OFWs

It’s estimated that of the 3.5 million Filipinos in America right now about 360,000 are residing there as illegal immigrants.

In several speeches along the campaign trail, Trump had promised a crackdown on undocumented foreigners. He also ensured the creation of new immigration laws that would lead to stricter requirements for non-Americans seeking employment.

If he does manage to create new jobs, Trump insisted that it should be offered to American workers first.

But mass deportations and the possibility of a decrease in employment opportunities aren’t the only Trump-backed regulations OFWs should be wary of.

The incoming American president had also spoken of taxing remittances sent by immigrants to their home countries. OFW remittances accounted for almost a tenth of the Philippines’ Gross Domestic Product (GDP) last year. About 3.5% of our GDP or around $9 billion comes directly from remittances coming from the US.

Taxing the money our US-based OFWs will send to the Philippines will surely affect the local economy. 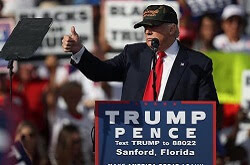 On August 4, 2016, at a campaign rally in Portland, Trump spoke anew about his stance on immigration, saying that America is “letting people come in from terrorist nations that shouldn’t be allowed because you can’t vet them.”

He then proceeded to name the countries with immigrants arrested in the US for terrorism-related crimes. His list included the Philippines. “We’re dealing with animals,” added Trump.

The remark triggered a backlash for the then-presidential nominee among Filipinos and Filipino-Americans. A resolution banning Trump from entering the Philippines was even filed in congress.

According to Trump, his “America first” policy will also involve ending both the military support and monetary assistance the US has been giving its foreign allies, including the Philippines.

“As enunciated by Trump, the Philippines is a freeloader using the security umbrella provided by the U.S. while not contributing to the alliance,” said Casiple to ABS-CBN News. “If we go by that logic, the Americans would put a premium on the alliance itself, and given the independent foreign policy of President Duterte, that would loosen the alliance with the Philippines with, of course, consequences.” 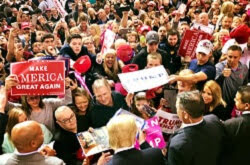 Among those consequences include the total pull-out of U.S. troops who routinely train alongside Philippine forces. We’re also set to lose about $200 million in aid annually given to us by America.

Provided that U.S. president-elect Trump really intends to act on all his campaign promises, all Filipinos, both here and abroad, should prepare for a total shift in American-Philippine relations.