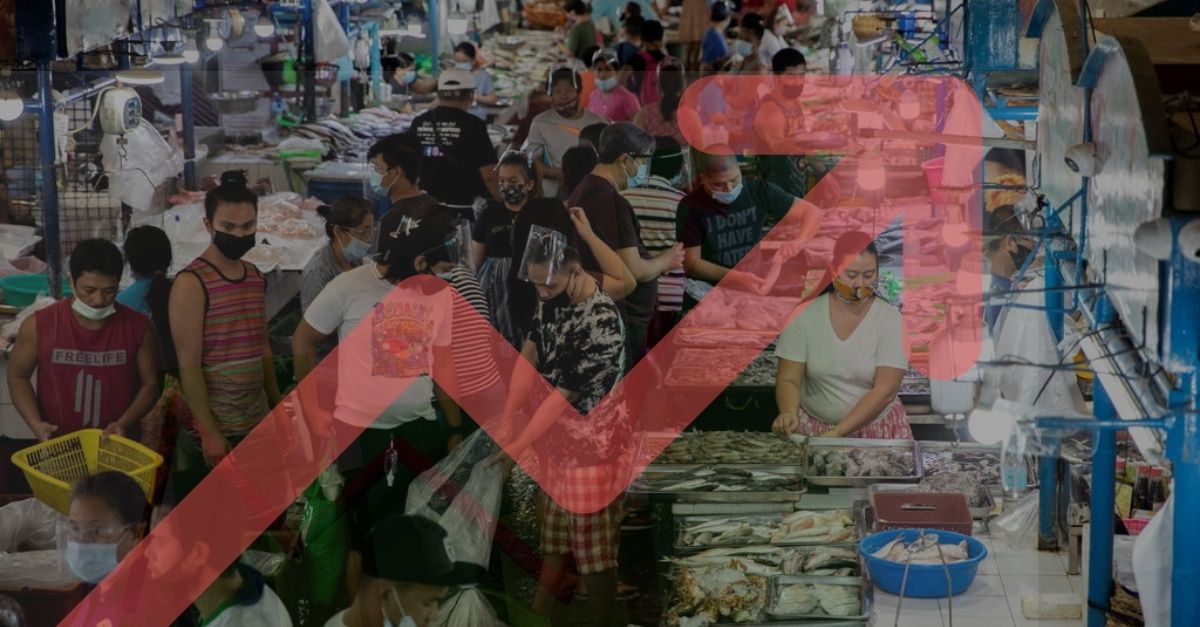 Inflation Forecasted To Be Elevated Until Mid 2022

The inflation slowdown last month is temporary as prices will likely pick up the pace again and remain elevated until the middle of next year, a foreign think tank said.

In its latest economic monitor, UK-based Pantheon Macroeconomics said the surprise easing to 4.8 percent in September inflation is likely just a blip and would not be sustained in the coming months.

Chanco said the easing was driven solely by non-core factors as core inflation remained at 3.3 percent. Transport inflation slid to a 15-month low of 5.2 percent largely due to base effects.

“We maintain that inflation will get much hotter before it starts to cool, in a sustainable way, from the middle of next year,” Chanco said.

“But we have lowered our forecasts slightly in light of the September data, and now see the headline peaking at six percent next month, where it is likely to stay until the first few months of 2022,” he said.

Specifically, Chanco said the slide in transport inflation may not last long as this could easily double in the next few months with the renewed upward momentum in global prices of oil, a commodity that the Philippines greatly depends on in the international market.

Likewise, he said the pass-through of rising energy prices to domestic utilities, which rose to a near three-year high of 3.8 percent, is yet to be over.

The headline contribution of the housing and utility component is seen rising by another 0.5 percentage point from the 0.8-point hike in September.

As for food inflation, which cooled to 6.2 percent, Chanco said this is also just a brief episode and is a reflection of the unwinding of supply issues caused by extended mobility restrictions last month.

“A reacceleration in inflation still seems inevitable, as the country continues to import more of the spike in global food inflation earlier this year, with a six-month delay,” he said.