The Bangko Sentral ng Pilipinas released a list of banks and their respective end dates for the online transaction fee waiver of both PesoNet and InstaPay transactions. Some banks are offering free instant transfers for both platforms until December 31, 2021, while others will be ending the offer sooner than later this year.

Below are the banks that waived both PesoNet and InstaPay fees: 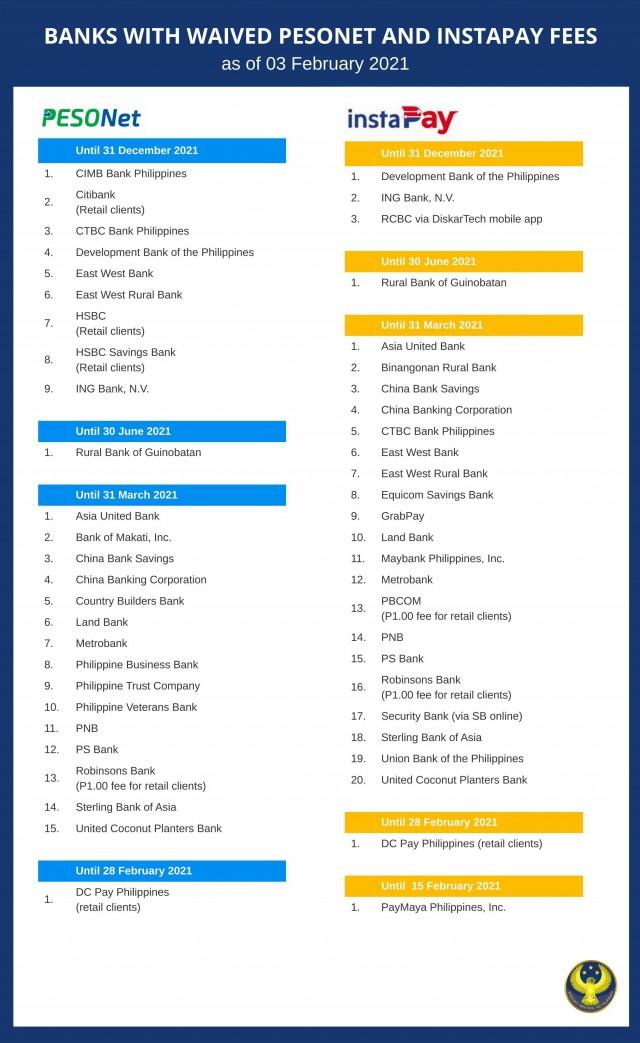 InstaPay was launched by the BSP in April 2018. It’s an electronic fund transfer (EFT) payment system that enables individuals to wire funds across banks in real-time. On the other hand, PESONET was launched in 2017

Meanwhile, PESONet was launched in 2017, enabling the government, businesses, and individuals to initiate electronic fund transfers and recurring payments in financial institutions supervised by the central bank within the same banking day.

BSP Governor Benjamin Diokno disclosed that they aim to have at least half of the country’s transactions done digitally by the end of 2023.