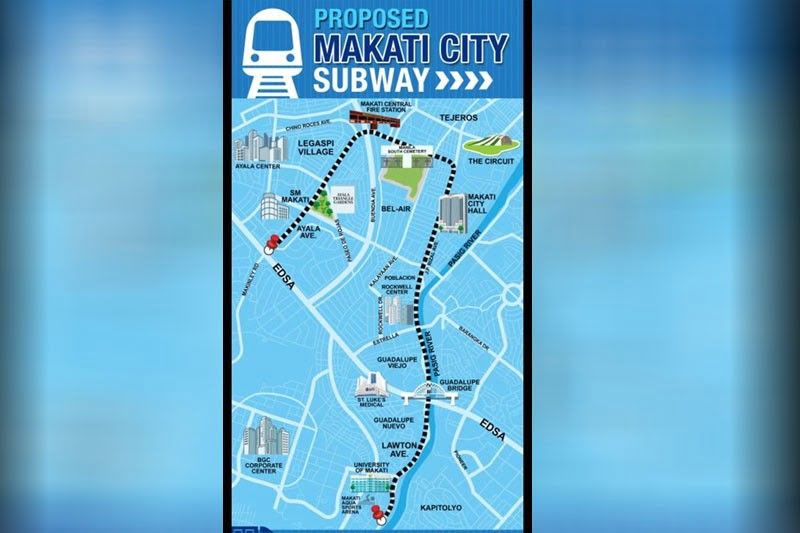 The Makati Intra-City Subway project may break ground December this year.  The proponent of this $3.7 billion project has already attracted four state-owned companies from China to get this massive network project started. This was according to a statement by Mr. Antonio Tiu, chairman of listed IRC Properties Inc.

IRC properties may choose two of the four interested parties to construct the proposed 11-kilometer intra-city mass transport system. This will connect key points in Makati districts with up to 10 stations.

Among the key points in Makati City that will get connected with this subway is the current Central Business District along Ayala Avenue, the Makati City Hall, the Poblacion Heritage Site, the University of Makati, Ospital ng Makati, and the other new business districts within the city.   IRC is now in talks with different developers such as the Ayala Group for seamless connection to their areas.

The proposed subway system will have up to 10 air-conditioned, underground island stations that can accommodate up to six car trains, with a room for over 200 persons per car. It is expected that over 700,000 passengers per day will be accommodated and served by the mass transport system. It will also have potential interchanges or links to other mass transport systems such as the MRT, the Pasig River ferry, and the JICA-funded Metro Manila Subway. This will basically be complementing the mass transport projects of the national government as it would be connected to the MRT stations, the proposed Metro Manila Mega Subway and the Pasig River ferry.

While the funding for the $3.7 billion projects can come from a syndicate of loans overseas, Tiu said that local banks have already offered to provide peso-denominated long-term loans.

In a disclosure IRC has released last month, they said:

This means that the unsolicited proposal is just waiting to receive the go-signal from the local government, in order to be subjected to a Swiss challenge.

IRC recently applied to increase its authorized capital to ₱19.5-billion from ₱1.5-billion as it undertakes the project.