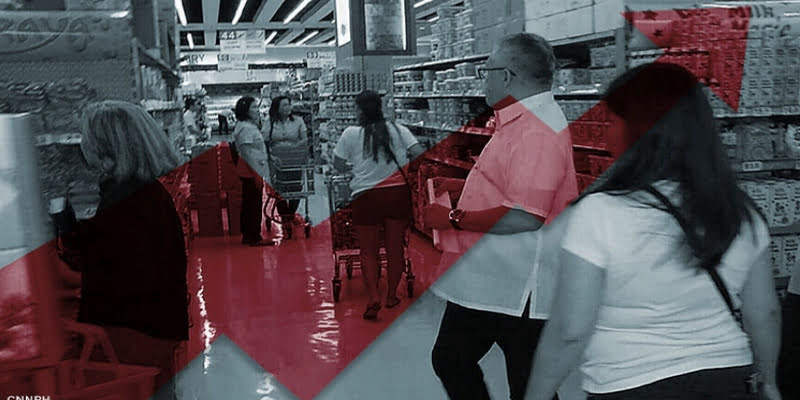 May Inflation Is Likely To Ease At 4.4 Percent

May inflation may likely settle within the 4 to 4.8 percent range according to BSP Governor Benjamin Diokno. He explained that the high inflation rate in the previous month was due to the elevated prices of domestic petroleum products, meat, and the upward adjustment of electricity rates in areas serviced by the Manila Electric Co. (Meralco). To date, there is a continuous decrease in prices for key food items such as rice, vegetables, and fish due to better and more stable supply conditions – these offset the upward price trend.

The average inflation rate from the start of the year until April was mainly because of the supply-side shocks on food prices like meat which was in short supply due to swine fever (ASF).

Despite the somewhat high inflation rate, the average is above the upper end of the two to four percent inflation target set by the BSP for the year.

With this Diokno assured that the BSP will remain watchful of economic and financial developments to ensure that the monetary policy stance remains consistent with the BSP’s price stability mandate. On top of this, BSP noted in an earlier statement that monetary authorities are closely monitoring the impact of rising global oil prices driven by improved prospects of global demand amid the gradual recovery from the COVID-19 pandemic.

For one, the spot price of Dubai crude oil doubled to$ 62.32 per barrel in April compared to the same period as last year. Dubai Crude Oil is a benchmark for Asian countries like the Philippines in terms of oil prices. With the Philippines a net oil importer, it’s crucial for the country to closely monitor global oil price movements because it can directly increase or decrease transport inflation rates.

Both the International Monetary Fund (IMF) and the World Bank expect global crude oil prices to average above $50 per barrel in 2021 and 2022.