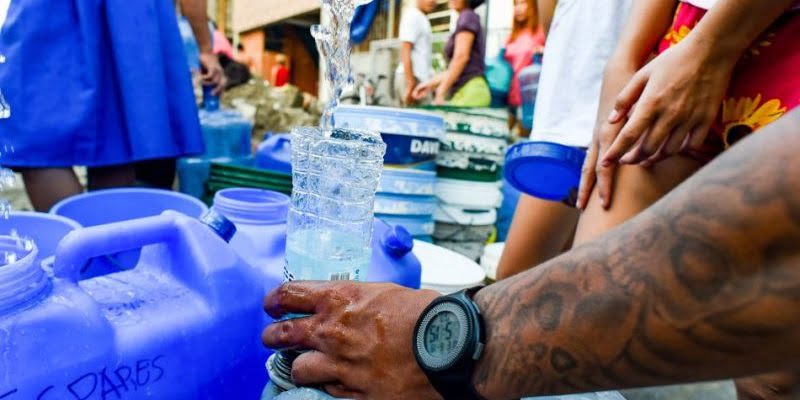 Water Concession Agreement Was Fair, But Flawed. Here’s Why

Water supply in the Philippines has stumbled upon various roadblocks this year. From tremendous water shortages to rising cost of tap water, it seems like 2019 is a year where the demand for clean water has finally been put into the spotlight on a national scale.

While the controversies and challenges that came with it made a lot of Filipinos shake their heads with disappointment, it also shed some light on the status quo of the country’s water supply and concessionaires.

The water that we consume daily didn’t just become as ready for consumption as they already are. And the process to make this happen is more complicated and expensive than what many of us think. That’s why back in 1997, the then state-owned Metropolitan Waterworks and Sewerage System (MWSS) was privatized… and the rest was history.

To help you understand how the water infrastructure has changed, evolved, and became the subject of controversy today, we do a brief rundown of some important highlights about the water concession agreement which led to the strings of events it’s facing today.

Why did MWSS get privatized?

It all started in 1997 when the Philippines (specifically Metro Manila) was facing a growing demand for clean water but the government couldn’t be burdened by its cost. During this period, the MWSS was under-serving the residents of Metro Manila and its adjacent provinces, delivering to only two-thirds of the 11 million residents, and for only 16 hours a day.

On top of that, the non-revenue water (NRW), which is what consumers receive in the form of tap water that wasn’t fit for drinking, further aggravated by water loss through meter inaccuracies, leakage, and pilferage – losses increased to 56 percent. Sewage treatment too was only three percent.

MWSS which was then state-owned needed billions of dollars to rehabilitate and expand the network, but they were also neck-deep in debt to the tune of US$1 billion. With a looming water crisis and no money to improve the water system, the state enacted the National Water Crisis Act of 1995 which eventually led to the privatization of the MWSS.

What were the conditions that came with the privatization?

The privatization led to two separate concession agreements, both spanning  25 years. The concessionaires are the two which we now know today as Maynilad and Manila Water.

The two concessionaires undertook the waterworks rehabilitation which was split into two zones: the West and the East zone. Their contracts stated that tariffs will be set at a level that the two concessionaires will be able to recover all the costs and expenditures they’ve incurred for the rehabilitation, which includes the taxes, the loan servicing costs, and their profit.

In a nutshell, all the business-related costs will be paid by the consumers.

Development throughout the years

To date, we are currently in the 18th year of MWSS privatization. And to be fair, water supply is now 24/7 and coverage is almost 100 percent.  Despite how far its development has come, the arrangement is far from perfect or at least it’s not what the public had expected from the concessionaires.

Metro Manila which is the main area of service for these water concessionaires still experiences water shortages, and it’s more frequent than normal.  On top of that, the Government recorded 38 million cases of diarrhea annually due to poor sanitation and hygiene.

While they may have very well provided sufficient water supply to Metro Manila and its adjacent areas, little can be said if they fully realized their mission to treat and provide water efficiently – as evidenced by the frequent water shortages and tap water still isn’t safe to drink.

Of public service and profits

The privatization may have partially solved the water demand of Metro Manila’s growing population, in turn, the concessionaires now wanted their money back together with some profit.

In their 2013 tariff review, expenses claimed by concessionaires were deemed as imprudent by the MWSS regional office. Subsequently, they were both directed to cut their basic water charge; 29 percent for Manila Water and 4.8 percent for Maynilad.

This turn of events is what led to three international arbitrations, which was actually concluded in 2017 but the impact from that ruling only reached the public in recent weeks.

In simpler terms, they went to an international court to complain about the Philippine government’s disapproval of their rate hike that will cover their expenditures for the rehabilitation of the water infrastructure in Manila.

As unfair as it may sound for the businessmen who are running the now privatized water concession, it also isn’t fair to impose the burden on the public for a service that they couldn’t even fully enjoy. Tap water isn’t drinkable, water outage is frequent, and the recent water crisis this year made it all the more unfavorable for consumers.

Looking beyond business and profit, should water supply be a profit-driven business, to begin with?

The United Nations has passed a resolution in 2010 recognizing that providing safe, clean, accessible and affordable drinking water and sanitation are part of all human rights. Water supply is a basic human right – everyone is entitled to clean drinking water.

It’s good to know that the two concessionaires finally backed down from going after the PHP10.8 billion pesos compensation that was due to them. But it’s worth noting that these big corporations have the legal right to claim the money that they were supposed to have earned but were disapproved.

In the coming weeks and months, the fallout from this will be taking shape. At the moment, though, the government’s backlash against the concessionaires’ arbitral win sounds like bad news for their business. Investors are already dumping shares in companies that have ties with Manila Water Co. and Maynilad Water Services Inc. due to their decision to waive the PHP10.8 billion compensation.

Both parties will be going back to the drawing board, and hopefully, find a ground where the consumers won’t be the one to take the fall simply for having access to clean water. At this point, it looks like one party needs to compromise for the sake of the other. Which party will that be? We’ll have to wait and see how this will all unfold.

Are the two concessionaires bad for suing the government over the billions of pesos in compensation for their service? On paper, maybe no. On the grander scale of things, it’s one that will depend on the people’s values.

Moneywise, the compensation move would have been bad for the consumers, that’s what’s certain.