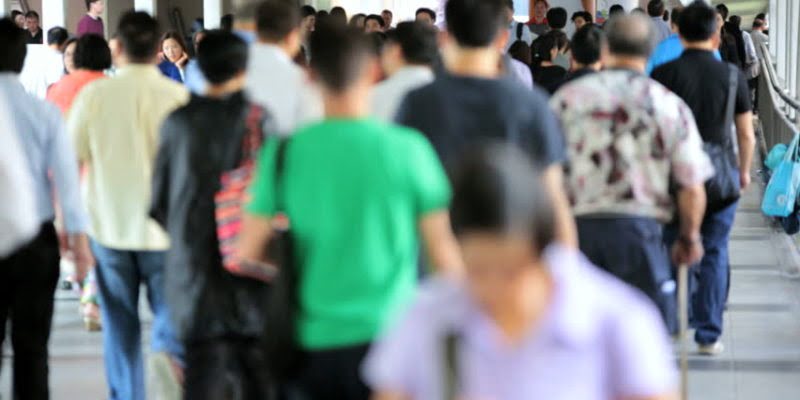 Who Are The Middle Class In The Philippines?

In the Philippines, according to the most recent research done by the PSA (Philippine Statistics Authority – formerly known as Bureau of the Census and Statistics), only 3 out of 20 households belong to the middle-class population, with 3 out of 5 of them residing in urban areas. The middle class plays within the gap between the poor and the rich, and based on these numbers, that line seems to be a lot thinner than what many of us perceived.

The middle class is basically defined as the socioeconomic group between the affluent and the poor. In a more financially focused definition, the middle class is made up of those people who have the ability to choose their lifestyle, because they have just enough resources to do so without compromising their basic needs. In economics, this socioeconomic class is a crucial benchmark of a country’s economic standing, thus it is crucial for every country to have a wider base of the middle class than other classes.

Quoting a line from the study conducted by the Philippine Institute of Development Studies (PIDS):

Just as there is no universally accepted definition of poverty and correspondingly setting of poverty lines (Jolliffe and Prydz 2016), there is also no standard definition for the middle class.

While defining who is rich and who isn’t can be straightforward to the laymen, defining who lingers in between these two contrasting classifications isn’t as easy.

So, which category do you really belong to?

How much do you earn and spend?

Primarily, the overall household income is a determinant of an individual’s socioeconomic standing, especially in the Philippines where this classification is mostly associated with finances. According to the data from the Philippine Institute for Development Studies (PIDS), the income classes for an average household of five are as follows:

For your information
This benchmark increases as the economy and inflation go up. In 2018 Pinoys need to earn ₱38,080 a month be categorically considered as part of the middle class. In 2020, the figure has changed and it went up to ₱43,828 a month. That’s a ₱5,748 increase, a 15 percent bump in a span of two years.

Another indicator that would factor in as a determinant of the socio-economic classification is the family expenditure – the ratio of the overall household expenses to the monthly income. For this one, we will be gleaning from the earlier Philippine Statistics Authority data where the classifications are grouped into three segments: the high income, middle income, and low-income groups, each representing the respective socio-economic classes.

According to the breakdown of family expenditure on average, the middle-income earners spend 34% of their income on food, 13.9% on home/rent, 9.8% on transportation, 7.7% on utilities, 5.9% on education, and 21.9% on others which can include savings, recreation expenses, and the likes.

So, are you in the middle class?

Based on the data from different sources above, for a family to be considered as part of the middle class, they must meet the following criteria:

Pitfalls of the middle class

It cannot be denied that the biggest threat to the middle class is economic stability. While everyone in the population gets affected eventually with its rise and fall, the middle class on the other hand is the first in line to experience its strain. To simply put it, the rich and the poor won’t care how good or bad the economy is because they are already suited to a certain kind of lifestyle. While the ones in the middle class will have to make the major adjustments because how they spend their money largely depends on how cheap or expensive things will become.

Primarily, the middle class is dependent on salary as their main source of income. This means that the bulk of the middle-class population is working class; this is true not just to the Philippines, but even on a global scope.

While inflation affects everyone in the population, to the middle class, it has a much bigger implication. For them, it can spell the difference between poverty and financial stability.

When the cost of living or taxes increases they feel the brunt of it. If inflation isn’t countered by the government with mitigating measures or at least couple it with efficient financial aid, the middle class will be financially squeezed. In turn, it will push back most of the population from the lower end of the socioeconomic spectrum beyond the poverty line.

Inflation without any economic intervention is basically how you pull down the middle-class sector of a country.

Efforts of the government to provide financial aid to the people are channeled through agencies such as Philhealth, Pag-IBIG, and SSS. The benefits that these agencies provide offer major financial assistance to the middle class mainly because it’s mostly this sector that’s actively funding these programs.

For one, Pag-IBIG is the most accessible means for the poor and middle class to purchase a home. Compared to banks, Pag-IBIG is highly inclusive of all socioeconomic classes, even to the poor.

If financial assistance from the government becomes inefficient, it’s the spending capability of the middle class that will mostly be hampered.

The middle class and the economy

Setting the middle class apart from the extreme ends of the social spectrum can sometimes cause misconceptions. That’s why oftentimes, the (upper) middle class is easily associated with the rich while lower-middle-class individuals mistook themselves as poor. However, as definite as to how we see what “rich” should look like, the middle class can be unclear simply because it’s greatly dependent on the economy.

While the poor population also has a more constricted spending capability, the middle-class income and spending power can easily get pushed back beyond the poverty line (for those who belong to the lower end of the middle-income spectrum) depending on the economy.

According to Michael Ettlinger of AmericanProgress.org, a strong middle class is a key to getting our economy moving. Why? Simply because the majority of the spending consumer belongs to the middle-class population. They can be a definite measure of a country’s economic performance. The middle class not only gives the country a face, it will also most likely define what it means to be a regular citizen of that land.

This article was first published in August 2017 and has been updated for freshness, accuracy, and comprehensiveness. However, the figures shown in this article are for reference only as the latest data on the middle class in Philippines is not available at the moment.