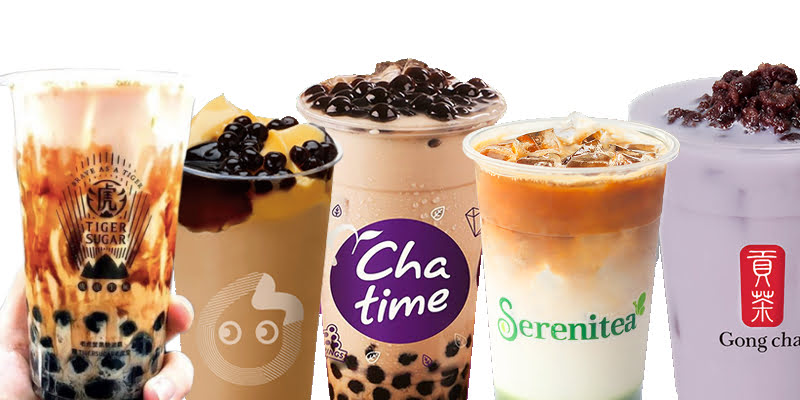 Milk Tea Mania: Your Guide To The Best Milk Teas In Metro Manila!

Milk teas have been around for as long as we could remember, but it wasn’t until last year that the popularity of this beverage has soared – it’s basically the new Starbucks of the beverage line.  In Metro Manila today, milk tea shops are packed with customers at all hours, that buying one would require you to endure at least a minimum of 15 minutes in queue.

It’s no surprise that the Philippines ranked second in milk tea consumption in Southeast Asia according to GrabFood’s 2018 study.  In that year alone, Grab’s milk tea orders grew by 3,500 percent from June to December. Considering that the Philippines isn’t even on top of the ranking in app-based food delivery services, yet the country managed to dominate Grab’s milk tea statistics.

Metro Manila has an abundant number of milk-tea shops giving Filipinos lots of choices to satisfy their newfound love for milk teas. While the base milk-tea drink may all taste similar, there are more ways than one to add flavors to this drink – that’s how milk-tea shops are defining themselves in this competitive but yummy market.

With so many shops to choose with menus boasting a wide variety of milk-teas, it may not be humanly possible to get a taste of everything without risking your health from sugar overload. If you want to skip to the best drink that each shop has to offer, the safest bet is to get their signature drink. And, here’s our quick guide for that!

It’s easy to guess where this brand came from because as the name suggests, it’s from Macao. With the goal to inspire the younger generation to have a better lifestyle, it blends a lot of healthy (fruity) flavors into their milk-teas.

Their most famous drink isn’t the healthiest drink out there, but it’s definitely healthy for your soul, especially if you love cheese! Macao Imperial Tea is celebrated for its Cream Cheese Series. Other than their famous cheese milk tea series, they also sport a posh space perfect for long conversations with barkada. One of the oldest milk tea franchise brands in Asia can trace its beginnings all the way back to 1997. The name “Gong Cha” is a combination of two Chinese characters which means Tribute (Gong) and Tea (Cha).

Their house specialty is a classic milk-tea variety which is Wintermelon. Gong Cha has a variety of Wintermelon milk teas in their menu each offering a unique blend of flavors. This is probably the only milk tea shop where you could get yourself a Yakult flavored milk tea! Who doesn’t love a probiotics drink? 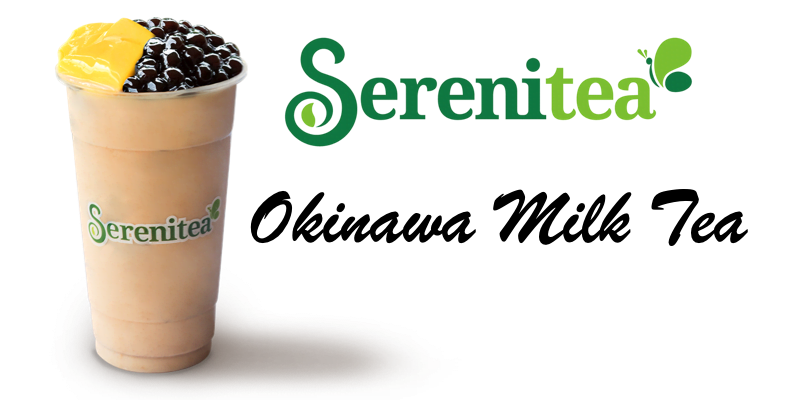 Filipino milk tea lovers should take pride in this brand because it’s one of the very few popular shops that are 100% Filipino. This homegrown brand started in 2008 and was established by two Filipino fresh grads who were aspiring entrepreneurs. It was the era of coffee shops where those French sounding coffee names (and pseudo coffees) were the trend. They went against the tide and went to Taiwan to study Milk Tea production because they saw its potential in the Philippine market. Turns out their foresight were accurate!

Serenitea’s Okinawa Milk Tea is their most sought after beverage, it blends espresso with brown sugar and milk tea! It’s basically a milk tea and coffee in one – a love letter to caffeine obsessed people who can’t live without their coffee. Its sweet milky taste with a hint of caffeine is what keeps people coming back. 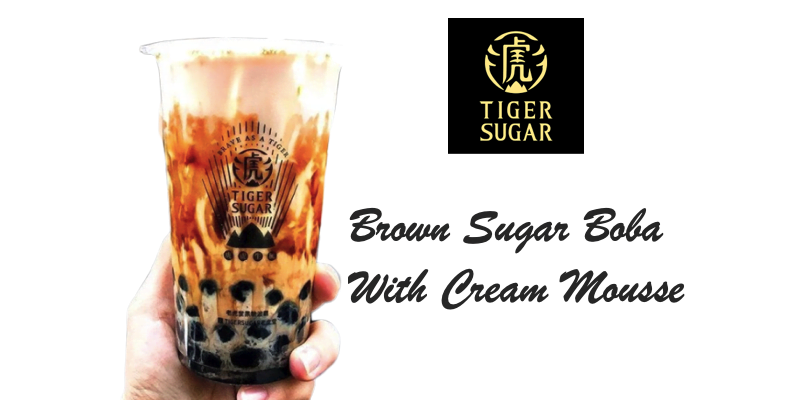 Tiger Sugar is one of the fresh faces in the Milk Tea competition whose roots can be traced from Taiwan – the home of the best milk teas in the region. They first opened shop in 2017 at Taichung Taiwan, but that didn’t stop their popularity from soaring. They just recently came to the Philippines and it’s fair to say that they’re a phenomenon. If you see an insanely long queue of mostly young people, it’s most likely that they’re waiting for their turn to get their milk tea fix from this shop.

They pride themselves for using high quality imported ingredients to craft their beverages and they nail it when it comes to presentation. You can easily tell a Tiger Sugar milk tea from how the milk tea looks on the outside – it looks like a party in a cup! The inside of their distinctive cup is coated with brown sugar that it resembles tiger stripes.  Their menu is as simple as how milk tea could get but all with a taste of their signature Tiger Brown Sugar Syrup which is made from four types of Taiwanese brown sugar syrup.

Their signature drink is the Brown Sugar Boba Milk with Cream Mousse, which is a mix of boba, fresh cream, and cream mousse. Perhaps, the first Taiwanese milk tea brand that made it to the Philippines; it rose to fame long before the milk tea era. It isn’t a homegrown brand but a local celebrity, Chris Tiu, introduced this to the market back when milk teas were still unheard of in the Philippines. It managed to become relevant in a time when frappucinos were the trend and the crowd was flocking fancy cafes as their hangout place.

Happy Lemon may not be making a lot of buzz in the milk tea scene recently, but they’ve been around long enough to establish that they’re among the best and their customers definitely agree based on how they managed to steer through the competition all these years!

What people couldn’t get enough of from this shop is the Cocoa with Rock Salt and cheese. Cheese on your beverage? That would’ve sounded absurd a few years back but Happy Lemon introduced it to the general public and the rest was history.

Cocoa with Rocksalt and Cheese Classic – that’s one word to describe this milk tea shop. It’s safe to say that ChaTime is one of the brands that brought milk tea center stage and introduced its glory to the general public. It’s probably the first brand that will come to mind when talks about milk teas come up.

Chatime is basically the home of the classic milk tea which sparked our love for this beverage, and it’s no surprise that their best seller is the classic Pearl Milk Tea. Milk teas couldn’t get as simple as that but it’s the taste that all milk tea lovers in the Philippines will always come back to! 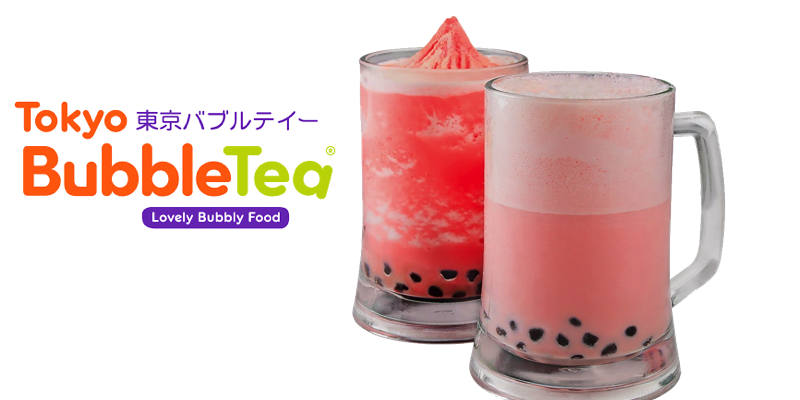 A lesser-known milk tea shop that also serves Japanese delicacies on the side. Tokyo Bubble tea has been around for quite some time now and they’ve been making creamy cups of milk tea of their own specialty. Unlike the most recent milk tea shops that rose to popularity whose origins came from Taiwan, this shop is from Japan (hence the name).

Do you have a personal favorite when it comes to milk tea? You’re welcome to share with us your top picks for milk teas in the Philippines.