Is The Minimum Wage Hike All It Cracked Up To Be? 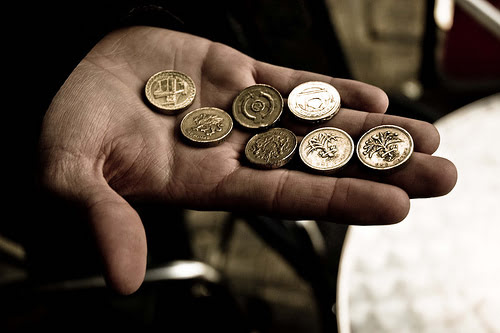 The increase in the national minimum wage by P15 [from P451 a day in the National Capital Region (NCR)] in January 1, 2014, has many Filipinos protesting and complaining about its negative impact on the country.

For a complete list of minimum wage according to regions, visit the Department of Labor and Employment (DOLE).

DOLE Secretary Rosalinda Baldoz, quoted in a report of the Philippine News Agency, said that the increase in basic pay stems from the implementation of Wage Order NCR-18 approved in September last year. Baldoz reminded employers that the increase is the result of the integration of half of the P30.00 cost of living allowance into the computation of basic pay.

But is increasing the minimum wage the best way out of poverty? How does it affect the country overall?

Waging a war against Minimum Wage

The anti-minimum wage hike group claims that such move will not lift low-income families out of poverty, but instead can lead to dire consequences for the country as a whole. The reasons for the protest stem from these reasons:

1. Higher wage increases unemployment because employers will be forced to lay off redundant positions to maximize financial resources. Wherever possible, they will replace manpower with machines to reduce the payroll list and employment issues.

2. Those who are currently eligible for government benefits will be elevated in income and removed from the list. But the question is, with additional P15, can they make do without the benefits?

3. It may also affect scholarship eligibility as the parents’ income increase; their children may no longer be qualified for scholarship privileges.

With an increase in the minimum wage, the children of these earners will miss the opportunity of obtaining scholarships from these educational institutions. Many intelligent and hardworking students will have to settle to low-standard colleges or worse, miss college education entirely.

But really, is it as bad as these people make it out to be?

A study conducted by the US Bureau of Labor Statistics divulged that an increase in the minimum wage does not necessarily increase unemployment rates. The rate of employment in the country is strongly affected by macro-economics, such as national income, output, consumption, unemployment, inflation, savings, investment, international trade, international finance, and political situation.

Increasing the minimum wage is ultimately good for the country. Higher salary will help you fund your wants and needs. This is the first step of pulling Filipinos above the poverty line, with the salary scale as a whole readjusting upward to make way for the minimum wage hike.

With this salary adjustment, Filipinos, will have access to better housing, advanced medical services and avail to higher loan options. If people are spending money it means that consumption of goods and services are going up, this action will then be bigger business for entrepreneurs, which will later on lead to job creation to supply that demand.

Reviewing the minimum wage in the country is the first step of becoming a developed nation and elevating the standard of living for the Filipinos. However, like all government policies, it must be enforced consistently to ensure optimal efficiency and effectiveness.