Miriam Defensor Santiago’s Plan to Save the Philippines 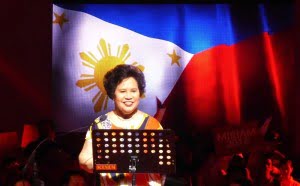 We knew Miriam Palma Defensor Santiago, by many names. To those who admired her she was one of the feistiest Filipinos to have ever lived, a quote-machine armed with a briefcase of insults and quips ready to be unleashed at any given time.

“Handbags? I don’t like them at all because they occupy my hands. My hands always have to be ready in case I need to slap somebody.”

Her enemies will also remember her for her words, and the many times she effortlessly used it in her tirades against them. Regardless of what you thought about her, her passing, confirmed by her family on Thursday morning (September 29), is probably the only showdown she ever lost. She put up a brave front in her two-year battle with stage 4 lung cancer. Ironically, that period also saw her reaching unparalleled levels of popularity through her outbursts on the senate floor and her collection of pick-up lines and play of words, summarized in her best-selling series of books, Stupid Is Forever.

“I went to see a pulmonologist and then she said ‘I’m sorry but you have cancer,’ and I said ‘Yes!’ because I wanted a challenge in my life.” 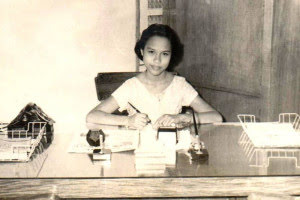 She held a position in all three branches of government in almost 50 years of civil service. In 1983, at age 37, she became the youngest presiding judge of the Quezon City Regional Trial Court. Four years later, she was appointed Immigration commissioner. She helped the post-Marcos Philippines to get rid of foreigners who were using the country to proliferate their illegal activities (drug pushing, pedophilia, and gunrunning) and the government officials who allowed them to succeed.

“Those crooks exhibit the epidermis of pachyderms. But I am prepared to fight them. I have cultivated intestinal fortitude.”

Her stint as Immigration commissioner, and a subsequent appointment as Agrarian Reform secretary, helped her gain enough popularity and support to seek the presidency in 1992, but lost a close election to Fidel V. Ramos. She officially became a lawmaker in 1995 after winning a seat in the Senate. Miriam lost two more attempts at the presidency in 1998 and 2016, which sandwiched the two other terms she won as senator (2004 – 2010, 2010 – 2016). It was in the senate that Miriam really thrived. Known for her fiery temperament and seemingly boundless knowledge of the law, she probed the proposed bills, scandals, and controversial personalities brought before the upper house with ferocity perfect for television. A senate hearing involving Miriam was must-see, must-broadcast TV, at times bumping off teleseryes and variety shows off their regular timeslots.

“I have realized why corrupt politicians do nothing to improve the quality of public school education. They are terrified of educated voters.”

Popularity and intellect, however, weren’t enough to propel her to the highest office in the land. Except for her defeat in 1992, an election smeared by allegations of widespread cheating, her bids for the presidency succumbed to opponents whose campaign platforms and personalities resonated with the masses (President Joseph Ejercito Estrada in 1998 and President Rodrigo Duterte in 2016). As news of Miriam’s passing spread on social media, netizens paid tribute to the woman many describe as the “Best President We Never Had.”  In her three attempts to be elected chief of state, the Iloilo native advocated the same principles, plans that she believed could save the Philippines.

In a 2012 speech at an inter-university conference on business economics held at Adamson University, Senator Santiago shared her long-standing strategy to fix the country, in particular, our economy.

The Philippines, according to her, has a “credibility problem.”

“Compared to our ASEAN-5 (Indonesia, Malaysia, Philippines, Thailand, and Vietnam) neighbors, the Philippines is one of the poorest performing countries in terms of governance. It is the most politically unstable and second worst in terms of corruption, among the ASEAN-5 countries,” she said. “As a result, the Philippines receives the lowest foreign direct investment (FDI). Yet we need a lot of FDIs to sustain strong, inclusive economic growth. Foreign investors are not coming to the Philippines. They are going elsewhere—to Vietnam, Indonesia, Thailand, and other places,” Santiago added.

Her solution to the problem was one that she had plenty of experience in, a lifelong passion even: eradicating corruption in the government.

“We need to fix the dysfunctional political system,” said the senator. “What’s happening in the economy goes beyond economics. When bad politicians and their counterparts in the private sector remain satisfied with the status quo, it would be difficult to expect real reform.”

She called for lesser tax incentives for big businesses, in effect destroying what she described as a “cozy relationship between bad politicians and business interests.”

The senator also argued for the end of political dynasties and the pork barrel system in the country, stating that “legislators are expected to pass laws, not build roads, bridges, or school buildings.” 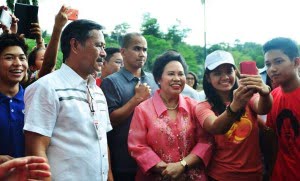 At the time of her death, Miriam is said to have filed the most number of bills in the senate, among which are two unsigned ones that echo her desire for political reform: the Anti-Political Dynasty Bill and the Anti-Signage of Public Works Bill. The latter would prohibit politicians from putting their names on signages connected with government projects and claiming credit for improvements being built with public funds.

By early 2016, at the tail-end of President Benigno Aquino III’s anti-graft administration, the economy grew a whopping 6.2 percent. According to the Philippine Daily Inquirer, because of the reforms Aquino imposed on the bureaucracy, “business has been bullish and foreign direct investment has been rising 53.1 percent from 2012 to 2014.”

Although our economy had been enjoying its fastest growth in 40 years, the drug problem grew exponentially in almost the same timeframe. The outcome of the recently concluded elections eventually hinged on who could best solve this social plague. Speaking at the Philippine Chamber of Commerce and Industries presidential forum last October, Santiago bared that she wanted to invest in people, and “prepare Filipinos for a more competitive global economy.”

Back in 2012, the lady lawmaker shared the framework of this philosophy, proposing that the government should invest heavily in public infrastructure. 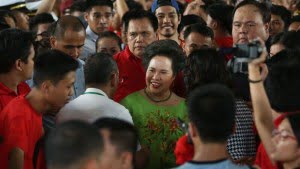 She expounded on her plan on the campaign trail in 2016. “Our roads, bridges, urban transit systems, airports and seaports are crumbling. We need to build them up at par with, if not better than, our ASEAN neighbors. “

“We need to educate them, take care of their health, and feed them so they will become productive members of a growing work force,” Santiago explained. “Only by investing in people can we truly make growth inclusive. Only if the young are educated and healthy can they benefit from growing economic prosperity.”

To sustain her bold plans, the senator also called for more reforms of our tax system. Her equation was simple. First, she wanted to decrease personal income tax from 30 percent to 25 percent. To compensate for this, she proposed higher sin taxes (taxes for products that “impose negative externalities” like cigarettes, liquor, petroleum products, soft drinks, and bottled water). Lastly, she sought higher tax on real property, “especially on the second, third and succeeding homes.” Help the work force, discourage vices, and make those who have more pay more. She had offered her thoughts on other issues as well—how to prepare the country from drought (El Niño) and typhoons (La Niña), expanding the conditional cash transfer program, and lowering the country’s carbon footprint. All in all, it seemed Miriam Defensor Santiago, failing health and all, just wanted to leave behind a better country. She was never going to be president. She must have known that. But she couldn’t help but share her knowledge one last time to those who will come after her.

The question now is, can we do right by Miriam?