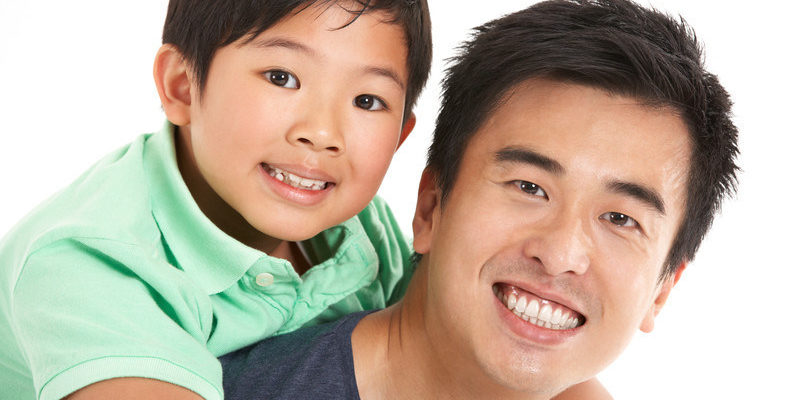 Lessons About Money and Finances We Can Learn from Famous Dads

One of the hardest things for most parents to talk to their kids about is money, and this Father’s Day, the topic is perhaps one of the things that fathers are pondering. So to help parents find inspiration on the topic, particularly fathers who might be at a loss for words, below is a short list of some highly successful or famous people (real or fictional) and their dads’ best and cheekiest advice about money and finances:

There has been no shortage of fatherly advice from dads across time. From philosophers to novelists, dads have been imparting their secrets to finances since the dawn of time.

A famous novelist, poet and essayist from the late 18th centuries and is most famous for his philosophical novel, The Picture of Dorian Grey. He was a father of two and had a very unconventional family life for his time. His life was just as enthralling as his stories; he’s had major success with his novels and earned the fame and respect that one could only dream of, and he went through a major downfall later in life.

He went through the best of both worlds; thus when it comes to the bitter truths of societal norms, he had a pragmatic but unidealistic view towards it. While his short story The Model Millionaire  clearly focused on the importance of wealth in Victorian England, the title and the opening sentence draw attention to this point, “Unless one is wealthy there is no use in being a charming fellow.”

Not only was Benjamin Franklin a father to his kids, he is also one of the founding fathers who drafted the Declaration of Independence and the Constitution of the United States of America, and he went to the negotiation table in 1783 for the Treaty of Paris, which ended the Revolutionary War in the 17th Century.

His credential goes from being a diplomat, investor, scientist, to being a writer. And, aside from his influential role in the war and politics in his time, he is also known to be a bit of a financial guru as he’s been quoted a couple of times for his pieces of advice on finances that will leave you pondering your spending habits.

“A penny saved is a penny earned.”

“An investment in knowledge always pays the best interest.”

“Rather go to bed without dinner than to rise in debt.”

If you’re someone who is struggling to make your finances meet halfway, master the art of budgeting, or simply take charge of your cash flow and investment, financial gurus are the best people to seek help from. And, it cannot be denied that in this field, majority of the “gurus” are men especially fathers!

He is CNBC’s Mad Money co-founder and host. On top of that, he’s the chairman of thestreet.com, a financial news and services website. Meanwhile at home, he is a father to two children and happily married to his wife since April 2015.

Mad Money is a show on American television that gives its viewers an inside look of the minds of the most respected and successful money managers at Wall Street. His show is every American’s (or even non-American’s) personal guide to understanding the world of investment or navigating through the limitless financial opportunities in Wall Street.

A well-known voice in the American household when it comes to money, Dave Ramsey is a businessman, an author, a TV personality, a radio host, and a motivational speaker rolled into one! Aside from that, he is a devout Christian, happily married for 30 years with his wife Sharon, and a father of three children.

His rise to financial success came at a very young age. At 26, he already managed to build a rental real estate portfolio which is worth US$4 million. His financial journey wasn’t perfect, as he also had his share of rough times – his real estate business went bankrupt. Despite that, he managed to recover and when he did, he started his counseling feat at his local church. Eventually, his counseling service kicked off his career in financial advocacy leading to the success that he now holds.

“Personal finance isn’t rocket science. It’s just common sense. It’s how your grandparents lived – if you don’t have the money, you can’t buy it!”

“You must gain control over your money or the lack of it will forever control you.”

“It is human nature to want it and want it now; it is also a sign of immaturity. Being willing to delay pleasure for a greater result is a sign of maturity.”

His advocacy on good money management trickled down to his daughter, Rachel Cruze too, an American author and activist for financial literacy.

~Rachel Cruze, co-author of “Smart Money Smart Kids: Raising the Next Generation to Win with Money”

He is the author of the famous and number one financial book of all time: Rich Dad Poor Dad. His book has been a phenomenon as it has challenged the way millions of people in the world perceive money.

His book is highly acclaimed because it speaks the reality of what the affluent teach their children about money that the poor and middle class do not. It’s a very interesting and realistic  no-nonsense approach towards finances.

Here are some of the most quotable quotes from his book Rich Dad Poor Dad.

“Know what an asset is, acquire them and become rich.”

“Often in the real world, it’s not the smart who get ahead, but the bold one.”

“Business and investing are team sports.”

“Business is like a wheel barrow. Nothing happens until you start pushing.”

In the world of business, there has never been a shortage of fatherly figures to look up to by aspiring businessmen and entrepreneurs. In fact, they dominate this scene quite easily. In the Philippines, we have an  abundance of business tycoons from the patriarchy. That’s why Father’s Day or not, they’ll always be the epitome of successful wealth management.

He is a father of six children, and is looked up to as  one of the richest persons in the Philippines. He owns various retailers and real estate all over the country. SM, the largest shopping mall chains in the country is one of businesses owned by Henry Sy and his family. Henry Sy made it to the billionaire’s list of 2017, with a networth of US$14.3 billion as of June 2017, owning the 94th rank worldwide!

Despite being a son of a businessman, Henry Sy at a young age didn’t feel any satisfaction filling his dad’s shoes. He strived to start his own business – a footwear shop. His business venture started with such a humble origin and eventually lead to the success that he has achieved today.

Here’s a word of advice from this self-made businessman to everyone needing a guiding light in their careers and/ or life in general.

“You have to dream, whether big or small. Then plan, focus, work hard and be very determined to achieve your goals.”

Another self-made Filipino billionaire, who is known as a business magnate, philanthropist, and investor. He is well-known as the president of Cebu Pacific Philippines and currently has holdings in telecommunications, petrochemicals, power generations, aviation, livestock farming, and the list goes on. His career certainly goes beyond just Cebu Pacific. Aside from that, he is a father of six children!

That’s why his extraordinary success is really worth taking inspiration from, especially for budding entrepreneurs who want to take their business venture to greater heights.

“Every big guy started off small.”

“The important thing to know is that life will always deal us a few bad cards, but we have to play those cards the best we can.”

Remember, actions speak louder than words, and the greatest gift you can give your kids is to practice what you preach. Donald Trump said it best, “I believe supervision, discipline, and a strong example to be important. My children saw how hard I worked and that created a norm for them. Likewise, they have very strong work ethics. Children watch, and adults have to realize the effect they are having on their children in their behaviors and habits. Children who are spoiled have less of a chance at a well-balanced life.”