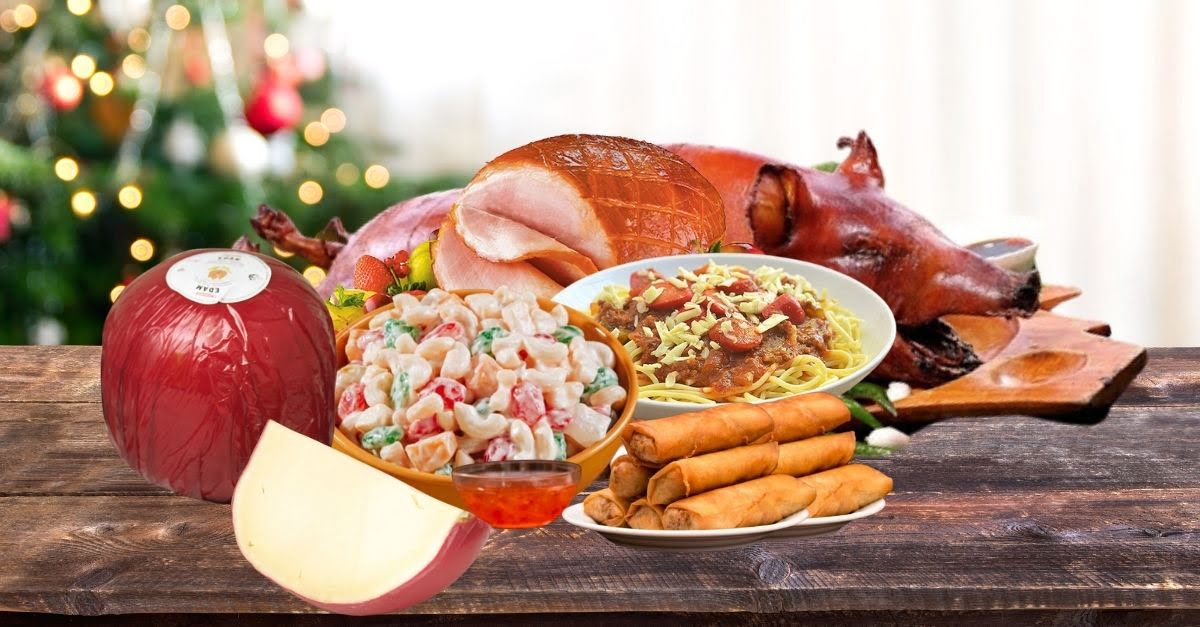 How Much Does A Typical Filipino Noche Buena Cost?

Christmas is upon us once again, and nobody does it better than us Filipinos. Being home to among the longest Christmas seasons in the world, it’s no surprise that we culminate this festival in a grand fashion – successive evening masses and perpetual gift-giving days before Christmas and a grand feast on Christmas Eve called Noche Buena!

While the term Noche Buena means “Good Night” in Spanish, we Filipinos don’t spend it sleeping. Instead, we actually make Christmas Eve a “good” one by filling it with a very festive vibe overflowing with scrumptious dishes and drinks, usually of the alcoholic variety.

Unlike any regular celebrations, the Filipino Christmas menu isn’t just made of out of standard Filipino cuisines. It’s a majestic feast where the grandest Filipino culinary traditions come together to honor the biggest commemoration of the country’s main religion.

While every family has their own preference and favorites for their Noche Buena, there are dishes that are a must-have for this occasion and the celebration is just not complete without them. These are among our Noche Buena favorites and how much they cost on average. 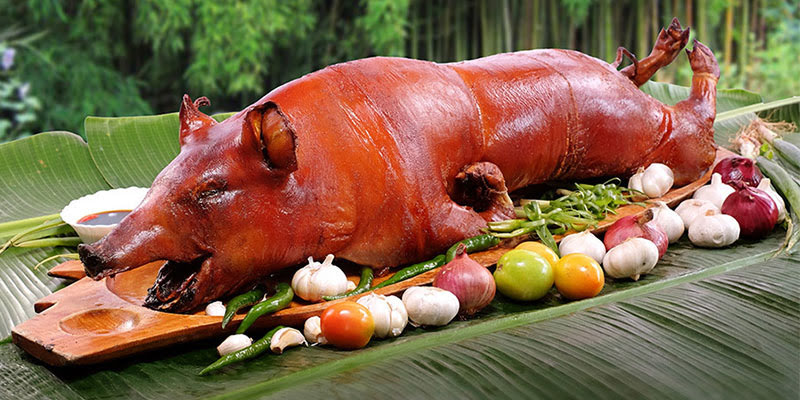 For Filipinos, it’s a dish for all occasions – may it be a birthday, a fiesta, a baptismal, or even for just celebrating little wins in life. But know that when we bring in the big guns (an entire lechon) to the table, it calls for some serious celebration. Of course, one of those occasions is Christmas.

We don’t just celebrate Christmas longer and earlier than the rest of the world for nothing. A whole lechon (not just a kilo) is probably the priciest item in our Christmas menu, but we can never do without our all-time favorite Filipino dish. It’s not a real celebration if there’s no lechon.

Alternatively, if you still want that lechon taste on a budget, you can opt for either Conchinillo for ₱6,500 to ₱9,800 or the cheaper lechon belly for around ₱5,000 or lower.

This may be an Italian dish, but we Filipinos appreciate good food when we come across one. Thus, spaghetti, much like the lechon, has made its way into our food culture, not just as a celebratory dish, but even as a casual meal.

We have also made our own mark in the dish by way of our unique Filipino spaghetti, where we either replace or mix tomato sauce with banana ketchup or Filipino style spaghetti sauce to give it its distinct sweet taste that favors our Filipino palate and top it with sliced hotdogs.

This is not as sought after as the lechon (but nothing less tasty!), but Hamon de Bola aka holiday ham is one of the main fares in a Filipino noche buena. And, it’s probably always present as it’s a traditional holiday giveaway that Filipino companies offer their employees.

A Filipino rendition of spring rolls or egg rolls. Primarily, this dish should serve as an appetizer or a side dish, but since we’re Filipino, we don’t really do such things.

Either we eat lumpia by itself (as a snack) or as a viand with some rice, there’s no in between. Since this dish takes more effort to prepare than how we cook our daily dishes (just like the adobo), it’s probably why lumpia is only prominent in special occasions despite being a favorite of most Filipina aunties / Titas.

It’s a Filipino delicacy which we inherited from the Spaniards, but originally, it’s a food culture from Holland. This festive ball of cheese which has been gracing our Noche Buena menu has been around for as long as we could remember.

While not every Filipino family opts to put this on their Noche Buena table, nothing can signify Noche Buena better than a Queso De Bola – because it only starts to appear in the grocery stores when Christmas is already near.

If food was Christmas, this would probably be it. With its heterogeneous flavor and a colorful looking mixture of ingredients, it’s practically the item on the menu that screams “Christmas.” It’s sweet, chewy, and has a silky texture – makes for a perfect Christmas dessert.

Christmas is one of the most awaited occasions of the year for us Filipinos. We do the best that we can to stick to our tradition and serve the most festive dishes on our menu to usher in the most awaited day of the holiday – Christmas!

Not everything on this menu may make it to your table, but it’s safe to say that we put a lot of effort into preparing for Noche Buena. Whether it’s with a sizable lechon on the table or not, it will still cost us a lot of money.

Depending on how big your preparation is and which items you’ll be including in your Noche Buena menu, this may or may not provide you a good enough estimate of the actual overall cost. However, it will serve as a good price reference for each of the items mentioned.

To break it down, here’s how much a typical Noche Buena feast might cost you!

Disclaimer
Estimated costs are based on the average rates from the sources below. Actual cost may vary per region and establishment.
[Sources: 1, 2]