You Don’t Need To Buy The Latest Smartphones To Upgrade!

Keeping up with the latest gadgets and flagship smartphones today has become more about bragging rights than a pure upgrade. Getting the latest smartphone first may provide you temporary satisfaction, but at the end of the day, will it make a life changing difference?

It’s 2017 an, it seems like we have now reached the peak of our technological innovation. Most new smartphone features nowadays are just small incentives that aren’t really game changing like it used to when touchscreen and camera phones first came out.

At the speed of new models being launched, it’s safe to say that flagship devices from a year or two ago are still relevant today, even with all the newest flagships coming out this year like the iPhone 8 and the Galaxy Note 8.

If you’re simply looking for a kick ass phone that won’t burn your wallet, you will never run out of options as less recent phones becomes more affordable than they did when they first came out. With the release of newer smartphone models from renowned brands (Samsung and Apple), now would be the best time to get their less recent but flagship level smartphones without burning a hole in your wallets.

Below is our pick for the best less recent smartphones that will still give you the best value for you money. 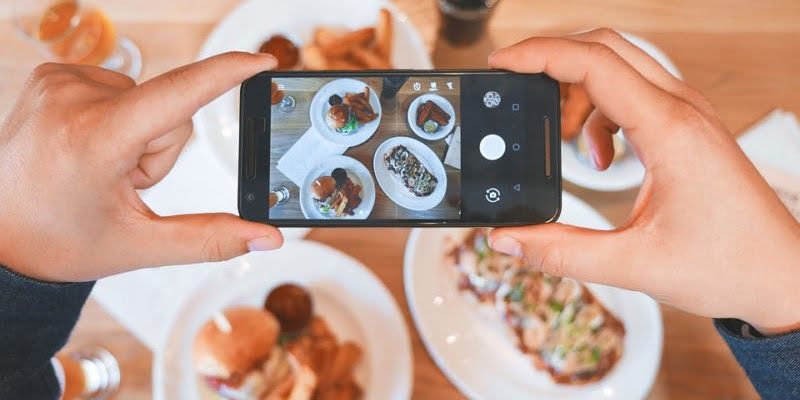 As far as camera goes, most smartphones today invest more on perfecting a better algorithm and integrating better hardware into their cameras than further increasing its megapixels. The resolution is only as good as the sensor, that’s why even smartphones from last year and the year before are still on par with the latest flagship devices of today when it comes to the camera.

Simultaneous 4K video, 9MP video recording, touch focus, face/smile detection, Auto HDR, and panorama on top of its phase detection focus and optical image stabilization (OIS) are some of this phone’s greatest features. It can even take impressive low-light shots that not all cameraphones today could pull off. The camera sensor of the Galaxy S7 is so good the Galaxy S8 is using the same technology for its camera. Despite being one generation behind, its camera is one of the best in the market. There’s never a shortage of phablet-sized smartphones today. Five-inch screen phones and above have already become a standard and it’s quite appropriate for smartphones knowing that people love to stream videos through their phones. You don’t really need to buy a Note 8 for that, there are phablets right now that could satisfy your need for that for a fraction of price.

This spot would’ve been taken easily by the Note 7 if not for its battery fiasco. However, that’s not to say that the Note 5 doesn’t come nearly as good. It’s a Galaxy Note device, whether we like it or not, it will remain relevant for a long time. Not because of its premium smartphone branding, but because of its highly intuitive features that goes beyond what a typical smartphone could do. The S-Pen carries loads of features that will take on-the-go productivity to the next level of ease!

The Note series has become a staple of phablets, because it invented phablets in the first place. There’s but a few phones that come equipped with a enough battery juice for the entire day with just a single charge. Surprisingly, Xiaomi managed to create an extremely compact device that could carry a battery size that we’d only get to enjoy in tablets-sized device.

This phone is hands down one of the most juiced up smartphones that you’ll see to date, for its size. It carries a 5-inch screen but its body is no bigger than an iPhone 6. You can easily grip it with just one hand, but still enjoy a big enough screen for hours of video streaming (courtesy of its supersized 4000 mAh battery).

Even the battery hefty Nokia 8 falls short in terms of battery capacity compared to the Mi 4x.  If you just want to have a phone that can do all the basics for you (photography, call and text, browsing, multimedia), then this phone is a steal. The outcome of the debate will greatly depend on your priorities (what matters most to you in a phone). However, no one can deny the fact that the iPhone’s user interface (UI) is what keeps its fans coming back for more. Even Android manufacturers emulate Apple’s iOS interface, but whether they are successful or not it’s a debate for another time.

Its design is plain, simple, and pleasing to the eyes. Everything that you’ll ever need is right where you can see it.


However, you pay a premium for it. If you’re budget conscious and does not mind a little compromise on the specs sheet, you can go for the iPhone 6. If you can spare a little bit more to enjoy a snappier chipset, you can go for the iPhone 6s. Either way, these phones are a still winners in today’s smartphone scene despite the iPhone 8 just being launched. It may have faster chipset on paper, but in reality, it’s not gonna make a life changing difference. Planning to buy an iPhone 8 or even X? Here are 5 things you can spend on instead.

Take your pick! You don’t need to shell out a fortune just to enjoy a premium smartphone experience. For just a fraction of price, these smartphones will give you that!