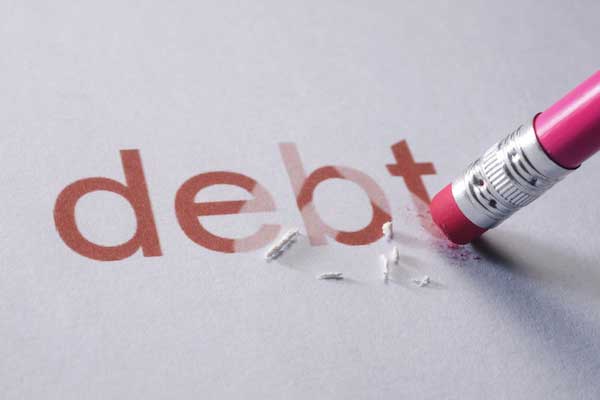 Credit card debt is scary, especially when you don’t have a plan of attack. When you look at all those numbers, it might seem very overwhelming, especially if you have multiple cards. How do you begin to pull yourself out of the hole of credit card debt?

There are a few tried-and-tested methods to help you pay off credit card debt. Essentially, these techniques boil down to: pay the minimum on all your cards, and funnel all your extra money at the card you want to pay down the fastest. They just differ on what card that should be. Which one will work for you?

This method tells you to pay off your lowest balance first. Ignore the interest rates and list your credit card bills from lowest to highest. Pay the minimum payment on all of your cards (in all these examples, we’re assuming 5%, but it might be different for you — check your card), but focus all your extra money on paying off the lowest balance first. Let’s take these cards as an example:

And finally, by Month 10, you’ll have paid all of it off!

Attack the card with the highest interest rate first. From a purely financial perspective, this is the best way to go — and it’s the method advocated by many financial experts. And it makes sense. Higher interest debts cost more, and if you pay them off slowly, you’ll end up paying a lot in interest in the long run. So in this method, pay the minimum on all your cards (again, assuming it’s 5%), but throw all your extra money at the card with the highest interest:

Let’s assume, like in the earlier example, you also have a total of P17,000 to use for all credit card payments. Focus all your extra money on Card 2 first (while still paying the minimum on Cards 2 and 3). Once that’s gone, use your P17,000 on Card 1 (while still paying the minimum on Card 3). And once Card 1’s been dealt with, throw all your money at Card 3.

This is how you start:

By Month 5, Card 2 will be gone, and you can put the extra money towards Card 1:

This is the reverse of the snowball method — pay off your highest balance first, regardless of interest. You might be tempted by this, but it’s not advisable because it combines the worst of the two methods mentioned earlier: you don’t have the satisfaction of paying off one card off quickly, AND you’ll end up paying more in interest if your highest balance card isn’t the same as your highest interest card. In our earlier examples, you won’t pay off a single card until 6 months, and you’ll end up paying P18,367.13 in interest, over P4,000 more than the snowball method.

Exception: if you have two cards with an equally high interest rate and you want to use the debt avalanche method, pay off the one with the highest balance first.

Whichever one you choose, you’ll have to make sure that you stop using the cards you’re paying off — otherwise, it will take even longer to pay off credit card debt.

So which one is better?

If you’re driven by numbers and don’t have a lot of trouble staying motivated, the ‘highest interest rate first’ method would be better for you. You’ll end up paying less in total interest — in our example earlier, more than half as much as the snowball, and you may be able to pay off all your bills in less time. And on a longer debt payment timeline, you’ll end up saving even more in interest.

But if you take human psychology into account, the snowball method actually works better. A paper from Northwestern University’s Kellogg School of Management explored how people stay motivated when working towards a long-term goal, like debt elimination, and found out that people who used the snowball method were more likely to eliminate credit card debt.

If you have a hard time staying motivated and you try the higher-interest method, you may have trouble keeping up payments because you don’t feel like you’re making any progress, and backslide into debt. Even if you’ll end up paying more in interest with the snowball method, the psychological effect of completely paying off debts sooner (2 months to completely pay off one card with versus 5 months in our above example) will encourage you to keep at it until you’ve eliminated all your credit card debt.

So the best method to pay off credit card debt really depends on you. Do you have the discipline to pay off the highest interest first, knowing that you’ll actually save money in the long run? Or do you think you’ll be more motivated by eliminating smaller debts faster? Consider your personality and your payment ability, so that you can choose the method that will work for you. Once you’ve chosen, you’ll be on your path to freedom from credit card debt.