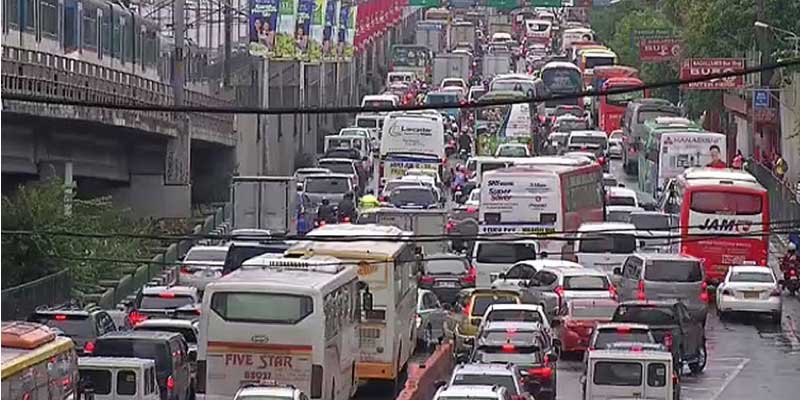 Traffic congestion in Metro Manila is now causing the Philippines to lose ₱3.5 billion a day, according to the Japan International Cooperation Agency (JICA) on Thursday, February 22.  In JICA’s 2014 report partnering with the National Economic Development Authority (NEDA), the country suffered ₱2.4 billion losses daily due to Metro Manila traffic. The report then projected ₱3.5 billion in daily losses by 2017.

JICA’s Philippines Office Chief Representative, Susumu Ito has added that it might become ₱5.4 billion a day in 2035 if nothing will be done to fix it. However, with Build Build Build (BBB) program’s additional projects, it will reduced to ₱2.4 billion a day. The 2014 report of JICA indicated that the traffic demand stood at 12.8 million vehicle trips in the metro. It added traffic volume exceeded the capacity of most urban roads. In 2017, the traffic cost in Bulacan, Laguna, Cavite and Rizal had also reached ₱2.3 billion a day.

Susumo Ito presented the 2017 road map data to the 36th Joint Meeting of the Economic Cooperation Committees of the Philippines and Japan on Thursday February 22. However, NEDA said the data is still pending review and approval.

The BBB program is the Philippine government’s medium-term goal to hike infrastructure spending from 5.4 percent of the country’s gross domestic product (GDP) in 2017, to 7.3 percent by the end of President Rodrigo Duterte’s term in 2022. The government plans to spend ₱9 trillion under this program.

Transportation Undersecretary Tim Orbos acknowledged that traffic in the country has considerably worsened. However, it also means that the government is “on the right track” with its projects. He said while government projects being constructed may aggravate traffic now, they will have long-term benefits in the future. it may take some time, it may take a year or two, even three years with all the projects ongoing, but this will definitely be in the line of solving these things.

He also said there were several factors contributing to the traffic, like the improving economy and population growth.

“We have to acknowledge that the economy’s getting better and therefore there’s a lot of transactions going on,” he added.

Orbos said the government is looking into policies and modes of transport like the railway to help cut losses. The government is targeting to build more than 1000 kilometers of railways by the Duterte administration’s end.

On the other hand, NEDA Director-General Ernesto Pernia said that 2018 will see the rollout of 34 infrastructure projects to improve transport networks and ease traffic congestion in the Philippines, including the metro. The Metro Manila Subway Project is expected to break ground in the third quarter of the year. Twelve bridges along the Pasig-Marikina rivers and the Manggahan Floodway will also begin construction and improvement this year.

Other projects to kick off  include the Panguil Bay Bridge Project which will connect Misamis Occidental and Lanao del Norte, the Mindanao Rail Project’s first phase spanning 102-kilometers of rail network in Davao City, and the Philippine National Railway North 2 and south long-haul.