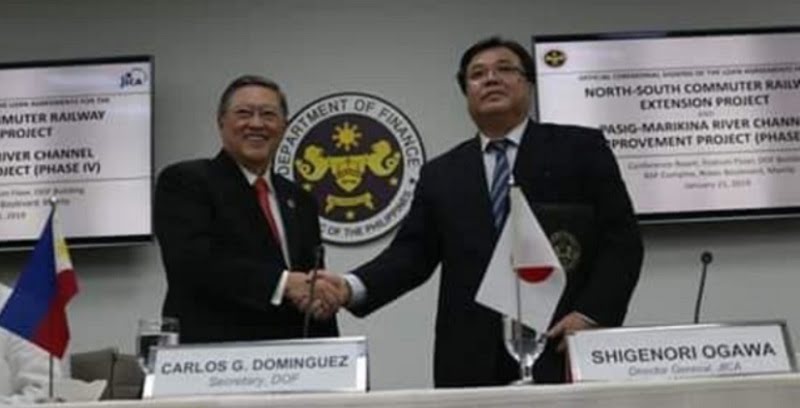 One of the biggest projects to have been inked under Duterte’s infrastructure program “Build, Build, Build”, the ₱80.47-billion (US$1.54-billion) loan agreement on the 109-kilometer North-South Commuter Railway (NSCR) extension project has been signed with the government of Japan.

The deal represents the first tranche of funding support for the ambitious NSCR. The report states that the total loan financing carries an interest rate of 0.1 percent annually for non-consulting services and 0.01 percent each year for consulting services with a 40-year repayment period, inclusive of a 12-year grace period.

A separate deal for the fourth phase of the Pasig-Marikina River Channel Improvement Project worth ₱18.22-billion loan accord (about US$351.8 million) was also signed with Japan International Cooperation Agency (JICA) for a flood control project.

“This is, by far, the fastest loan processing time in the history of Philippines-Japan bilateral cooperation. We would like to share the credit here with our counterparties, who espoused the same sense of urgency and trusted our commitment to get these projects done,” Dominguez said, highlighting that this commuter rail service should have been built years ago.