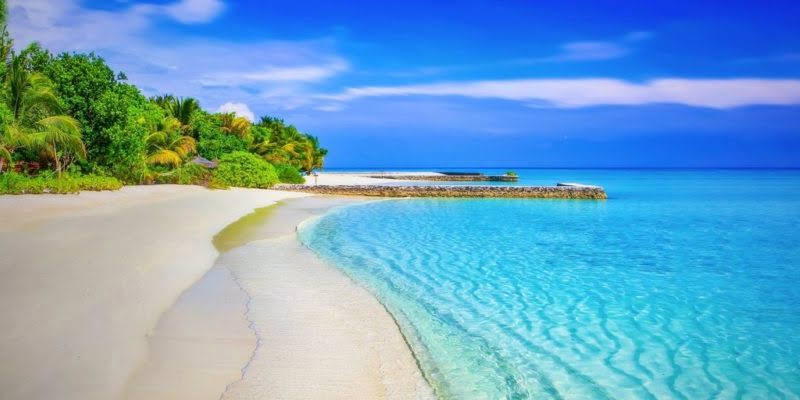 Summer is the best excuse to be out and about and living it up. And, the Philippines offers a treasure trove of fun activities that will help you put your holiday to good use and make hay while the sun shines, even if you don’t plan to stray too far from the metro!

If you simply want to have a quick escape from the heat in Metro Manila, there isn’t any shortage of destinations that will let you chill down as the temperature rises this summer! Whether you want to be underwater or into the mountains for a bit of cooler air, these destinations will give you just that for just a few hours drive!

This famous volcano is just 90 km away from the hustle and bustle of Metro Manila. It’s a venue where nature lovers get to have the best of both worlds – an adventurous hike and a refreshing swim! Cap it off with the breath-taking view of Mt Pinatubo’s crater lake. As odd of a destination as this place to go swimming, surely it is one to include on your bucket list!

Distance: 90kms from Metro Manila (2.5 hours drive)
How to get there

The most recommended way to go here is through package tour from Manila to Pinatubo Crater that will provide you direct return transport to Mt Pinatubo Crater from one of their pick up points in Metro Manila.

While going to Capas (the base of Mt Pinatubo) can be easily done by car or bus, going up to the trekking site will be a separate trip and can only be done through a package tour from a travel agency at Mt Pinatubo’s base. A 4×4 transport will be provided due to the mountain’s rough terrain, which you will have to pay for anyway if you drive all the way to Capas (base of Mt Pinatubo).

instead of driving your way to Capas and then paying for the package tour from there which is only ₱500 to ₱1000 difference.

Alternatively though, if you decide to drive your way to Capas and book a trekking tour from there, here’s what you need to do:

1. Take a bus or drive from Manila, Cubao, or Pasay to Capas, Tarlac.

2. Go to Santa Juliana Tourism office to register and pay for the trekking package tour. 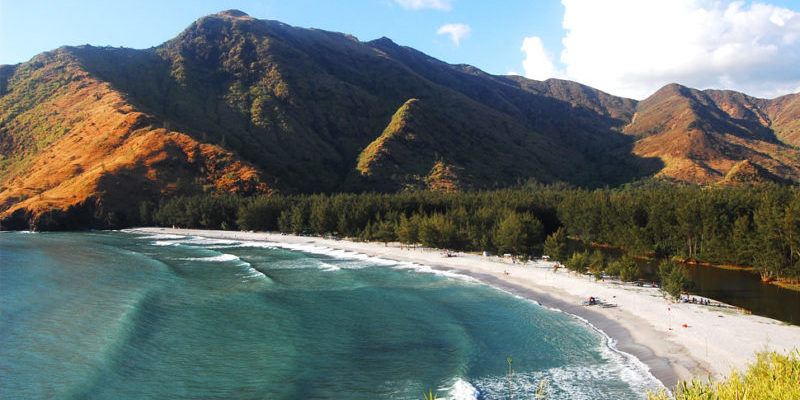 Zambales is one of the northernmost provinces    in Luzon. This province is closely adjacent to the sea, making it accessible to fresh seafood and beaches, which is what this place is particularly known for. Meanwhile, the municipality of San Antonio in Zambales, the southernmost municipality that directly faces the sea, is equally blessed with several pristine beaches.

Distance: 188.9kms from Metro Manila (4 hours drive)
How to get there

From Manila, you will need to drive along North Luzon Expressway (NLEX). Take the Dau exit and enter Subic-Clark-Tarlac Expressway (SCTEX). Exit at Subic and turn left when you reach the Olongapo Public Cemetery. You will pass the municipalities of Subic, Castillejos, and San Marcelino

While it’s very efficient to get there on your own transportation, you can save a lot more if you just choose to commute.

For a bus ride to San Antonio, Zambales, the cost for a one-fare won’t even go beyond ₱300.00. Victory Liner serves passengers going to Zambales. You can find terminals of this bus line in Cubao, Pasay, and Caloocan. For a Hop on a bus bound for Iba, Zambales, and get off at San Antonio Public Market. The fare costs about ₱ 270.00.

While you’re still at San Antonio Public Market, make sure to buy supplies because food selections at Anawangin Cove are scarce. You can opt to buy cooked meals but since you’re going camping, you might as well buy fresh ingredients that you can cook yourself for the total experience.

Zambales is where water meets the forest – you will enjoy not just its crystal clear waters, but also the scenic coves that you easily trek to from the beach. There was a time when the phrase “beach near Manila” was synonymous with a place in Zambales. There are one too many beaches in Zambales, but here are our top picks to make the choosing the least of your worries:

One of the most famous destinations near Metro Manila for that quick break from the heat – summer season or not. It’s basically among the coldest places in the Philippines, boasting fresh clean air and a pleasant atmosphere. Tagaytay is practically the perfect place to be to escape from that summer heat and the hustle and bustle of the Metro.

66kms from Metro Manila (2 hours drive)
How to get there

From Manila, you will need to drive along South Luzon Expressway (SLEX) and then exit via Sta. Rosa. Drive straight on through all the way to the Tagaytay Public Market (near the Tagaytay Econo Inn). Turn right to go to the Tagaytay city proper (and the Junction Tagaytay!). Alternatively, you can also exit via Eton or Greenfield then take the Sta. Rosa-Tagaytay Road to avoid the traffic jam.

Get the bus at the Uniwide Coastal Mall in Pasay City where the MMDA Southwest Integrated Bus Terminal is or at the bus terminal near Buendia (also known as LRT Gil Puyat Station.

Laguna is a testament that paradise isn’t always made of pearly beaches and white sands. Despite getting partly overlooked because it isn’t your typical beach destination for summer, much of Laguna’s beauty is about its untouched and densely covered rainforests and waterfalls. Additionally, its towns radiate its glorious past as it retains its historic facade. And as a bonus, Laguna’s cuisine showcases some of the best of the Southern Tagalog region.

102km from Metro Manila (3 hours drive)
How to get there

There are two points of entry to Laguna from Manila: via the southern route and the eastern route.
Bus:
Southerm route – major bus companies ply the generally developed and well-maintained provincial road from Metro Manila. JAM Transit, HM Transit, Green Star Transit terminals can be found along EDSA and at Buendia, Pasay City.
Eastern Route – from EDSA-Mandaluyong (MRT Shaw Station), take a bus or FX going to Tanay, Rizal, and then take a jeepney to Siniloan, Laguna. 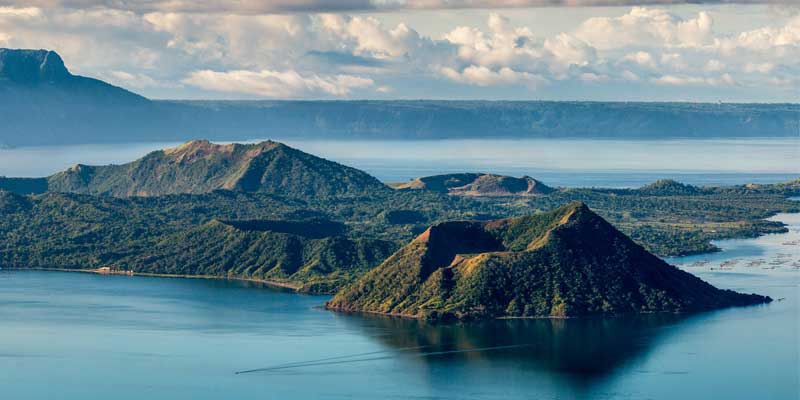 Batangas is just a few hours away and there’s more than one way to create an itinerary for a trip to this historic destination. This destination has so much to offer – whether you’re looking for an adventure trekking, a gastronomic adventure, a trip down the memory lane through the historical sites, or just a sunny day at the beach, Batangas will always have something for you.

Bus:
All buses will use the South Luzon Expressway (SLEX) but take different exits.
Here are some of the bus companies that travel to, from, and around Batangas, and where you will find their terminals here in Metro Manila:

Van
There are also three van terminals in Metro Manila that can take passengers to Batangas, these are the following:

The fun in Batangas doesn’t stop there. There are one too many things to do here and most importantly, there is an abundance of pristine beaches scattered around Batangas. If you’d rather enjoy your entire stay here channeling your inner Ariel, check out our list of the best beach resorts in Batangas.

They can cost you a little more but if you come prepared or have the right credit card, you can still manage to scrape some dough from your expenses!

The Card That Pays You Back For Spending

Get 0.2% rebate on your travel expenses.
Apply Now

Having a credit card can be quite convenient but you can’t be certain if you can pay by card on all the places that you’ll visit during your trip. Just to be safe, it’s best to have the right amount of cash for your pocket money to cover all of your cash transactions. For fast, additional funding, you can avail an online cash loan through online loan providers listed on our site. It’s convenient, secure, and guaranteed by reliable and reputable companies as they provide the cash you need straight to your account.