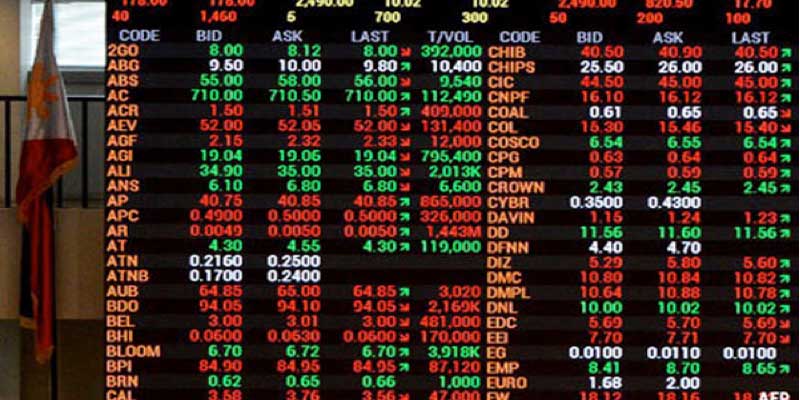 The Philippines Stocks Exchange index finished at 8,738.72 on February 1. It retreated by another 25.29 points, or 0.28 percent, an indication that it continues to correct even as it tried to rake in some gains in early trade, according to some analysts.  Meanwhile, the broader All Shares index has gained 6.09 points (equivalent to 0.11 percent), finishing at 5,130.92. Most index counters, except for the property index.

Overall all, the total value turnover was still likewise thin at ₱7.339 billion.   Market breadth remained to be positive despite the pullback, with 113 to 88 in favor of advancing stocks while 54 issues were left unchanged.

According to April Lee Tan of COL Financial Philippines, the index may decline further if the support breaks past the 8,700 to 8,500 range, and may perhaps settle between 8,443 to 8,275 marks. This is due to some opposing volatility which may surf arc similar to what happened in 2015 and 2016. Thus, she advised investors to be “wiser into counter rallies and to know that share supply remains abundant after a major runup which may take time to unwind.

The market has been correcting after the index reached its highest close ever on January 29 at 9,058.62.

Traders will be looking at corporate earnings and the impact of the newly implemented Duterte tax package — which is expected to spur consumption and drive growth — for directions in the coming weeks.