Public Transportation: Is it Worth the hassle? 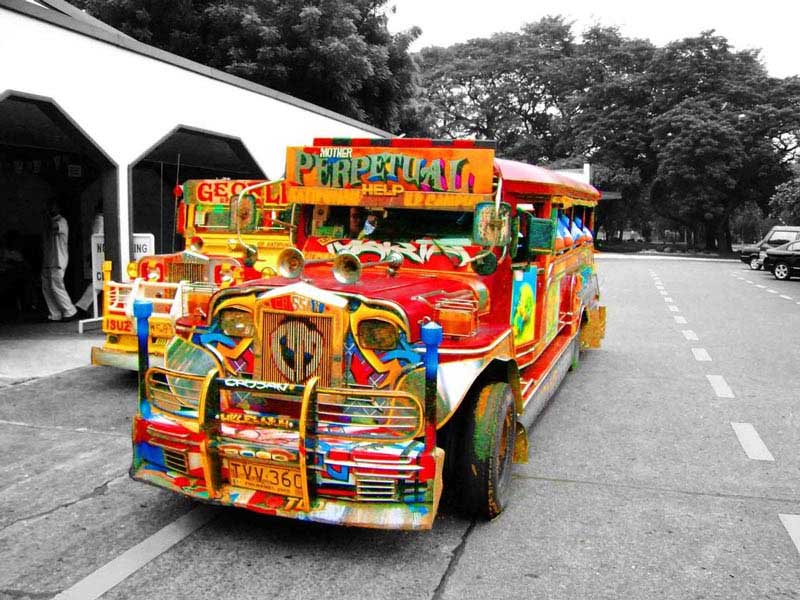 Figures from 2009 show that in the Philippines, the number of motor vehicles, including cars, buses and freight vehicles was measured 33 per 1,000 of the population. Despite the numbers, only a small portion owns private vehicle/s. Let’s look at Metro Manila to understand the dilemma whether or not to purchase a vehicle or use the public transportation. Metro Manila has around 12 million population by day, and 15 million by night. It is known that other provinces go to Manila for work.

In 2012, there were around 1.9 million vehicles registered in Metro Manila alone. This had a significant 15% increase from the numbers in 2008. Now, are you still interested in buying a private vehicle only to end up running 5 kilometers per hour during rush hour in EDSA?

How much is it to ride a jeep these days in Metro Manila? You have to pay a minimum of P8.50 (as of August 2014), and it could go up to as much as P25 especially if you are traveling for longer distances. It is definitely cheaper if you ask the average Pinoy. What about convenience? Nothing really to brag about, you get what you pay for.  A more comfortable version of jeepneys is the FX (family van) taxis though traveling with a fixed route, they get to choose which street to take to reach a particular destination. The fair starts at P15 and up.

Another public transport option is to take the bus. For twelve (12) pesos you can board an air conditioned buses while for ordinary and non air conditioned buses it will cost ten (10) pesos. If the private vehicles are traveling an average of 5 kilometers per hour on rush hour, you may also want to take into account the number of stops that the bus is going to take. Just imagine how much time can be wasted from North Avenue all the way to Taft or even Alabang and vice versa?

Tricycles are widely used in the metro, especially if you are going to use the backstreets. This provides a fast alternative to walking, especially for those located in private villages and subdivisions. How much does one tricycle ride cost? It ranges mostly from just P8 to P40 depending on location.

Taxi is an alternative to those who want to have the privacy of their own vehicle without having to pay thousands or millions. For a taxi, you enjoy the benefit of heading to the less congested streets during Manila’s rush hour, if lucky (as of August 2014 flag down rate starts at 40 pesos). What makes taxis not so popular except during late at night? Well, there are those rude drivers that you encounter now and then trying to hustle some cash from poor commuters. Also, some may even take the longer route just to add more to the meter. And lastly, you have the tampered meters that run like crazy or even impose a fixed absurd fee for your trip.

Now what is the downside of taking the MRT? Chaos. Crowded is an understatement when getting on an MRT coach during rush hour. Long lines, pushing and even pick pockets every once in a while. Who wouldn’t want to take the MRT or LRT without the infamous Manila traffic?

Aside from the MRT and LRT, there is also the PNR or the old train system that has been present since the early 1900s. Though it was recently modernized, the trains just arrive per station every 30 minutes, which makes it less popular than the MRT and LRT 1 and 2 options.

Owning your own car

Deciding to own a car can be a tricky situation. For instance, is the budget. A car can be purchased for as low as P80,000, however, repairs and other maintenance issues may exist. If a brand new vehicle, expect to pay around P1 million or more (be aware of the fact that depreciation is expected especially in the car’s first year. For example, losing P100,000 of the car’s value for its first year. Second hand cars are not useless. Buying a car from 1997 from brands such as Mazda and Honda may cost spend around P120,000 to P180,000.

Soaring price of oil is also one major concern, it is a need. Aside from oil, car insurance and parking fees are too hidden costs. If you live in a condominium, you will also have to worry about the parking space. You need to have your own parking fee or rent one. To sum it up, though you have convenience, you have to deal with the fact that cars can easily become a liability after a few years.

Is it worth it to purchase your own car despite the serious financial drawbacks? It depends on what you are dealing with. There is no general rule that can be applied to everyone. If you live in a condominium and you are blocks away from work, do you really need your own vehicle? You have to look at every angle when it comes to your transportation concerns. If you know just how to evaluate the situation, you may have a wise decision whether or not to take the public transport or invest on convenience.