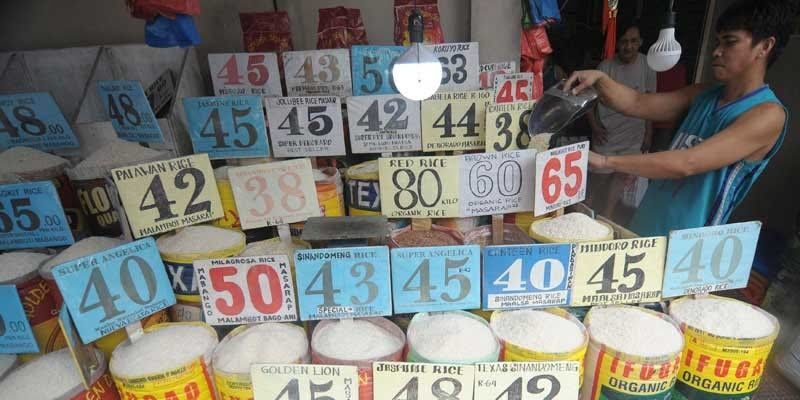 According to the Philippine Statistics Authority (PSA), farm gate price of paddy rice continued its upward trend, rising by nine percent at the start of April. In its regular update on palay, rice and corn prices, PSA said the average price of palay went up to ₱20.55 per kilogram from ₱18.78 per kg last year. Week-on-week, prices were less than one percent lower. The average wholesale price of well-milled rice went up seven percent to ₱40.85 per kg year-on-year. Week-on-week, prices continued to increase by a minimal 0.27 percent. On the other hand, the average retail price of well-milled rice increased by five percent to ₱43.70 per kg. The wholesale price of regular-milled rice climbed by eight percent to  ₱37.31 per kg. Its average retail price also increased eight percent to ₱39.91 per kg.

Rice prices have been on the rise since the start of the year due  to the lack of supply of the cheaper rice from state-run National Food Authority (NFA) which serves as stabilizer in the market to avoid jacking up of the prices of commercial rice. As NFA waits for its stock replenishment via importation, rice millers from Isabela committed to deliver 14,000 bags of rice to be distributed in Metro Manila markets starting next week. This is in line with the Tulong sa Bayan caravan to supply the market with alternative affordable commercial rice in the absence of the cheaper NFA rice.

The rice from Isabela will also be sold at ₱39 per kg, similar to the previous delivery of Nueva Ecija traders last week. The rice will be delivered to various wholesalers and retailers in Tondo, Malabon, Caloocan, Marikina, Batasan Hills and Parkway Village in Quezon City, Parañaque, and in Tanza, Cavite. The Tulong sa Bayan caravan is a joint project of the NFA, Office of the President, the Confederation of Grains Retailers Association of the Philippines Inc., and the Philippine Confederation of Grains Associations.