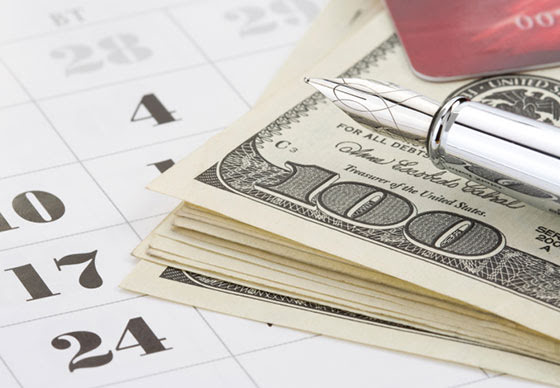 Need a simple savings plan that will get you over P13,000 by the end of the year? Do this reverse 52-week money challenge. Now’s the perfect time to start it, while you’re working on your new year’s resolutions, and if you’re looking for a challenge that will benefit you in the long run, try this on for size.

The reverse 52-week money challenge is a variation on the popular “52-week money challenge,” where people save increasing amounts throughout the year. They start by saving $1 in the first week of the year, $2 the next, $3 after that, and so on, until they save $52 in the last week of the year and end up with $1,378 total. (Of course, we’re in the Philippines, so we’re changing that to P10 in the first week, P20 the second, until you’re saving P520 in the last week, for a total of P13,780 after 52 weeks.)

This plan sounds great, right? Well, yes — until you consider that it’s the last few months of the year that are the most expensive. You may not have P520 to put aside after you’ve bought all your Christmas gifts and noche buena supplies.

Ready to take on the reverse 52-week money challenge? Follow these steps:

Even though these are relatively tiny amounts that you’re saving, doing it regularly adds up to a nice sum (P13,780, to be exact). Check out how your savings will grow if you keep at it, week after week: 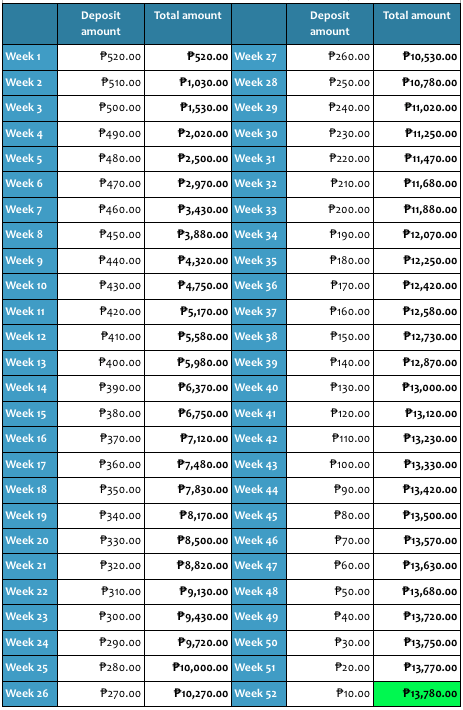 (You can print out this chart for your reference, or download an Excel file here so you can keep track of your savings.)

Hopefully this gets you pumped up to start saving. So what are you waiting for? Make a plan and win the reverse 52-week money challenge in 2015!