Ever got curious how our social media platform giants first came about? It’s definitely more than just bright ideas, getting that personal loan approved, and acquiring the funding to kick start the project. As what these successful internet entrepreneurs can attest, it’s also about timing and luck. And even broken promises, ruined friendships, and million-dollar lawsuits. If we will look at the figures on Google’s valuation and annual revenues, YouTube is presently worth approximately $86.22 billion.

Approximately 4 billion hours of video are viewed on the world’s most popular online video site, with users uploading an average of 72 hours of video per minute. Since its launch in 2005, YouTube has steadily grown from a site that hosts amateur videos to a site that produces and distributes unique content. Thanks to YouTube, the world now knows who Justin Bieber is.

Chad Hurley, Jawed Karim, and Steve Chen, all former employees of PayPal, came up with the idea of YouTube during a dinner party somewhere in San Francisco in 2004. YouTube’s very first video was posted by its co-founder Jawed Karim, which he titled “Me at the Zoo”, featuring himself at the zoo, talking in front of the camera while standing beside a bunch of elephants.

Google saw the huge potential of the online video site and acquired it in October of 2006 for $1.65 billion. That time, YouTube had about 65 people in its employ. In 2007, YouTube launched the Partner Program which allowed ordinary people to make videos and earn from them. By the end of 2007, YouTube’s revenue increased by 900%, and it only kept growing from 26% to 194% each year.

Pinterest was founded by Ben Silbermann in 2010 when he was just 27 years old. At that time, he was designing iPhone apps and building websites for companies when he came up with the idea of a social media platform where you can save images.

Pinterest is a social media platform that provides users with a useful interface to save images and find new ones. It’s a digital pin board and a catalog of ideas for users, with a goal to be a global visual search engine and a platform to advertise brands for businesses.

Its most recent valuation hit $11 billion this year, with the company’s main focus geared towards monetization and revenue growth. Pinterest currently enjoys approximately 250 million unique monthly visitors. It has 176 million registered users, and 100 million active users, 85% of which are female. Twitter was born in 2006, and its original name was “twittr”. The podcasting company Odeo was looking for ideas to reinvent the company and how podcasting was done. However, when Apple launched iTunes, the Odeo’s focus shifted to the idea of status updates consisting of just 140 characters that will function like a short messaging service and let users communicate with a small group.

October of that same year, Dorsey, together with Twitter co-founders Evan Williams, Biz Stone, and other colleagues from Odeo, put up Obvious Corporation. They bought out Odeo from its shareholders and investors. In April 2007, Twitter officially became its own company.

In March 2015, Twitter acquired the live video streaming app Periscope for $86 million. There are 1.3 billion Twitter accounts created, and 310 million monthly active users. Approximately 500 million Tweets are sent every day (about 6,000 Tweets per second). Twitter is currently valued at just over $10 billion.

If you’re now considering what your funding options are and if you meet the basic requirements, you can first check out personal loans in Philippines and review which one best matches your investment requirements.

Snapchat – Life’s More Fun When You Live in The Moment

The idea for Snapchat was hatched in Stanford University by Bobby Murphy, Evan Spiegel, and Reggie Brown. The idea came about when Brown said something about how he wanted this photo he had sent to one girl to just disappear forever. Back then, the app was called Picaboo. It was launched in July 2011 with only 127 users.

In 2011, Brown and Spiegel had a fight about technology patents and equity splits, with Brown wanting 30% equity. Spiegel and Murphy cut ties with Brown and changed the name of the app to Snapchat. By 2012, it had amassed 100,000 users, and shortly after, Snapchat introduced the video snap feature.

Facebook also launched Poke, an attempt to clone Snapchat, but it was a failure and only managed to make more publicity for Snapchat.

Despite the lawsuit filed by Brown against Spiegel and Murphy, Snapchat continued to grow its user base, funding, and app features. By 2013, users were sending over 60 million snaps each day. Shortly after, Snapchat launched Snapchat Stories, and snaps skyrocketed to 150 million per day. It was even reported that Facebook CEO Mark Zuckerberg offered to buy Snapchat for $3 billion. But of course they refused the offer. Today, Snapchat is valued at about $20 billion. 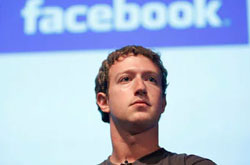 Facebook – Connect With Friends, Family and Other People You Know

Mark Zuckerberg was just 19 years old and a sophomore at Harvard University when he first launched “thefacebook.com”. It was a social networking site designed for Harvard students, who only need to sign up for an account using their Harvard email address. It was an instant hit. Now, over ten years later, Facebook has over a billion users from all around the world.

There’s a lot of controversy surrounding the origins of Facebook. In September 2004, fellow Harvard students Tyler and Cameron Winklevoss and Divya Narendra sued Mark Zuckerberg and Facebook for allegedly stealing their idea from them when they asked Zuckerberg to work on their project called HarvardConnection, now known as ConnnectU.

In February 2008, Facebook and ConnectU agreed and reached a settlement of $65 million.

Currently, Facebook has approximately 1.51 billion active users each month all over the world logging onto their mobile devices. Most of Facebook’s revenue comes from the platform itself, but it has enjoyed tremendous revenue from Instagram, Facebook Messenger, and Whatsapp. It is also generating revenues from the virtual reality company Oculus. Facebook also gets approximately 82% of its advertising revenues from mobile advertisements.

The social networking giant is now worth approximately $350 billion. More than 20% of the world’s population is on Facebook. Analysts predict that its profits will grow about 32% annually for the next couple of years. And according to Forbes.com, Mark Zuckerberg is in sixth place in this year’s World’s Billionaires list.

If you’re ready to put that idea into action, you will initially need money to fund your startup. It’s best to start small then slowly scale up once your concept kicks into gear. You can try borrowing from trusted people but if you’re not keen on this, taking a loan is the next reasonable option. To give you an idea, we have listed down the best personal loans in the Philippines for 2016, which we hope would get your project off to a right start.