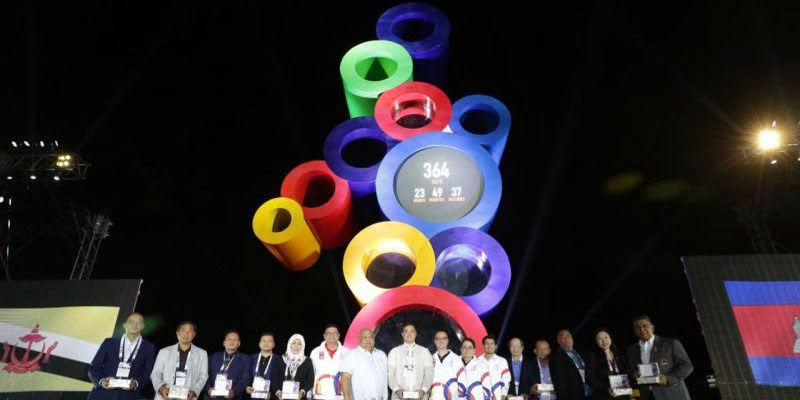 In just a few weeks, the 30th Southeast Asian Games will begin with great fanfare at the Philippine Arena in Bocaue, Bulacan. Athletes from all over the region will come together to compete for gold and glory across 529 events in 56 sports. At its core, this event aims to promote cooperation, relation, and understanding between neighboring nations in the region.

This is the fourth time that the country has hosted the event, the previous ones were in 1981, 1991, and 2005. Originally, Brunei was supposed to host this year’s games, but due to some circumstances, they pulled out. Thus, the Philippines stepped in to take on the role.

In fact, 2019 will be the biggest ever SEA Games in terms of the number of sports. Following are the key highlights you need to know about the upcoming games.

The camaraderie between nations aside, this sporting event is extremely important especially to its host nation. Stakes can be high if this isn’t done right, but when the host nation pulls through, there are some quantifiable economic benefits to gain such as the following:

How the Philippines faired in the SEA Games

To date, the Philippines have participated in 21 SEA games and has bagged a total of 918 gold medals, making it the 4th country in the SEA Games with the most gold medals. Overall, we’ve taken home a total of 3351 medals. The last time the Philippines hosted, we won 112 medals, just enough for us to secure our first general title at the SEA Games.

This year, the record to beat is the previous host of this event – Malaysia. In 2017, they hosted this sporting event and made a record by earning 145 golds and 323 overall medals in 2017.

All 11 members of the Southeast Asian Games Federation (SEAGF) are expected to take part in the 2019 SEA Games. Below is a list of the participating nation and the number of their athletes

What are the sports in the SEA Games?

With a total of 529 events in 56 sports to be contested, this largest edition of SEA Games in terms of the number of sports and events contested to date will provide much sporting entertainment ahead. The following is the list of sports to be held this year with their corresponding number of events:

Esports will be featured as a medal sport at the 2019 Southeast Asian Games in the Philippines. It will be the first time that esports will be contested as a medal event in a multi-sport competition sanctioned by the International Olympic Committee after the discipline featured as a demonstration sport in the 2018 Asian Games in Jakarta, Indonesia.

Four designated clusters or hubs are set for this sporting event, namely Clark, Subic, Metro Manila, and “Other Areas”.

The main hub, which is the New Clark City in Tarlac, is a highlight for many Filipinos this year as its construction was not done solely for the purpose of satisfying the SEA Games, it also kickstarts the development of the country’s soon to be new seat of the government. The construction of the sports complex is also one of the biggest infrastructure projects of the Philippine government, and it was expedited to make sure it caters to the needs of the event.

Meanwhile, the secondary venue will be Subic while the tertiary venue will be Metro Manila and the other nearby areas. Previously the fourth cluster was reportedly known as the BLT (Batangas, La Union, and Tagaytay) Cluster.

Lastly, the Philippine Arena in Bulacan is where the event will kick-off and the closing ceremony will be held in New Clark City.

With 530 events in 56 sports, this year’s SEA Games is set to award 530 medal sets. For Filipino athletes who will be participating in this event, their victories will be sweeter as certain monetary awards will be matched with their wins.

Based on the Republic Act No 9064 Sec 2, also known as “The Sports Benefits and Incentives Act of 2001” national athletes who win gold, silver, and bronze medals in international competitions shall be entitled to cash awards in the following amount:

In the previous SEA Games, the Philippines handed out more than ₱18 million in cash incentives for the athletes who participated and earned a medal in the sporting event held in Kuala Lumpur.

The upcoming 30th SEA Games will commence on November 30 at the Philippine Arena and conclude on December 11 at New Clark City.