SSS Contribution Hike: What You Need to know?

In the 3rd quarter of 2013, the Malacañang Palace has approved of a 0.6% increase in Social Security System (SSS) contributions. This would result in a change in the SSS contributions of employers and their employees. To tell you more, here are the important things that you should know about this contribution hike.

Before and After Rate

The 0.6 increase means that the 10.4% rate for employee’s contribution becomes 11% of a SSS member’s monthly salary credit.  However, the contribution ratio of the employer and employee will remain as 70% and 30% respectively.

According to Emilio de Quiros Jr, CEO and President of SSS, the hike includes an increase in the monthly salary credit ceiling. From 15,000 it will become 16,000.

Reason for the Hike

More Hikes in the Future

On the other hand, de Quiros intends to raise the pension benefits for its members. He said that there would be a 5% increase in the benefits of SSS pensioners which be implemented this year.

For more information here is a table of contributions as of January 2014. 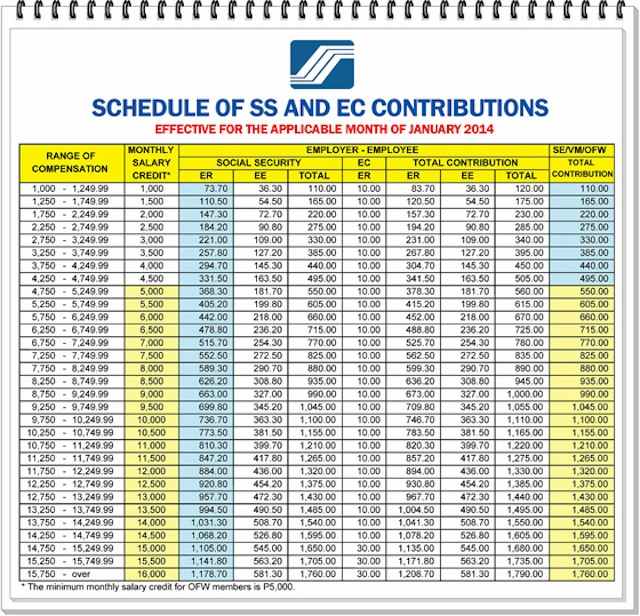