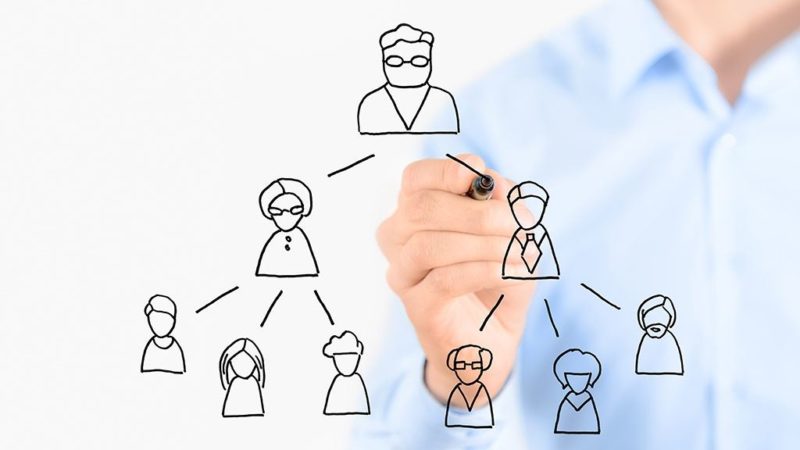 Growing your money through investments is one of the most effective ways to achieve financial freedom – but it is also among the most exploited, at present. Financial scams, especially in the Philippines, are built on this sound notion, but fail to deliver on their promises.

All over the country, Filipinos have fallen prey to them, which has resulted in losses of as much as 80 billion pesos in the last two decades, as well as other dire consequences.

Below is a list of some of the biggest scams in this century.

Promoted as a high-yield investment program or HYIP, FrancSwiss offered investors daily returns of 4.5% on a minimum 1000-dollar investment. So, for every investment of $1,000, investors would gain $45 a day.

The scheme lasted from March to July, and many investors re-invested after earning back their initial deposits. In fact, the company raised over $20 million in only a few months. But after a media report that encouraged investors to withdraw their money, the scheme collapsed.

Many of the SwissFranc’s victims included high-profile individuals, such as celebrities Claudine Barretto and Raymart Santiago. In 2007, the National Bureau of Investigation filed syndicated estafa charges against Eleazar Castillo, its chief financial adviser, as well as nine other people, which included an American and two Singaporean nationals.

Affecting more or less 130, 000 depositors in the Central Visayas alone, the Legacy Group scam is described by the Bangko Sentral ng Pilipinas as a “swindling syndicate”. Its late owner, Celso delos Angeles, allegedly masterminded a scheme that led to the collapse of 12 rural banks, as well as 3 pre-need firms. He was charged with multiple syndicated estafa charges and the “creation of fictitious loans.”

While it was going on, delos Angeles reportedly misused public money in the Legacy banks and their other investment instruments to siphon them into companies and accounts that were under his control. Acting as a lender, his group offered a “Motorcycle Loan Program” and an “Investments Loan Program” that had “fake borrowers” signing loan documents in exchange for commissions. These “fake borrowers” then seemed like they withdrew funds from their banks, when in fact, the money was siphoned to delos Angeles’ accounts.

In addition, the Legacy Group offered:

Hybrid years schemes. These came in two formats: five years and six years. In the hybrid five years scheme, the group promised 20-percent per annum interest, where the first interest was given directly to the depositor. Succeeding months would get them monthly payouts equivalent to a 20-percent interest per annum, and they would get back their principal deposit by the maturity of the scheme.

3-year Buy-Back scheme. In this scheme, the Legacy Group promised depositors that their deposits will double in three years. Furthermore, investors will get 12-quarterly post-dated checks that will earn them double the amount of their original investment. This particular scheme was so popular that it went beyond Leyte, where it was started, to attract investors and depositors from Samar and other areas.

The Legacy Group left behind a financial mess worth almost 30 billion pesos; at present, the Philippine Deposit Insurance Corporation said it has already shelled out a total of P11 billion to depositors. delos Angeles died in 2012, but his failing health prevented him from being arraigned on many of the charges filed against him.

Reported as a pyramid scheme by the National Bureau of Investigation (NBI) in 2012, Aman Futures reportedly duped about 15, 000 people in Visayas and Mindanao of about 12-billion pesos of their hard-earned cash. It was centered around commodities-trading investments and promised an 80-percent return to investors within 20 days. According to the NBI, it affected more than 100, 000 Filipino families. And among the victims were twenty-one police officers and two fire officers, who filed syndicated estafa charges against the company.

Aman Futures was founded by Manuel K. Amalilio, a Filipino of Malaysian descent. Shortly after he was linked to the multi-billion peso scam, he fled to Malaysia, but was arrested in Kota Kinabalu and sentenced to two-year imprisonment. Other chief figures in the scam were Pagadian City mayor Samuel Co and his wife. Co was later dismissed of his estafa charges, while his wife had, at the time, were already out on bail.

Aman Future’s founder got out of prison in 2014 and, to this day, has not been extradited back to the Philippines after the Malaysian Department of Foreign Affairs declined the country’s request for extradition.

Emgoldex was sued by the Securities and Exchange Commission in 2015 for selling investment schemes without a license, as well as its related entities Global Intergold and Prosperous Infinite Philippines Holdings Corporation. The SEC also filed a cease-and-desist order against the firms.

Emgoldex, like many of the scams on this list, offered a get-rich-quick scheme that promised investors significant returns on their investments. The company, in simple terms, buys and sells gold bars. But according to their scheme, a ₱1000 investment can yield ₱5,000 – ₱10,000, while 35,000 pesos can yield ₱ 180,000 to ₱ 360,000. For these returns to manifest, investors must recruit at least two people.

Emgoldex used social media, particularly Facebook, for marketing and recruitment. And many of their victims were typically young or working overseas.

Emgoldex has been banned in Finland, Colombia, Panama, and Estonia. Similarly, its operations in Massachusetts in the US has received a cease-and-desist order.

Last but definitely not least of our list of the top financial scams in the Philippines are the Ponzi schemes that swept through Mindanao earlier this year. One prominent program was KAPA, a religious institution that allegedly mandated members to put in investments for a 30-percent return every month. Its founder, Pastor Joel Apolinario, called these donations “love gifts” or “blessings.”

Started in 2015, Kapa investors donated between ₱10,000 to ₱2,000,000 to help the ministry in delivering “propagation of the religious faith, establishment of livelihood programs for the benefits of its members.” In return, they will enjoy a 30% monthly interest through the ministry’s investments, for life. So, an investment of ₱10,000 will yield ₱36,000 a year, every year, for as long as the investor was alive.

At least, that was what it purported to do. Last June 4, the Court of Appeals (CA) ordered the freezing of Kapa’s bank accounts and assets, upon the petition of the Securities and Exchange Commission and the Anti-Money Laundering Council. According to SEC Chairman Emilio Aquino, KAPA had been engaged in a Ponzi-scheme that “[a]s sure as the sun will rise in the east tomorrow, […] will never be able to sustain that […] 30% return per month for life.”

Another popular one is Rigen. Founded in Tagum City, RIGEN Marketing reportedly aims to “help the financial needs of individuals by providing a concrete system allowing ordinary people to have solid additional income” through delivering a 400-percent return on investments in only 30 days.

The scheme is said to be operated by “big players” in foreign exchange and crypto-currency trading, which allows it to offer these promised returns below:

The Securities and Exchange Commission has imposed a cease-and-desist order on Rigen, following President Rodrigo Duterte’s closure order of all Ponzi-like investment schemes.

While many of their members and supporters would argue that Rigen and Kapa’s main source of revenue is “trading” and “crypto”,  but there is little to no proof that they’re actually engaged in such.  Instead, all signs point out to them running a ponzi scheme type of investment. Besides, every well-informed investor knows that legitimate trading can’t guarantee such a high return with such a low risk. The same thing applies to cryptocurrency – even when it was on its all time high, it was extremely volatile that a consistent high return is not a guarantee.

How to Spot Financial Scams

While it is not wrong to want to attain more financial leverage in life, it pays to know exactly what we are getting into so that we can get the promised return. In the case of financial scams, there are typically telltale signs and red flags that we can identify so we can prepare for them accordingly.

Take not of these!

If any of the above is a main feature in an investment program that you are considering, be warned. Conduct your research accordingly, to make sure that you can establish that the company uses an authentic and approved method of funds management before you trust it. Also, double-check everything with the government and its data.

For instance, make sure that it is registered with the SEC, or if it’s an insurance product, check with the Department of Finance’s Insurance Commission. Lastly, don’t forget that if it’s too good to be true, chances are, it really is.