What Can You Buy With P1.2 Billion?

If you’ve been following the news, you’ve seen the senate hearings about the allegedly overpriced Makati City Building. And now, there’s “Hacienda Binay”, which former Makati City vice mayor Ernesto Mercado estimated to have cost around P1.2 billion at a Senate hearing. For his part, Vice President Jejomar Binay has denied that he or his family is the owner of this property: 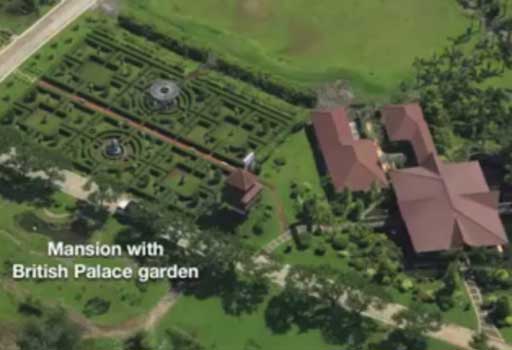 But for us regular folk who don’t have billions sitting in our bank accounts, it’s hard to wrap our brains around these amounts of money being thrown around. So here are some other things you can buy with P1.2 billion (almost $27 million), if haciendas with Alice in Wonderland hedge mazes and air-conditioned piggeries aren’t your thing. 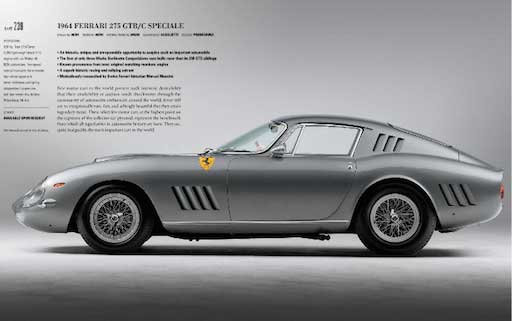 This car sold for $26.4 million at an auction earlier this year. Although its racing career was brief, it finished third overall at the 1965 24 Hours of Le Mans, a record that has stood as the best finish by a front-engined car to this day. Besides the one that was sold, there were only two others of this model made, but they’ll probably never go on sale. Don’t drive this in Manila, though; it’ll only get stuck in traffic.

If you liked it, then you should have put a Wittelsbach-Graff Diamond ring on it. This 31.06-carat dark blue diamond is also internally flawless. It traces its provenance back to King Philip IV of Spain, and was bought at an auction in 2008 for £16.4 million (almost P1.2 billion). Talk about bling. It’s fun imagining how to foolishly spend obscene amounts of money, but let’s turn to more practical uses now. According to Department of Transportation and Communication (DOTC) Secretary Joseph Emilio Abaya, secondhand coaches from Metro de Madrid from Spain would cost around $800,000 to $900,000 each, while a brand new one from the Czech Republic would cost $3 million. Adding more train cars to the MRT system will ensure more frequent arrivals and less congestion on trains, so buying them would be a great relief to our suffering MRT passengers.

One undergraduate year at Ateneo costs a total of P84,206.95. With P1.2 billion, you could fund the whole college educations of 3,562 students — assuming they finish within four years and the prices don’t change. You could feed everyone in Cebu (population: 4.1 million) two ChickenJoy with palabok value meals (P135), and you’d still have almost 690,000 value meals left over. Let’s hope they like Jollibee. What would you do with P1.2 billion?