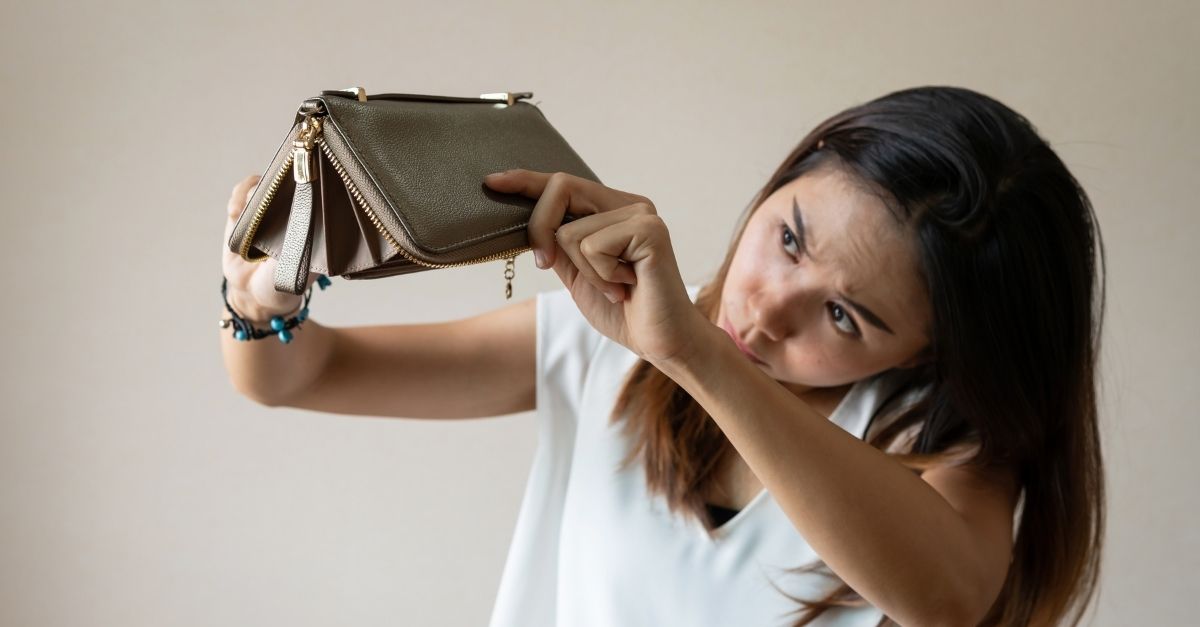 Why It’s More Expensive To Be Poor In The Philippines

According to the Philippine Institute for Development Studies (PIDS), poor households are those whose income fall below ₱9,520 per month. While the income group who earns somewhere between ₱9,520 to ₱19,040 are considered low income but not poor. While both groups have a glaring difference in terms of the monthly wage, poverty incidence on both is inevitable due to the rising cost of living, especially in Metro Manila.

With a wage that could barely keep up with the cost of living, the painful truth is that poor people pay more out of pocket when we take into consideration their income to expenses ratio. In fact, that’s just the tip of the iceberg.

There are many hidden costs and financial traps that make poverty more expensive than it already is, and in this article, we discuss all of that.

Banks will charge you more

Banks have made our lives so much easier, giving us access to basic financial services such as ATMs and checking accounts. While these are generally accessible, having less money would mean that banks could charge you proportionally more for these services.

The business of banking is about accruing interest from the money in your accounts. This means that the lower your balance, the fewer chances you have of becoming a profitable client.  Maintaining high-yielding savings accounts for one can cost money if you can’t meet the bank’s monthly maintaining balance requirement.

For example, BPI charges ₱500 per month for their more premium savings accounts if you don’t meet the required monthly balance, and ₱30 a month for dormant accounts.

Even cash withdrawal can be a more difficult situation with low-income earners. Withdrawing more money from an out-of-network ATM usually incurs additional transaction fees. These fees are not very high, but they can add up over time and hurt those who are already living hand-to-mouth.

It’s no secret that a lot of poor households in the country turn to loan sharks, payday lenders, and even 5-6 for financial assistance. These types of lenders are notorious for steep interest rates, where they often charge twice or three times more than banks or even up to 20% a month!

It’s no surprise why informal microlenders have become common in the country and “5-6” has become part of the poor Filipino culture. A regular personal loan from banks would only charge you twenty percent per annum on average while these 5-6 regulators or even those payday loans where you use your salary’s debit card as collateral charges as much but for only a month!

They’re the only financial resources that low-income Filipinos could turn to in times of desperate need.

Daily living is more expensive than it already is

Simply making it from day to day is also expensive if you don’t have enough money to do things efficiently. Ideally, bulk buying at the supermarket would be the best option to save other expenses such as transportation and service fees. But this option would not be available to many poor people. Even if they would have the cash to purchase bulk at one time, they would have a hard time doing so due to lack of transportation and accessibility.

Speaking about accessibility, poor people often live in places where they lack mobility and access to supermarkets. So they depend on local convenience stores like sari-sari stores where the price for goods would be much higher.

This is not to say that sari-sari stores are bad; it’s given us Filipinos a good business opportunity from our homes even before “Work From Home” jobs became a thing. But in the perspective of efficient money spending, sari-sari stores have perpetuated the practice of buying per piece or “tingi” like a sachet of shampoo or deodorant. It may seem like it saves us money now, but in the long run, it costs more.

That’s ₱0.875 to ₱3.875 difference for a shampoo that’s only good for 2 uses at most! That price difference adds up in the long run and could easily amount to hundreds if not thousands of pesos which you could’ve spent on other essentials.

In a way, poverty paved the way for our “tingi culture” – a buying practice that is costing us more money than we realize.

Little to no healthcare coverage

Nowadays it’s become a common practice for many struggling Filipinos to seek financial assistance publicly through social media as a last resort for emergency situations. And we can’t blame them for doing so because first of all, Philhealth’s coverage isn’t as comprehensive as we all wish it would be, for starters, the highest compensation rate for non-critical cases is ₱12,000, while Z-benefits provide a more generous coverage, its scope is mostly for critical illnesses and isn’t that applicable to the day-to-day healthcare need. Secondly, health insurance costs money.

For people who barely earn just enough to pay their rent, bills, and put food on the table, access to health insurance may be considered a luxury; even if it could potentially provide life-saving financial assistance.

Hopefully, the implementation of the Universal Health Care law can alleviate this condition for the poor. In the meantime, spending on even a simple visit to the doctor is going to be a choice between putting food on the table or taking care of one’s health for the categorically poor in the Philippines.

Time and inflation are your worst enemies

Inflation reduces the buying power of a single peso over time. While a price increase of 4% each year doesn’t sound like much, it makes things more difficult for those in low-income groups.

In general, inflation hits basic commodities such as food and rent the hardest. This means that as a low-income person, a huge percentage of this inflation would go to these basic costs that you spend.

Furthermore, these lower-income groups are less likely to have their money stored in investment options. Meaning that their savings are actually losing value each year.

Probably the worst part of becoming poor is when all these pressures would finally take a toll on you. When this happens, things would only get worse. You will have to constantly make life-and-death decisions when it comes to prioritizing your spending. You have to choose between two equally important goods so you end up sacrificing the other. You might find yourself missing a bill just to put food on the table.

Psychologists call this state of mental burnout decision fatigue. When this happens, people could make poor choices as a result of taking in so much pressure. Bad decisions often arise so people can make a quick fix even though it would cause more problems in the long run.

Moreover, poverty also causes mental distress to the point that you fixate too much on the scarcity of resources that you forget the bigger picture. When a mother would buy 5 boxes of powdered milk only to miss paying for rent, you know that poverty burnout has already taken a toll on her.

Once you see someone spending long hours trying to improve their financial condition, don’t simply call them a “workaholic”. They are simply trying their best not to live in a world where a new set of rules apply. Poverty is a pressing issue that we all should actively fight against, especially in the Philippines. It takes a toll on families and on people’s lives and mental state. When you find yourself in a wiggle-room, be grateful for it and don’t take it for granted!